"In its obsession with Israel, anti-Zionism is a pathological worldview; even absent the obvious anti-Semitic motifs, it’s hard to see how contemporary anti-Zionism can claim the mantel of a progressive ideology" 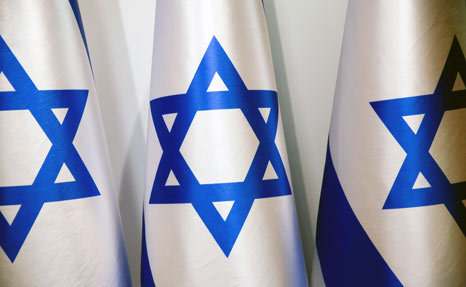 Defining anti-Zionism should be easy. It is, as the name would suggest, opposition to Zionism. And since we all know what Zionism is, anti-Zionism should in theory be considerably simpler to define than, say, anti-Semitism, since there is no such thing as “semitism” which the anti-Semite opposes.

Zionism, on the other hand, has an easily accessible definition: It is the national liberation movement of the Jewish people which culminated in the establishment of the State of Israel in 1948. It is the idea that the Jewish people have the right to self-determination in their historic homeland just like any other people.

And yet, it’s not that simple to define anti-Zionism. What does it mean in 21st-century political life to be an opponent of Zionism? And what relation if any does anti-Zionism have to anti-Semitism, or criticism of Israel?

In fact, these three concepts — anti-Semitism, anti-Zionism, and “criticism of Israel” — are best conceived of as three completely different phenomena with occasional affinities, overlaps, and shared origins, just as we might conceive of irony, sarcasm, and cynicism as three related but ultimately different concepts; it is always possible for something to be ironic and sarcastic, or sarcastic and cynical, or all three, or none. But these are still three fundamentally different phenomena.

So is it with anti-Zionism, anti-Semitism, and for that matter, “criticism of Israel,” three separate concepts which sometimes overlap in making use of the anti-Semite’s triangle of blood, conspiracy, and money. It’s common to hear anti-Zionist rhetoric about Israel the murderous, child-killing enterprise (blood), or to hear anti-Zionists talk about how Jewish concerns over anti-Semitism aren’t genuine but rather a fake ploy to silence critics (conspiracy), and that these efforts are buttressed by wealthy lobbyists whose benjamins hold the media and the establishment financially hostage (money).

And yet, not all anti-Zionism or criticism of Israel takes this form. After all, statehood for the Jewish people has not been an uncomplicated affair, raising as it does questions about the status of Jewish minorities outside of Israel and the status of non-Jewish minorities inside, as well as conflicts over religion, borders, language, migration, and more.

Zionism emerged at the same time as other movements of national liberation in Europe and the Mediterranean. As multinational empires in central and eastern Europe, as well as north Africa and western Asia, were disintegrating into majority-based nation-states, the need of the Jewish people for the safety of territorial self-determination was as acute as any other people’s. In fact, it was much more acute, as Jews were particularly threatened by centuries-old Christian and Muslim anti-Semitism.

In the early days of the modern Zionist idea, however, there were many Jews who opposed Zionism. Some disagreed with the idea on religious grounds and others on practical grounds. While Zionists saw statehood as the solution to the problem of Jewish life as a persecuted minority, others believed that the solution was migration to America, or transnational socialism, or revolutionary communism, or religious orthodoxy, or even folding Jewish life into French or German (or other) nationalisms.

These forms of anti-Zionism were neither criticisms of Israel (obviously, the state did not yet exist) nor were they in any way anti-Semitic. On the contrary, this kind of anti-Zionism was promoted mostly by Jews who were just as concerned with the fate of the Jewish people in a hostile world as the Zionists were; they only disagreed as to the proper course of action.

This mostly Jewish tradition of anti-Zionism has largely ceased to be relevant. The argument has been settled, and the State of Israel has existed for seventy-two years now.

But another intellectual tradition exists in parallel which seeks to appropriate the term anti-Zionism when its goals and methods could not be more different. This is the belief that Israel, and uniquely Israel, should not exist at all, that its birth was a crime, and that its continued existence is somehow an affront to all decent human values.

This version of anti-Zionism is not so much an ideology as an organizing worldview that places Israel at the center of all that is evil. And as such, it is pernicious in its own way, even when it doesn’t explicitly resort to the anti-Semitic triumvirate of blood, money, and power.

In its obsession with Israel, anti-Zionism is a pathological worldview; even absent the obvious anti-Semitic motifs, it’s hard to see how contemporary anti-Zionism can claim the mantel of a progressive ideology. The belief that only one people’s national liberation is a crime while everyone else’s should be celebrated simply isn’t coherent, and it’s particularly jarring when it comes from people who claim to identify so passionately with the cause of Palestinian national liberation.

To claim roots in an earlier Jewish tradition of anti-Zionism is patently fraudulent. There is a difference between someone sitting in a cafe in Vienna in 1920 arguing that the re-establishment of a Jewish sovereignty in the Land of Israel might not be the most effective safeguard for the precarious existence of Jewish minorities in Europe and the Middle East, and someone sitting in an Upper West Side Starbucks in 2020 and arguing for the elimination of an existing state which is home to an existing political community with its own language, flag, and government.

And the effect is even worse than the intent. Were anti-Zionists able to succeed in dismantling the world’s only Jewish state, they would be casting Israel’s six million Jews into the grim fate of a hated minority in the overwhelmingly Arab and Muslim Middle East. They would be creating an unimaginable humanitarian catastrophe where one has just been solved in living memory.

It’s not entirely clear why we even need the term anti-Zionism. If it were genuinely just a term to describe criticism of a state, why should it be necessary? We are able to criticize Russia and Venezuela and Hungary without needing a special word for it.

If, in contrast, it is a word for advocating the destruction of an existing state, then it must be asked again, why hide behind such an obfuscating term? And why are there no comparable movements advocating the destruction of any other state in the world save Israel? Is Israel the worst state out there? Or does the belief that it might reveal more about the mindset of the anti-Zionist than about Israel itself?

It is at the end of the day anti-Zionism, not Zionism, that needs to be able to make a case for itself. It is anti-Zionism, with its attribution of cosmic evil to one people and its yearning for the cleansing process of eliminating one political community, that should be treated as the pathological bigotry it is.

Focusing only on the question of whether anti-Zionism is anti-Semitic or not is a barren exercise. Anti-Zionism may share many intellectual roots with anti-Semitism; it may constantly express itself with the anti-Semites’ triangle of blood, conspiracy, and money. But understanding the roots of an intellectual phenomenon and making a normative assessment of it are not the same thing.

Anti-Zionism should be assessed and judged on its own terms. And those terms are plenty pernicious, even if they could actually manage to steer clear of anti-Semitism.

The article was published in the Forward.

Tags:
Center for Governance and the Economy