The Supreme Court’s decision to recognize conversions performed by private Orthodox rabbinical courts in Israel is nothing less than a historic drama. The immediate significance is the loss of the Chief Rabbinate’s Orthodox monopoly over conversions, but it’s also a milestone in the privatization of religious services on the road to the Chief Rabbinate’s loss of relevance. Originally published by Haaretz. 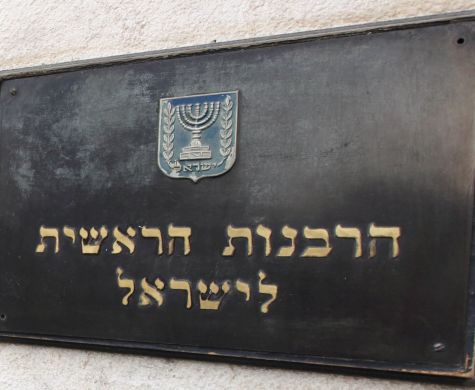 The Supreme Court’s decision to recognize conversions performed by private Orthodox rabbinical courts in Israel is nothing less than a historic drama. The immediate significance is the loss of the Chief Rabbinate’s Orthodox monopoly over conversions, but it’s also a milestone in the privatization of religious services on the road to the Chief Rabbinate’s loss of relevance.

Until now, anyone who converted in Israel through an Orthodox rabbinical court that didn’t belong to the official rabbinical court system wasn’t recognized as a Jew. For his conversion to be recognized and for him to have a right of return – that is, a right to Israeli citizenship on the basis of being Jewish – he was forced to use the services of the conversion-court monopoly, run according to the rabbinate’s stringent religious policies.

Now, thanks to the High Court of Justice, even someone who converted in an unofficial Orthodox rabbinical court will be recognized by the state as a Jew. Any Orthodox community that so desires will be able to establish a conversion court and allow any person who so desires to join the Jewish people through a friendly process that still adheres to the standards of Orthodox religious law. Today there are many Orthodox alternatives for conversion.

The High Court’s decision will affect not just those seeking to join the Jewish people but also relations between religion and state in Israel. In recent years there has been a trend toward privatizing religious services. Individuals and organizations have had it with the Chief Rabbinate’s monopoly over religious services in areas like kashrut, marriage and divorce, and conversion. Israelis who care about their Judaism but seek to shape it in isolation from the religious establishment are circumventing the institutionalized religious services and creating alternatives for themselves.

The court’s ruling gives this trend a push; it deprives the Chief Rabbinate of another power center and moves it into the hands of individuals. For instance, when converts who converted through a private rabbinical court want to get married according to Jewish law, they will presumably once again need nonestablishment religious services because the rabbinical establishment won’t recognize them as Jews. Thus in the end the barrier to Orthodox marriages outside the rabbinate will be broken.

Chief Sephardi Rabbi Yitzhak Yosef harshly criticized the court’s ruling and called it a scandal. But the official rabbis ought to read the ruling. It contains no interference in religious issues.

At any time during the many years these cases were in court, the Interior Ministry, the rabbinical court system and the Chief Rabbinate could have settled the dispute out of court, and the Supreme Court even expressed hope they would. But rigidity and a refusal to give an inch apparently prevented the system from reaching a compromise. The religious establishment’s leaders in recent years opted to “uphold the law even if the heavens fall” – and in the end the heavens fell on them.

The High Court’s ruling and the trend toward privatizing religious services once again raise the question of whether there’s any need for the Chief Rabbinate. Once, the Chief Rabbinate was the address for any Jewish issue. Today, it’s mainly a bureaucracy through which a small group of wheeler-dealers accrue political and economic power. Is there any need for it? Is there any justification for its existence?

Even if the answer to these questions is yes, a dramatic reform of the Chief Rabbinate, the rabbinical court system and religious services is needed. Meanwhile, it’s vital to continue pushing alternatives and provide Israelis with the religious services they deserve – user-friendly services in accordance with their religious beliefs.

Tags:
Judaism and Democracy,
Conversion to Judaism,
Religion and State,
Center for Religion, Nation and State