The Oscar award-winning “Spotlight” captures the mix of frustration, joy, drudgery and thrill that goes into every great investigative story, reminding viewers of the power of investigative journalism to reveal the abuse of power in the public and private sectors. Could the Pulitzer-prize winning work of the Boston Globe be replicated today? 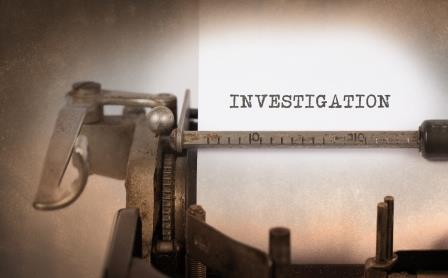 The Oscar award-winning “Spotlight” captures the mix of frustration, joy, drudgery and thrill that goes into every great investigative story, reminding viewers of the power of investigative journalism to reveal the abuse of power in the public and private sectors.

The Boston Globe’s Spotlight team uncovered almost 250 Catholic priests in Boston who had molested children over several decades. The church had shuffled many of the predatory clergy from parish to parish to help prevent their crimes from being exposed. Once the story reached the masses in early 2002, more adult victims came forward, no longer believing they were alone in what had happened.

Could the Pulitzer-prize winning work of the Boston Globe be replicated today?

Unfortunately, resourceful and brave investigative journalists are hard to come by in 2016. They are buried in an era before social media, a time when people got their news from the newspaper, and when trust in journalists was high.

There are those who argue that in a digital world of social media and blogs, there is no longer a need for mainstream media. After all, the information is out there somewhere and someone in the crowd is likely to volunteer to share it. Perhaps, too, social media has replaced the need for investigative reporting. In a situation like that which occurred in Boston, maybe all it would have taken was one victim to post on Facebook that he had been molested and then others would have come forward, as well. The famous actor Bill Cosby was brought to his knees by social media. Once the first reports hit the media, a fresh one popped up almost every day – usually reported first through online or social media.

Nonetheless, the loss of investigative journalism is not something we should so readily accept. The problem is not only one of relying on viral posts or “volunteer” writers who don’t get paid. Mainstream media outlets provide a number of benefits that social media cannot.

The first two benefits are obvious: the ability to employ journalists to work on stories for a longer period of time, knowing that in the end sometimes nothing comes of a journalist’s research, as well as maintaining insurance funds to pay for libel lawsuits.

Another important benefit has to do with the relationship of a media outlet with its community. The well-known African proverb teaches us that, “It takes a village to raise a child.” It also takes a village to molest a child, to enable corruption, to sustain social ills. Within the pressure created by the village, traditional media can back-up their journalists, especially in instances where the entire community and/or its key establishments are fighting to prevent a certain story from coming to light.

If there is something that can be learned from Spotlight, it is that not everything that comes from investigations is easy for the community to accept. But, we must be very careful not to ground the ethos of investigative journalism when the result does not find favor in the eyes of the public.

Earlier this year, when award-winning Israeli Channel 2 reporter Ilana Dayan worked to expose the true face of a handful of anti-Israeli NGOs, uncovering that a particular Palestinian activist was informing on his own people, which in some cases led to their death, she was vehemently attacked and threatened. Will she ever choose to investigate like this again, without the public’s support?

Finally, mainstream media provides consumers of information three essential components going back to the time of Aristotle: explanation of facts, context, and most importantly, a story with a beginning, middle and end – one that connects the dots.

“This story, this reporting, it connected the dots, and that is what sort of blew the roof off of this crisis,” said Spotlight movie director Tom McCarthy in an interview with National Public Radio, noting how the Boston Globe story led to the discovery of instances of abuse all over the country.

Piecemeal accusations (in the case of victims of abuse), anti-democratic shifts by one office of government and then another (threatening trends), might never be uncovered if not for the good work of investigative journalism.

In 2016, it will take a village to buttress those who are capable of holding up a mirror to society: investigative journalists.

Investigative journalism has vital bearing on democracy. Given the kind of role that media is supposed to play in a democratic society, the demise of investigative reporting should be a matter of serious concern.

This article was originally published by the Independent Journal Review.