This study provides first-ever reliable estimate of the rate and scope of transitions into and out of the ultra-Orthodox community; an analysis made possible thanks to innovative methodology and a rich dataset.

The findings of this study (and others) reveal a high correlation between the characteristics of the “leavers” and the “joiners,” (particularly in the Sephardi community: In the 19–25 age group, at least 28% of the “leavers” are children of parents who made a transition in the opposite direction and became ultra-Orthodox (“ba’alei teshuva”).

According to our projections, the overall number expected to leave the ultra-Orthodox sector between 2017 and 2067 is approximately 420,000—around 40,000 of them in the coming decade, and an additional 55,000 in the decade after that. These will be added to some 35,000 young people (aged 20–39) who have left the sector in the recent years and are making their way in Israeli society and in the labor market.

We hope that the findings of this study will make it possible for government agencies to take into account the unique characteristics of this population in the future, in order to formulate policies that will facilitate its optimal integration.

In this context, an important (and surprising) finding, which goes against what has been conventional wisdom until now, is the fact that the leaving rate among women is only slightly lower than that among men. While most of the younger “leavers” are men, among the older age groups the gap is much smaller, indicating that women leave the ultra-Orthodox sector at a later age than men. This may stem from the fact that the price of leaving is higher for women, and the reactions of the community much harsher (Horowitz 2018). As a result, women might prefer to conceal and delay taking steps to leave the sector. This finding highlights the need to look more closely at the population of women “leavers”, who need support and direction no less than men, (and perhaps even more), and yet the agencies that could provide help to them seem to be less familiar with their challenges. On the other side of the equation, the number of “joiners” constitute a significant portion(about 15%) of the ultra-Orthodox sector . This is a group with very specific characteristics and needs, encountering significant difficulties in integrating into the ultra-Orthodox community, and sometimes experiencing the alienation of the community’s main core. As noted by Malchi (2016), this group “faces difficult choices and challenges as to its social standing, complicated spousal relationships, and with regard to their children’s education, as well as the question of its integration within the general ultra-Orthodox population, which can often be ambivalent toward ba’alei teshuva, even years after their transition to ultra-Orthodoxy.”

This population differs from the veteran ultra-Orthodox population in various respects, including in its geographical distribution, level of formal education, access to public resources and funding, and with less access to community support. It is important that policymakers be provided with accessible information on the particular needs of this group, as well as with data on its size and characteristics, and take this information into account will be in the formulation of policy for the ultra-Orthodox sector.

Figure 3. Numbers of people who have left the ultra-Orthodox sector compared to the number who joined it, by year of birth, 2017 (ages 20–64; in thousands) 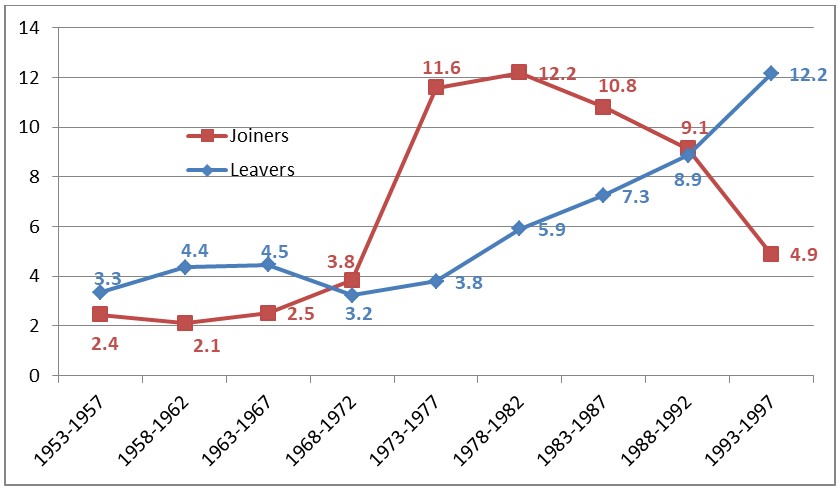 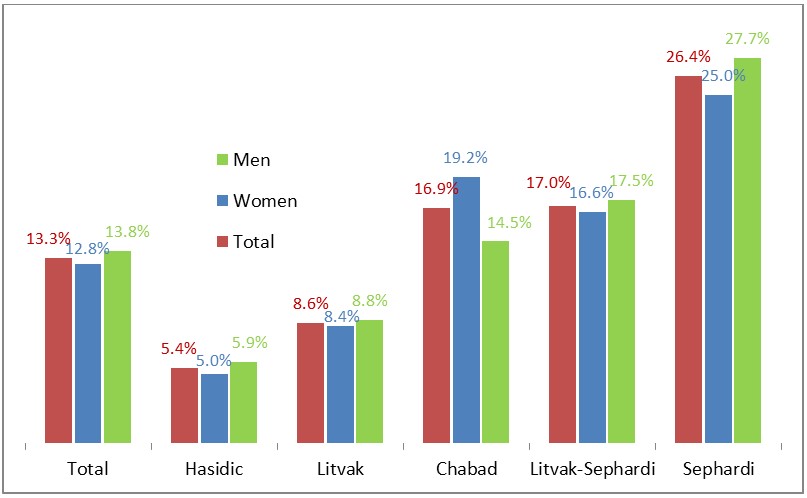 Figure 7. Level of current religious observance among people who left the Haredi Sector, by ultra-Orthodox faction and current religiosity, 2017 (ages 20–64; %) 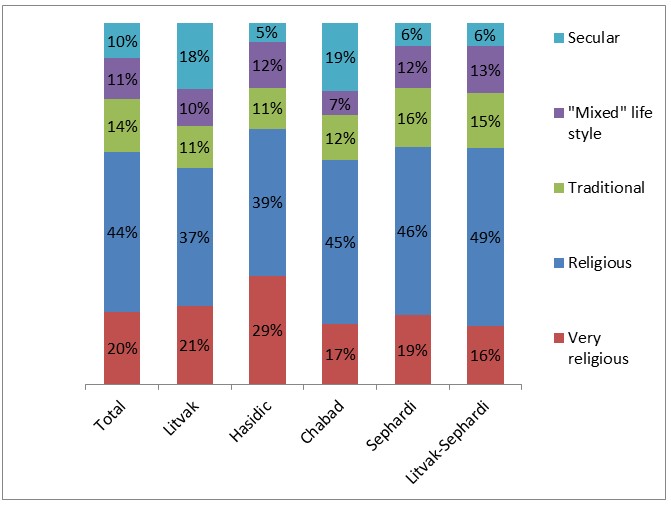 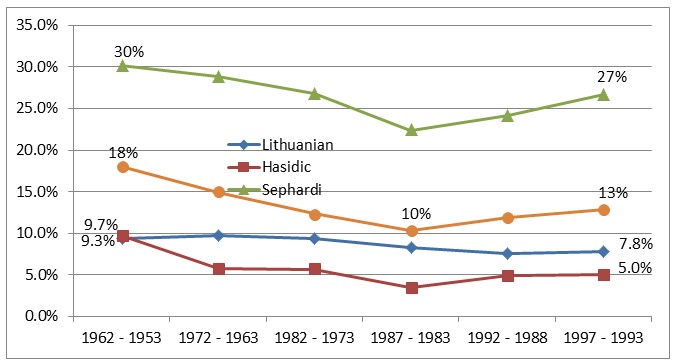 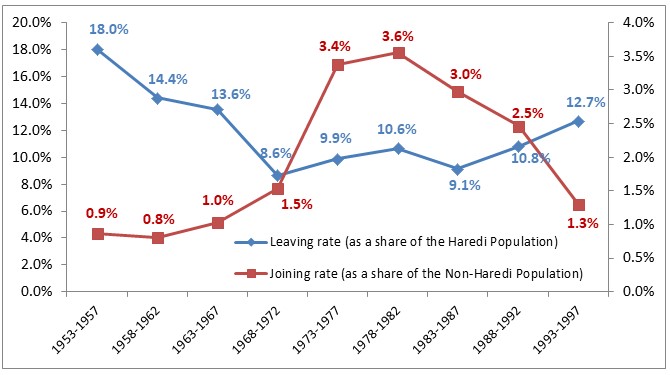 Figure 16. Share of Young adults (ages 19–25) not defining themselves as ultra-Orthodox, by type of Education they and their parents received at youth, , 2014–2019) 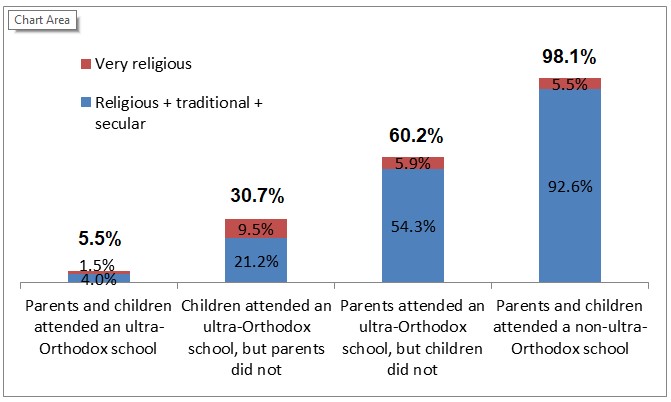 The findings on the relatively high leaving rates in the ultra-Orthodox sector compared with low joining rates raise questions regarding the future impact of these transitions on the size and demographic composition of the Jewish population in Israel. Though we cannot know for certain what these rates will be in the future, we can reasonably and cautiously use the current trends as the basis for more updated demographic projections, which take into account the transitions between the different sectors.

Figure 22. Demographic projections adjusted for leaving and joining rates in the ultra-Orthodox sector versus CBS projections, 2017–2067 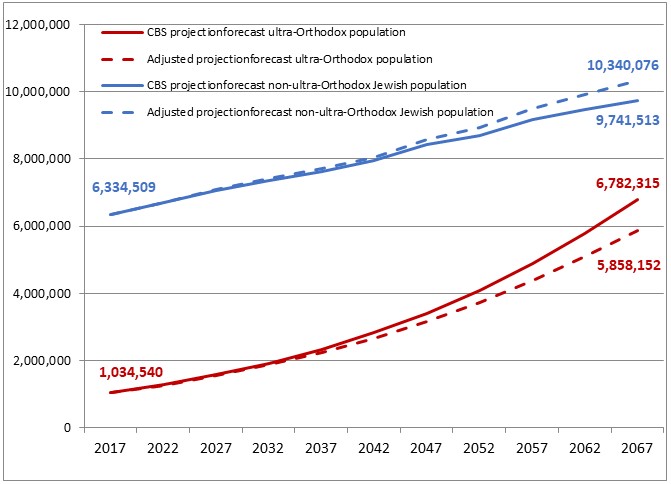