A decade since the 2011 social protest, most Israelis think the social protest has failed to achieve its goals, with rising housing prices and growing gaps between rich and poor. On the other hand, most of them believe that the Balfour protest from the past year has actually succeeded. And despite everything, a large majority of the Israeli public still believes that public protests are an effective tool for influencing government policy

• A large majority (71%) of the public believe that public protest can have an impact on government policy in Israel.

• Assessment of the success of two large waves of protests - that of 2011 (the “tent” protests) and that of 2020-2021 (Balfour protests, adjacent to the Prime Minister's residence) - are reversed: a small majority (54%) believe that the 2011 protest failed to achieve its goals, around a quarter think it was successful and the rest don’t know, while almost the same majority (56%) estimate that the Balfour protest did succeed (30% - said it failed and 14% do not know).

• A large majority (75%) oppose non-compliance with the law and with police directives in the course of a demonstration. And yet, 16% believe that in certain circumstances it is okay to break the law and disobey police instructions. This position is particularly prevalent among the Arab public (23%) and among Shas party voters (31%).

• Although the majority in all political camps believe that the 2011 protest failed to achieve its goals. Nevertheless, among the Left (43%) the Center (23%) and the Right (25%) think that the protests achieved their goal. The assessment of failure is based on the failure to achieve concrete changes (narrowing the gaps between rich and poor, weakening the status of "tycoons", lowering the costs of consumer goods and, above all, lowering housing prices), and in enhancing the government's attention to citizens' demands. At the same time, significant numbers among the respondents gave the protests credit for raising public and media awareness of socio-economic issues.

The Summer 2011 protests did not succeed (%, total sample)

When it comes to evaluating the achievements of the 2020-2021 protest – the percent who agree that it was successful, is higher in the Left and Center camps (75% and 67% respectively) than in the Right (51%).

The 2011 and Balfour protests succeeded in achieving their main goal (%, Jewish sample by political camp)

• The public believes that the motives for the two protests were different. A majority of more than two-thirds believe that the purpose of the 2011 protest was to reorder socio-economic priorities, and only a minority - that its purpose was to overthrow the Netanyahu government. When it comes to the 2020-2021 protest, the assessment is the reverse: over 80% believe that its main goal was to overthrow the Netanyahu government, and only a minority - that it was intended to reorder socio-economic priorities in Israel.

The Israeli public sees the protest as an effective tool for influencing the government, and some are even willing to break the law to increase the influence.

About 10% of the public attest to the fact that they took part in the protest, and a higher proportion of them identify themselves as left-wingers, rather than belonging to the center or right-wing camps.

The data are based on a survey by the Viterbi Family Center for the Study of Public Opinion and Policy at the Israel Democracy Institute. The survey, conducted on the Internet and by telephone ( to supplement the representation of groups that are not adequately represented on the network) between 17-20 / 6/2021, interviewed 546 men and women in Hebrew land 98 in Arabic, which constitute a representative national sample of the entire adult population in Israel aged 18 and over. The maximum sampling error for the entire sample is 3.95% ± at a confidence level of 95%. The fieldwork was carried out by the Smith Institute. 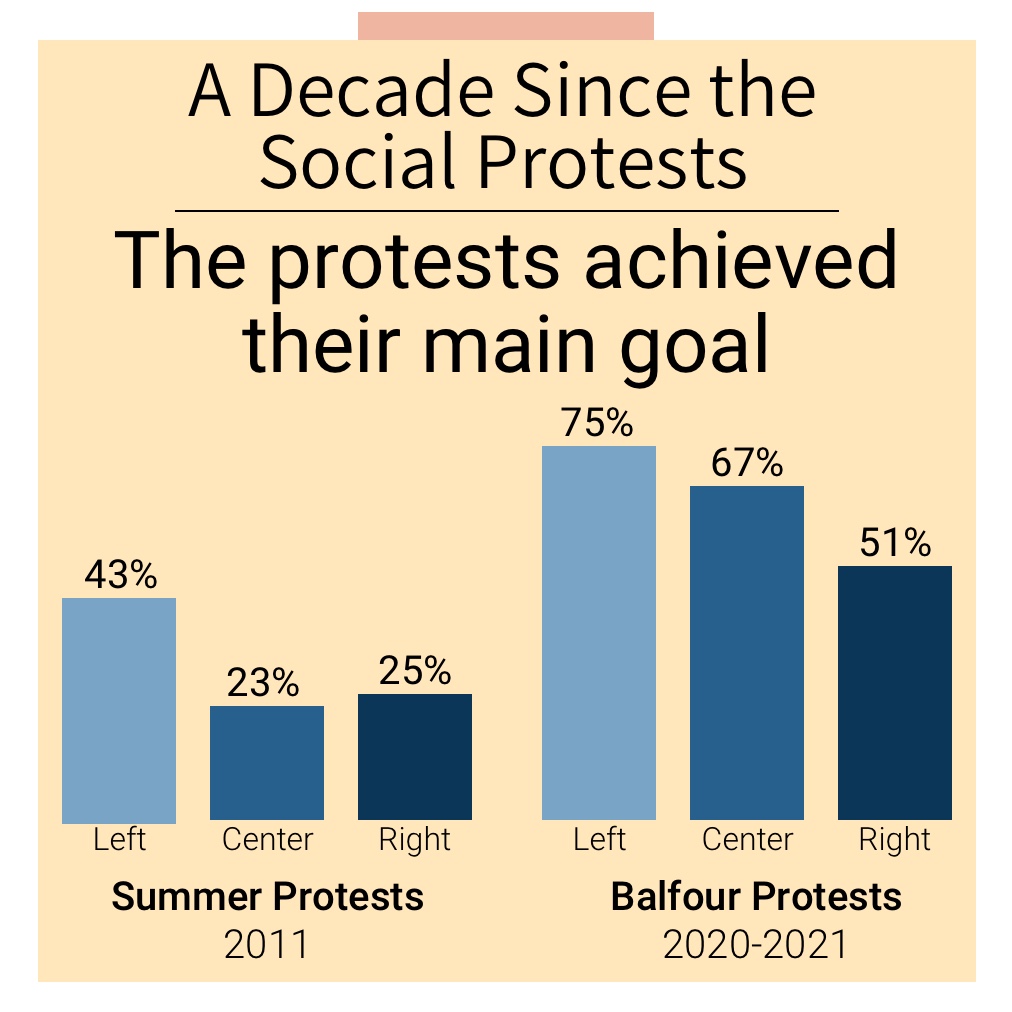 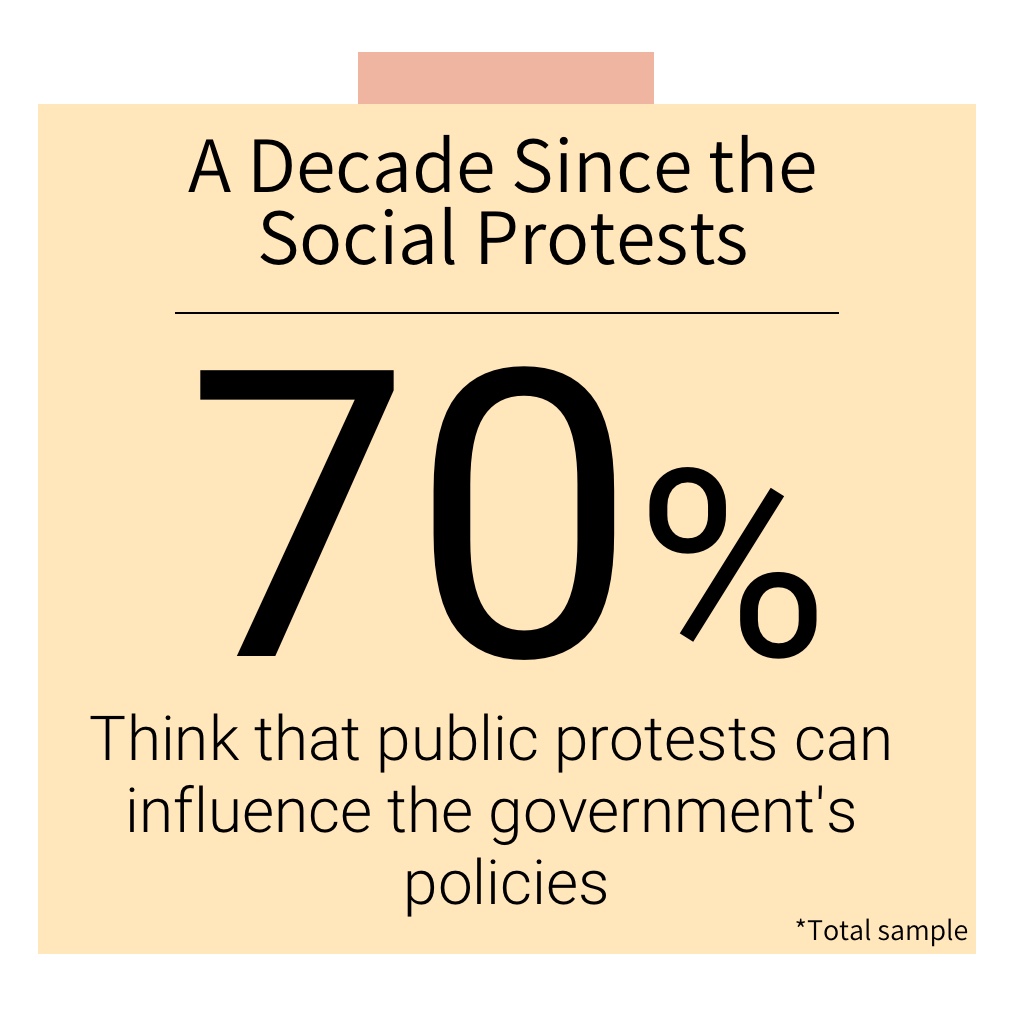 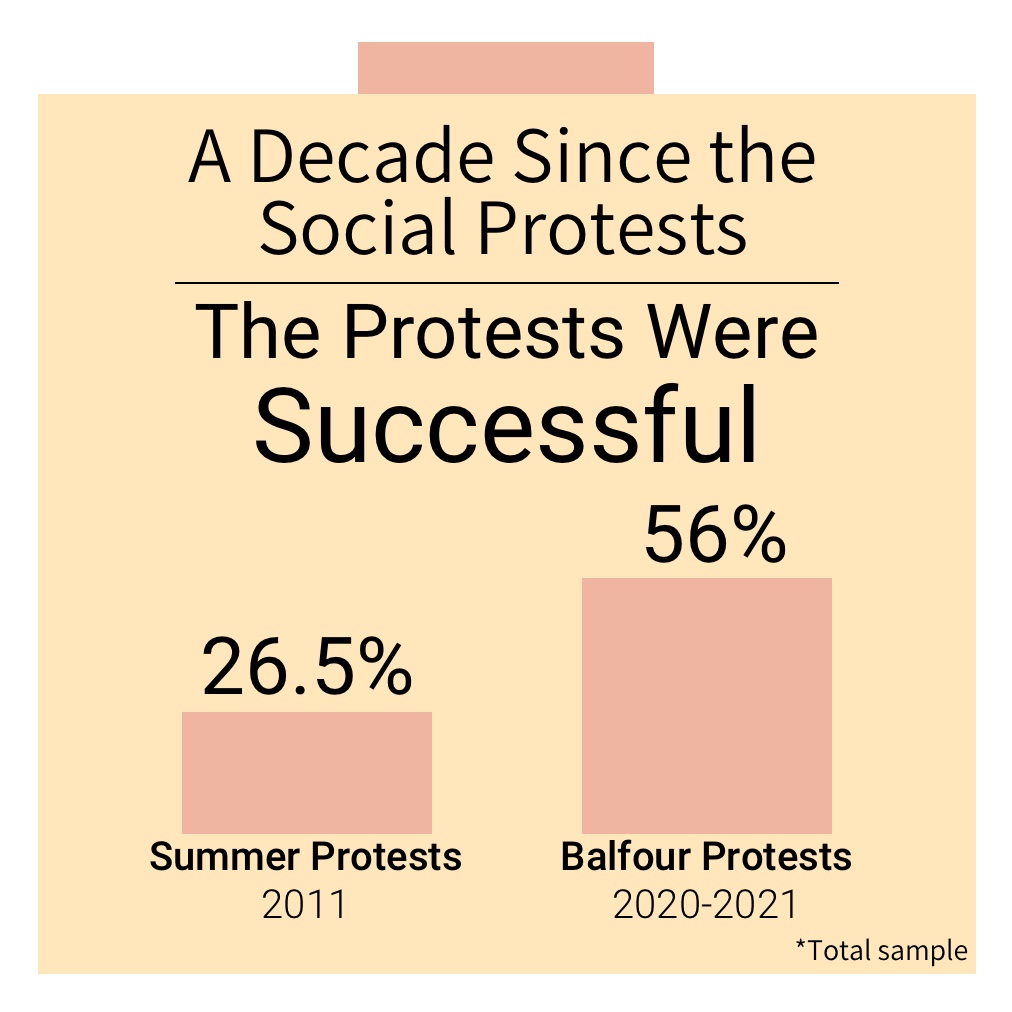