Prof. Amichai Cohen argues that there is only one good way to prevent prosecution of Israeli soldiers abroad: Israeli authorities must conduct effective, independent, and genuine investigations in cases where there are suspicions of war crimes or other violations. This article was first published by Times of Israel. 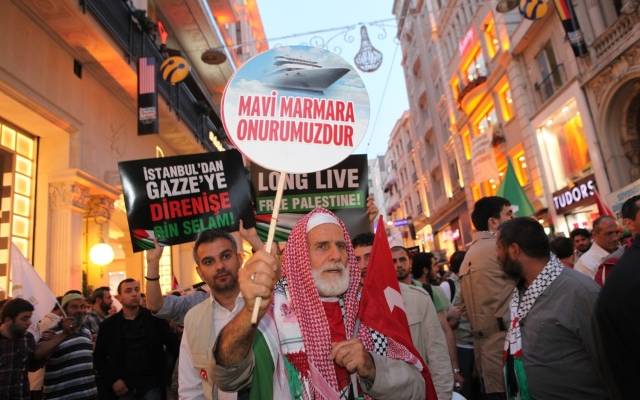 Imagine you are an Israel Defense Forces (IDF) reservist who fought for Israel during Operation Pillars of Defense in Gaza. You travel abroad. Upon deplaning, you are arrested for war crimes.

Since 2000, there have been various attempts in several counties to prosecute Israeli citizens who participated in armed conflicts between Israel and its neighbors. The claim is that in the context of these conflicts, soldiers and commanders committed violations of international humanitarian law at a level that justifies the exercise of personal international criminal jurisdiction against those who committed the violations.

What is universal jurisdiction?

Much criticism of universal international jurisdiction is directed at its use as a political tool. Sometimes, it is used against weak countries that do not have the ability to oppose its use. Other times, it is leveraged as a means of embarrassing another country for political reasons.

Can we expect that Israelis will be prosecuted under universal criminal jurisdiction?

There have not been many prosecutions of Israelis outside of Israel based on the exercise of universal jurisdiction. The main reason for this is that countries generally do not use universal jurisdiction if the country that is most closely connected to the incident investigates it and, when needed, prosecutes those responsible. As long as Israel conducts proper investigations regarding suspicions of violations of the laws of combat, there is no reason to presume that foreign courts would become involved. Nonetheless, there are concerns, especially when the State of Israel does not initiate an investigation, when these investigations are not considered intensive enough, or when they continue for long periods of time, without resolution. An effective Israeli investigation policy can prevent international intervention.

What is the International Criminal Court?

The International Criminal Court (the “ICC”) began operating in 2003. Its role is to prosecute those who commit the most serious violations of international law. In fact, the ICC was created as a neutral international body in response to the criticisms raised against the use of universal jurisdiction.

The ICC is only authorized to prosecute violations of international criminal law with respect to events that took place in countries that have signed the Rome Statute, by the citizens of those countries, or in accordance with a Security Council Resolution. In the past, because Israel had not signed the Rome Statute, it was reasonable to assume Israeli citizens were not likely to be prosecuted before the ICC. The situation changed somewhat in 2015, however. The ICC Prosecutor decided she would recognize Palestine as a state for the purpose of the Rome Statute, and Palestine’s adherence to the Rome Statute granted the ICC jurisdiction regarding suspicions of crimes committed on Palestinian territory. It is reasonable to presume that the ICC prosecutor would regard “territory of the State of Palestine” as including Judea, Samaria, and the Gaza Strip.

According to the principle of complementarity, the ICC will not approve the opening of an investigation in cases in which the suspected defendant has already been investigated or prosecuted in the country that has the closest connection to the incident, as long as it can ascertain that the investigation/prosecution was genuine.

The ICC has the authority to decide whether such proceedings were conducted properly. Take the case the prosecution of Saif Al-Islam Gaddafi, the son of Libyan dictator Muammar Gaddafi. The courts rejected Libya’s claim that it was investigating the suspicions against Gaddafi, calling Libya’s investigation too general (it did not specify the crimes investigated or what investigative steps were taken).

Hence, there is only one good way to prevent prosecution before the ICC and the exercise of universal jurisdiction: Israeli authorities must conduct effective, independent, and genuine investigations in cases where there are suspicions of war crimes or other violations.

Prof. Amichai Cohen is a Research Fellow at the Israel Democracy Institute, where he works on the National Security and Democracy project.