As Israel gets ready to transition to its new Attorney General Avichai Mandelblit, now is a good time to ask ourselves: Was Yehuda Weinstein a good Attorney General? An opinion piece by Guy Lurie, which originally appeared in the Jerusalem Post. 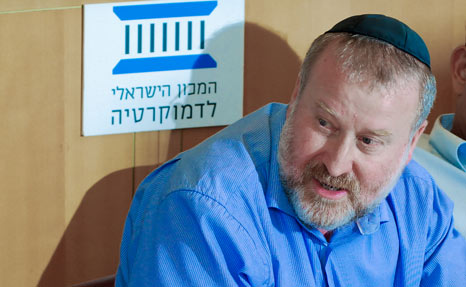 Since the attorney general is in charge of a large and multifaceted bureaucratic system, the answer to this question depends not only upon his own work and the professional legal opinions that he issues, but also upon his leadership ability and management skills, on which the legal system that he heads must rely in order to be successful.

Attorney General Weinstein led the judicial system well in several spheres. He deserves credit for his role in the establishment of an ombudsman’s office for the prosecution. The ombudsman’s office, which was set up to increase the transparency and accountability of the prosecution and improve its functioning, would not exist but for Attorney General Weinstein. During his term, the state prosecutor issued a code of ethics to the State Prosecutor’s Office, which the latter obeys (as demonstrated by the small number of justified complaints listed in the ombudsman’s reports). The attorney general also served as a vital check, upholding the rule of law and human rights in the face of some of the anti- democratic measures that were promoted in the government and in the Knesset.

But Weinstein showed hesitant leadership in too many other spheres. He was reactive rather than proactive in matters that were placed before him — for example, regarding transparency. The attorney general’s work has one of the lowest levels of transparency in the public service. Instead of bringing about positive change by becoming the first attorney general to issue an annual report, Weinstein showed only three months of his meeting schedule when he was asked to show his calendar for the entire year. For all practical purposes, the lack of transparency in Weinstein’s work, like that of his predecessors, makes it difficult to evaluate whether he did his job properly. A lack of sufficient initiative and leadership is also evident in other areas of Weinstein’s work. Missing, for example, was the moral leadership needed to replace antiquated and anti-democratic legislation from the British Mandate period with democratic laws. Instead, Weinstein found himself embroiled in a rearguard battle against anti-democratic legislation proposed by the government — a fight that was only partly successful. It is also likely that the passing of some of the anti-democratic legislation stemmed at times from a lack of sufficient determination on his part, as shown by the promotion of laws such as the Prevention of Infiltration Law, the Law for Prevention of Damage to the State of Israel through Boycott and the NGO Transparency Bill, which would require non-profit organizations that receive more than half of their funding from foreign governments to state that fact in their official publications. We might also wonder whether the attorney general acted with sufficient determination when it came to such problematic issues as the behavior of the World Zionist Organization’s Settlement Division and transparency of use of state funds, to name a couple of examples.

The attorney general’s leadership is also necessary in criminal cases in order to keep prosecutors from becoming overzealous, since in doing so they might forget that their job is to pursue justice rather than conviction at any price. Weinstein too often demonstrated weak leadership in this arena, failing to provide adequate supervision and guidance. Who if not the attorney general should have prevented the unnecessary criminal proceedings that the Police Prosecution Division used against demonstrators — proceedings that the courts protested time and again — as well as the increased misuse of detention, weak law enforcement in the West Bank, and particularly the unequal enforcement of criminal law among Jews and Arabs? Slowness and hesitancy could be seen in almost every area: in promoting supervision of prosecutors outside the State Prosecution Office, sluggishness in handling criminal proceedings in general (as evident in some of the reports of the ombudsman of the Prosecution), delays in dealing with legislative initiatives — and, principally, the cases, such as the case against former Foreign Minister Avigdor Lieberman, that stayed on his desk for far too long.

Dr. Guy Lurie is a researcher at the Israel Democracy Institute. His policy paper, "Performance Measures for Israel’s Attorney General," was recently published .

This opinion piece originally appeared in the Jerusalem Post on January 4th, 2016.