Arab elected officials have disappointed the public time after time with their lack of professionalism in how they lead their constituents toward political change. (This article was originally published by the Jerusalem Post.) 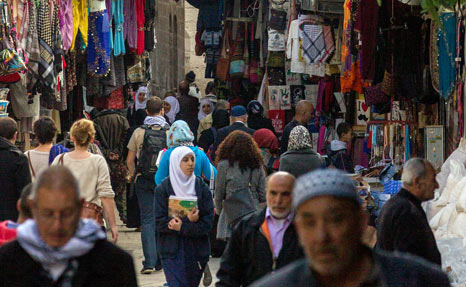 The day after the current wave of violence began, my 11-yearold son asked me why we don’t move to another country. The question pained me no end because I myself am not convinced I can offer him hope for a better future here.

The situation among Israeli Arabs is a ticking time bomb of political and socioeconomic disconnects. Whoever thinks the recent escalation in violence is simply the result of a religious conflict is mistaken. Sometimes it seems there are politicians and lay leaders who don’t want peace and equality for the citizens of this country. But as an Israeli citizen, it is difficult for me to accept that.

This latest eruption, and the fact that it has spread throughout the country, is an inevitable result not only of the lack of a diplomatic process or of political incitement, but also of the socioeconomic racism and profound cultural alienation that Israeli Arabs feel. The clearest indication of this is the link between the economic conditions in Arab communities and the protests that have taken place. When you examine the employment statistics, the picture becomes clear. In communities with high unemployment rates, such as Sakhnin (26 percent), Arrabe (28%) and Kafr Manda (22%), there have been protests and a breach of public peace. Conversely, in places such as Tira, with just 5% unemployment, and Rama and Iksal (12% and 13% respectively) there has been relative quiet.

Arab elected officials have disappointed the public time after time with their lack of professionalism – and that’s putting it mildly – in how they lead their constituents toward political change.

Instead of guiding the Arab public to stage legitimate protests in order to achieve their goals, we see the Arab sector inefficiently spurred to protests with no clear, achievable aims. Moreover, the refusal of some Arab leaders to condemn the violence and murder of citizens is inexplicable.

It is indeed easier to exploit those who are economically disadvantaged and who face discrimination, to use them as part of illegal political protests and other extremist activity, which only a small minority would normally stoop to take part in. That being said, and despite all the difficulties, I would expect Arab public leaders to choose to make themselves heard in a different way.

When some of the Arab Knesset members explain these violent incidents in a distorted manner, that leads to further divisions between the Arab and Jewish public, it only helps those who don’t support coexistence. Hearing these politicians makes me feel there is no limit to political opportunism and abandonment.

This is especially true for certain public servants and mayors. Israeli Arab citizens must therefore push for change among those who serve us poorly on the Arab Higher Monitoring Committee and in the Arab Mayors Council, so that they can better deal with the real challenges that lie before us. We must also find new leaders who are more authentic and effective.

At the end of the day, these terrible events are a warning sign. Between October 2000 and October 2015, the Israeli government has learned nearly nothing. The recommendations of the Or Commission, which shed light on the socioeconomic and political reality in which Israeli Arabs suffer, have been ignored. Nothing has changed.

To prevent the cycle from repeating itself again and this recent violence becoming another full-blown intifada, the prime minister must act to bring about equality for Israel’s Arab citizens and prevent them from being alienated from the rest of the country. Reducing poverty and unemployment, improving the education system and infrastructure, and improving jurisdiction lands in Arab towns could easily change the situation from one of a security risk to one of a security advantage – just like adding to the defense budget.

Unfortunately it seems to me that at the end of this round of violence, there will simply be more rounds. And we, the citizens from across the spectrum, can only hope for different leaders on both sides who will bring change.

The author is a lecturer at the Department of Labor Studies in Tel Aviv University and acting head of the Israel Democracy Institute’s Arab-Jewish Relations project.

This article was originally published by the Jerusalem Post.