Netanyahu will soon begin his third term as Prime Minister – 26 years after he was first elected to the position. This is an extraordinary accomplishment – however not unheard and there are other leaders of democratic countries who have made more than one comeback. 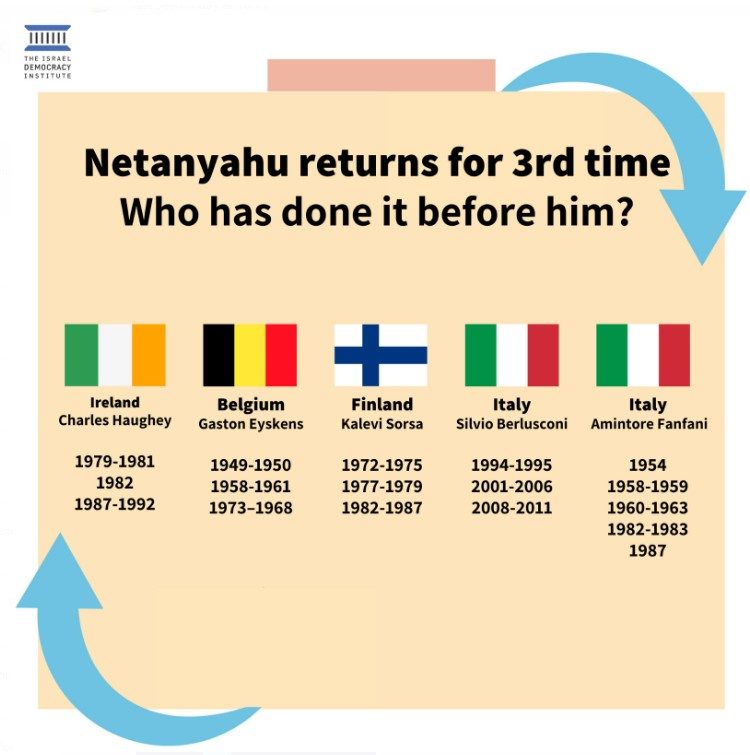 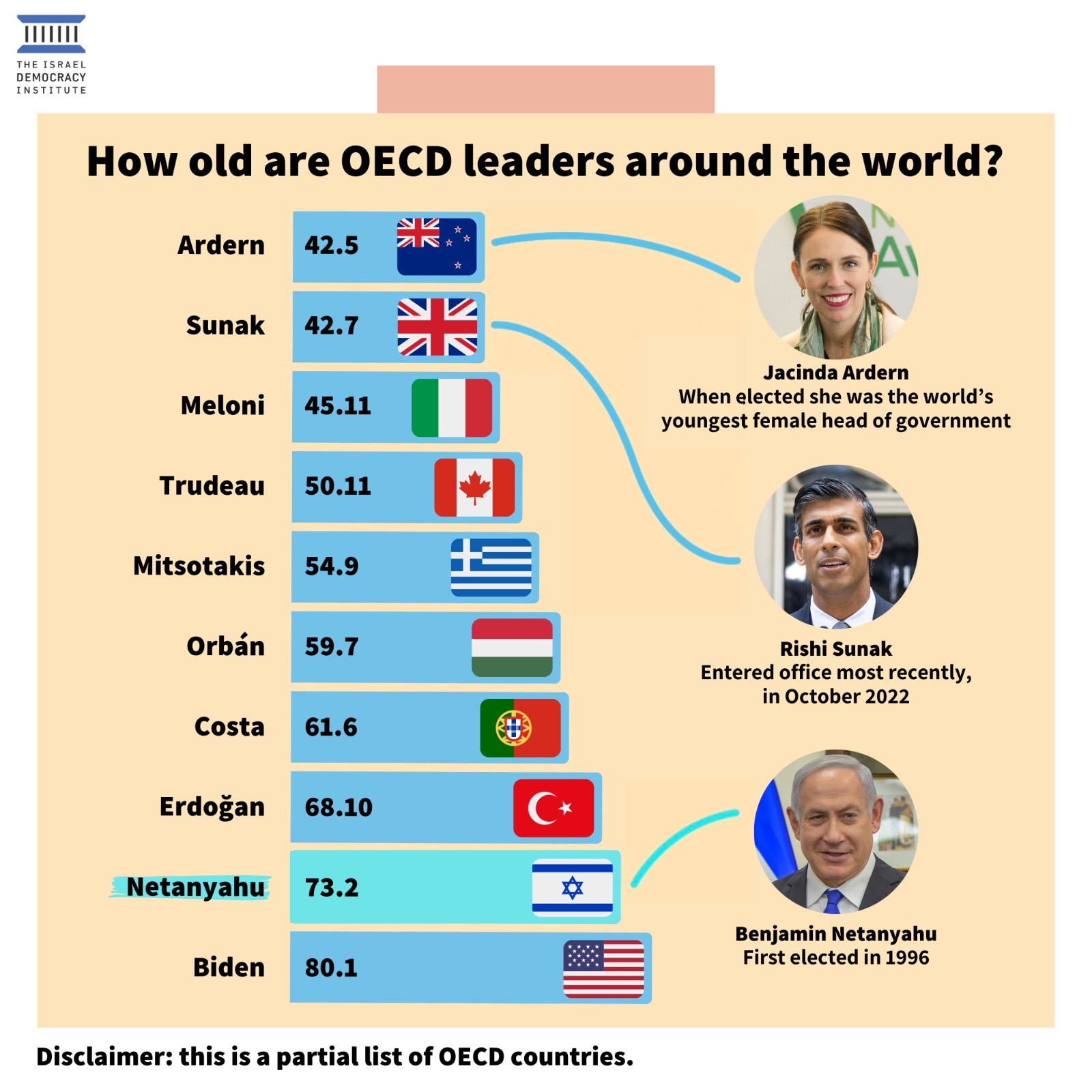 Upon his return, Netanyahu is going to be the most tenured leader apart from Victor Orban of Hungary. At 73, Netanyahu will also be the oldest leader, among the OECD countries, apart from Joe Biden, who is 80 years old. This is particularly unusual, as many of the leaders in the OECD, are relatively young – in particular: PM Sanna Marin (Finland) age-37, PM Jacinda Ardern (New Zealand) age-42, PM Rishi Sunak (United Kingdom) age-42 and President Emmanuel Macron (France) age-45.

Also, there will be fewer women than in the previous coalition, with only 5 women joining the government. This comes a government which had set a record in the number of women ministers in Israel.