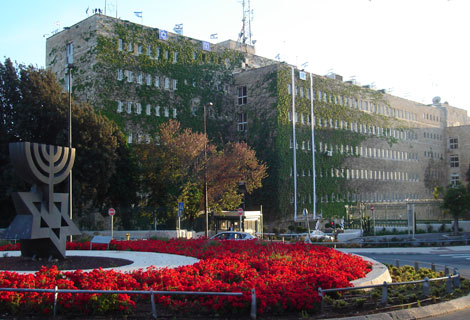 Many are the flaws produced by cobbling a coalition together by way of agreements among its factions. The most notorious among them is that the factions can win promises of extensive “reforms,” motivated solely by their political interests. Another evil, less in the spotlight but increasingly frequent in recent years, is the transfer of departments and agencies from one ministry to another, as if they were tradable commodities. If the attempt to grant a party that the ministry it has its eye on, fails, the party is allocated another ministry, along with whatever new powers and agencies taken from other ministries —and presto, there’s a coalition agreement and we have a government. Why is this problematic? The answer is that although such changes may seem trivial (certainly in comparison with the radical changes the new coalition is planning for the legal system), in fact they are highly significant.

In the agreement with the Jewish Strength, Noam, and the Religious Zionist parties, we see a significant increase in the number of units that will be moving around; press reports suggest that we can anticipate other changes as well. Already today, there are too many units that are slated for transfer than can be listed here.

What are the implications of such transfers? As for direct effects, the change generally does not take into account the question of where the agency would function most effectively into. Moreover, the political practice of relating to government agencies as tradable commodities, totally ignores the fact that they are integrated into the supporting units in their original home. A unit that has been part of one ministry for decades, enjoys the support of the ministry’s staff and administrative units—including the IT unit, the legal, logistics, and human resources departments. Banished to a new home, their knowledge and experience goes down the drain. The staff units in its new ministry must acquire all this knowledge from zero. And since often the expectation is that the transfer is only temporary, the new ministry may not be in a hurry to delve deeply into the subject.

But forget about the lost knowledge and the need to become familiar with the new organization and administrative environment; there are major direct disadvantages for the nomadic unit. Every such move from one ministry to another exacts a huge price in terms of the unit’s ability to function effectively. It has to plant roots in the new ministry. It has to get to know its new home; it has to transfer contracts, computer systems, and budget offsets (commitments made under one ministry that must be transferred to another); there have to be staff changes new conflict-of-interest agreements, and many other administrative changes whose implementation severely impacts their ongoing work and stability. Every such transfer leaves in its wake a large number of civil servants who- for a considerable period of time, must deal with the effects of the reshuffle, rather than focusing on professional. If to this we add the relatively short life expectancy of Israeli governments, we are talking about a large administrative outlay that produces no real benefit.

The phenomenon is problematic in its own right. But as long as it was relatively limited in scope, it was possible to live with it somehow. But if the agreements with the Jewish Strength and Religious Zionist parties is a harbinger of the future, it should trouble all of us—and chiefly the politicians who have their eyes on ministries that can implement their policies effectively. If ministries are busy absorbing new units, with all this entails they will not be able to effectively implement the minister’s and the Government’s policies.

Finally, the transfer of units as part of coalition agreements has implications for both our elected representatives and the civil service. Because these agreements are put together in the course of the coalition negotiations, the process takes place over the heads of the professional echelon and without consulting or coordinating with it. Public criticism, as well, is almost impossible until the agreements have been published, by which time it is already too late. After the agreements have been signed, there really isn’t anyone who can come out against them, because reopening an agreement is in itself a violation of the coalition agreements and could bring down the Government. The time has come for the State Comptroller to study the phenomenon across the board. Is it indeed expanding? How has it affected the agencies that were transferred in recent years? Are there any departments that absolutely must not be available as coalition merchandise? Such a study and review are essential because restructuring the Government by means of coalition agreements, to serve purposes that have no professional justification, should trouble us not only from the organizational and professional standpoints, but also because of the need to safeguard the stability and independence of the public service and its ability to fulfill its mission.

As research has shown, there are different ways to undermine the public service; not only by means of a head-on conflict or by appointing cronies to important positions, but also by allowing politicians to restructure it in a way that is inconsistent with its objectives, and merely promotes political consolidation and control of the administrative state and the executive. It is no coincidence that a salient idea being raised in these coalition talks would turn ministry legal advisors into political appointees. Adopting this proposal would be extremely dangerous politicization of the process

All the same, even a change in the composition and location of ministries and the transfer of an unreasonable number of units and departments undermine the public service, both because of the administrative damage and the blow to efficiency, but also because such a reorganization of government , serves-first and foremost- the narrow political interests of the coalition factions. Elected officials are well aware of the importance of amassing power in the areas at the core of their political interests; and despite the fact that this is what they were elected to do, it is clear that public (and perhaps legal) criticism should address the extent to which such structural changes are reasonable and aimed at reforming or improving government functioning, or only to satisfy politicians' hunger. The trend to divvy up the government in political agreements has reached an unprecedented level, and must be halted. The coalition factions must be warned that there is a limit to what they can do in the coalition agreements that still lie ahead.

The article was published