In an op-ed in Maariv, IDI Vice President Prof. Mordechai Kremnitzer calls for an election campaign that focuses not only on foreign policy and Israel's social gap, but on the nature of Israeli identity and the value of Israeli democracy itself. 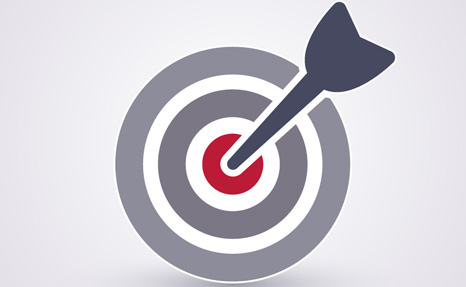 The fact that we are going to elections again less than two years after the previous round of elections is unfortunate. Frequent elections impede the ability to enact and implement reforms. They similarly increase the public’s disdain for politics, and are likely to erode the level of public participation in the elections.

However, in the case of the current coalition, these damages must be weighed against the damage done by stagnation and by the failure to confront the enormous challenges that face the State of Israel, whether in foreign relations or within Israeli society. The public in Israel has not experienced such a sense of gloom and hopelessness in a very long time.

If the above is not sufficient justification for ending the government’s tenure and calling for new elections, there is also the ongoing attack on Israeli democracy that began in the 19th Knesset and peaked with the proposed Nation State Law. This attack includes repeated efforts to curtail human rights and, in particular, the rights of the Arab minority, other minorities, and weak groups in Israeli society. It also includes attempts to limit freedom of expression and association and to limit the powers of the Supreme Court.

Recently, the extreme right, with the prime minister’s support, sought to pass the Nation State Law, which would undermine the democratic character of the State of Israel and subjugate it to an extreme, religious-nationalist worldview. This effort, which casts a heavy shadow on the Jewish character of the state, divides the Jewish public in Israel, drives a wedge between the Jews of Israel and world Jewry, and creates a rift between the State of Israel and its minorities.

Let’s hope that the election campaign that is suddenly upon us will be a contest of clear worldviews and political agendas, and that the public will not allow politicians who are seeking our trust to hide behind masks and conceal their true colors. It is not enough to focus on critical issues of foreign policy and the intolerable social gap; the question of the nature of the State of Israel’s identity is equally important. The time has come for Israel's political parties to put their views on this question on the table, rather than hiding behind convoluted wording. This will enable the members of the Israeli public to decide: Do they wish to live in a free state, where the rights of the individual and the minority are protected or do they want to live in a state where a political majority can violate these rights with impunity? Does the Israeli public value its rights or think lightly of them? Does it indeed demand the supremacy of the law as protection from the tyranny of a political majority, as Menachem Begin wrote, or is it willing to surrender its rights to a political majority that can use those rights as desired?

Does the Israeli public accept the view of the sponsors of the Nation State bill, who see Israel as too democratic, too free, and too committed to human rights? Does the public think that the Jewishness of the state requires the state to turn a blind eye to the “complete equality of social and political rights to all its inhabitants”? Are we unwilling to take upon ourselves what the founding fathers took upon themselves in Israel’s Declaration of Independence? Does the Israeli public support strengthening the status of religion in Israel in a way that will make it possible to harm women, homosexuals, and non-Jews, and will decrease the chance of ending the religious monopoly on marriage and divorce in Israel? Does Israel wish to resemble countries like Russia and Venezuela, which impose restrictions on human rights organizations?

These are some of the questions that are rarely discussed in election campaigns. They reflect a division of opinion among the Israeli public on the very essence of democracy. Is democracy merely the all-powerful rule by a political majority? Or is it a system of government that requires decisions by the majority, but is based on equality of human life and equality of civil rights, and is committed to human rights, minority rights, fairness, the rule of law, and separation of powers?

In the upcoming elections, the Israeli public must decide which of these two views of democracy it prefers. The time is ripe to decide in favor of a democracy that protects all citizens and works to promote equality of opportunity for all.

This article was published in Hebrew in the Maariv newspaper on December 3, 2014.