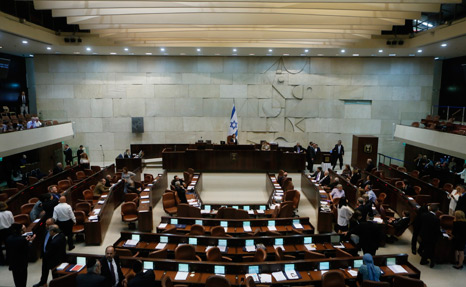 The phenomenon of early Knesset elections has been attributed to the weakness of Israel's political system, and rightly so. According to recent public opinion polls, the citizens of Israel would prefer to avoid new elections; it is the politicians, who have been finding it very difficult to implement their policies, who have chosen to go back to the people for a new mandate.

How can we prevent the recurrence of early Knesset elections?

First, we must change the approach that regards the establishment of an alternative government in an existing Knesset without new elections as an illegitimate political maneuver. Israel is a parliamentary democracy. In a parliamentary democracy, the prime minister is not elected by the people; rather, the prime minister is chosen when he or she receives a vote of confidence from a Knesset majority for the government that he or she has formed. If another person is able to win the confidence of a majority of the elected Knesset without new elections, that is perfectly acceptable.

Were it not for the fact that the Israeli media dubs such moves as “deals” and portrays such developments in an extremely negative light, it is possible that what we would be seeing today would be an alternative government in which the ultra-Orthodox had replaced Yair Lapid. It is also possible that Lapid would have managed to cobble together an alternative coalition made up of Yesh Atid, Labor, Meretz, Avigdor Liberman's Israel Beytenu, and others. Either of those alternatives would have been equally legitimate.

A second concern is the need to strengthen Israel's political parties. The large parties such as Likud and Labor, which traditionally have made up the Israeli government, have become very weak in recent times, and the public has begun to look to other parties for alternatives. The multiplicity of parties weakens the coalition’s ability to function.

Research conducted by the Israel Democracy Institute has put forward a series of proposals designed to strengthen political parties that adhere to the principles of internal democracy. Incentives proposed by IDI include:

Each of these steps would help strengthen Israel's large parties, such that when the government is formed, it will be based on one large party plus several smaller parties that are ideologically compatible with it. These smaller parties would join the coalition to help the large party implement its policies—policies that, we hope, will be only be judged by the public once in four years.

This article was originally published in Hebrew in B'Sheva, a weekly newspaper distributed in Israel's religious sector.