In this article, IDI Researcher Dr. Dana Blander asserts that Israel's Central Elections Committee is no different than the various Knesset parliamentary committees and is subject to political bias. As a result, even though its chair is a Supreme Court Justice, its decisions are tainted by partisan interests, and its make-up is inappropriate for the administrative and quasi-judicial functions it performs. This is why there needs to be a basic change in its structure, composition, and working methods. 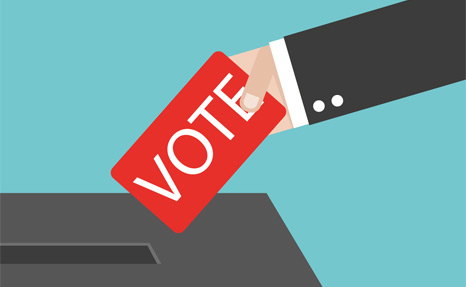 “The Elections Committee is a political body, except for its chair. It is composed of representatives in the factions in the outgoing Knesset. … One must remember that, as a rule, its decisions are political.” (Rubinstein 2013)

In campaign season, the Central Elections Committee (CEC) becomes the beating heart of the electoral system, with regard to both organization and substance. The CEC and its chair fulfill a range of functions related to organizing and running the elections, but they also have substantive judicial powers that require them to employ discretion, such as approving candidate lists and rejecting media spots.

Despite its key role in running the elections, and the significant decisions made by its chair, the public tends to be unaware of the CEC’s powers and activities. In general, the committee and its chair reach the headlines only when they disqualify a candidate, list, or broadcast spot. So it is astonishing to discover that its compositions resembles that of every other Knesset committee (aside from the fact that its chair is a Supreme Court justice); this means that its members represent the Knesset factions proportional to their size, which gives the larger factions an advantage. The combination of a politically biased committee with a chair who is a Supreme Court justice is also reflected in the fact that its functions and powers are a jumble of organizational, political, and quasi-judicial tasks.

The present article describes the composition of the CEC, the powers vested in its chair, and its functions. It also offers a comparison with the agencies that play a similar role in other countries. We will see that the latter are usually independent bodies whose functions largely overlap those of the Central Elections Committee in Israel, although some of the functions allotted to the CEC (such as disqualifying lists) are reserved to the judicial system. Finally, we will discuss whether the CEC’s composition is appropriate for its functions and powers.

The Central Elections Committee and its Chair: Appointment, Composition, and Work Methods

The Knesset Elections Law (Consolidated Version) 5729-1969 stipulates the mode of appointment, composition, and powers of the Central Elections Committee and its chair. The CEC is established within 60 days of the inauguration of each new Knesset and serves until the next Knesset takes office. It oversees elections for the Knesset as well as local authority elections that are held during its tenure.

The CEC is headed by a sitting justice of the Supreme Court, who is chosen by the other justices. The chair has at least four deputies, who represent the four largest factions in the Knesset. The Knesset House Committee is empowered to approve the appointment of up to four more deputy chairs of the CEC.

The members of the CEC represent the factions in the incumbent Knesset, which is on its way out. Its 30 seats are allocated in accordance with the party key stipulated in the Knesset Elections Law (§16(b)). This allots representation on the CEC as a function of the size of each Knesset faction (one member of the committee for every four MKs, with the balance awarded as a function of the number of leftover members). This obviously gives larger parties an advantage (see Table 1). The current CEC includes three Knesset members (Yariv Levine, Alex Miller, and Micky Levy); the other members represent the parties in the outgoing Knesset. The law provides that each member of the committee have a substitute. Government ministers and deputy ministers, civil servants (except for teachers), and soldiers may not serve as party representatives.

Table 1: The Composition of the Central Elections Committee
for the Elections to the 20th Knesset
(By Party)

The Central Elections Committee can meet and reach decisions even if some members are absent, as long as the chair is present. It can also take decisions in the absence of the chair if more than half its members are present (Knesset Elections Law §24(a)). Decisions are taken by majority vote of its members; in the event of a tie the chair casts the deciding vote.

Enforcement of the Propaganda Methods Law

Organization and Management of Elections

The composition of the Central Elections Committee in Israel is an outlier compared to its counterparts in other countries. In Great Britain, the Electoral Commission is an independent agency that is responsible for running elections and referendums and also the regulator of party and election funding. Its ten nonpartisan members (some do have a party affiliation background) serve three-year terms. The commission also oversees voter registration. It sees its role as encouraging citizens to vote and providing them with relevant information. For example, in advance of the 2011 referendum on changing the electoral system, the commission provided unbiased information to explain the various options to the public. It is responsible for the registration of parties and conducts research related to its activities. Its ten members are supported by a staff of managers and line workers.

Similarly, the elections oversight body in Canada (Elections Canada) is an independent nonpartisan agency that supervises elections and referendums. Its head (the Chief Electoral Officer) is selected by Parliament and responsible to it. He is appointed for a ten-year term and can be dismissed only on specific grounds and by a special process. His responsibilities include managing elections, registration of political parties, management of voter registration, determination of electoral districts, the transparency of financial contributions to parties, and so on. A Broadcasting Arbitrator who works under him allocates radio and television time among the parties and resolves disputes about political advertising.

The Australian Electoral Commission (AEC) is an independent body. Its chair, a sitting or retired judge, serves alongside two permanent members and eight representative of the Australian states.

Can a Political Committee do its Job in Unbiased Fashion?

A visit to the CEC website reveals that it serves as the arena for partisan squabbling before the elections. The parties appeal for injunctions against one another’s activities on the alleged grounds of violations of the Elections Law, the Propaganda Methods Law, or some other aspect associated with elections. As soon as the candidates lists have been filed we witness the start of the march to disqualify certain candidates and lists, at the instigation of the members of the CEC (one-third of its members can submit a petition to disqualify a party or candidate), who also make the decision. This is an absurd situation in which a body that is politically biased by its very structure and composition has the power to restrict the basic democratic right to stand for office. In short, as described by Justice Cheshin when he served as chair of the CEC, it is “a mixture of water and oil,” if not indeed of oil and fire.

The CEC chair has extensive powers in advance of elections. If we recall that the chair is a sitting Supreme Court justice, this means a close interaction with the political system that can expose him to the withering fire of the political arena. An incident that took place when the lists for the 20th Knesset were submitted illuminates just how charged this interface between politics and justice can be. Baruch Marzel of Yahad refused to shake the hand of the CEC chair, Justice Salim Jubran, alleging that “Jubran is not loyal to the Jewish people and I do not shake the hand of those who work against us.” Despite the revulsion with this extreme act expressed by many politicians and despite a letter published by the Attorney General in which he denounced this behavior and other statements Marzel had made, the incident illustrates the explosive potential of the unique position of the chair of the CEC. This year we encountered an even more highly charged situation, inasmuch as Justice Jubran sat on the Supreme Court panel that considered MK Hanin Zoabi’s appeal against the decision by the Knesset Ethics Committee to bar her from the plenum (and was in the minority that deemed this action without justification), and is now the chair of the CEC that had to consider the request to disqualify the same Zoabi’s candidacy for the new Knesset. Although we must assume that he is able to distinguish between the different contexts, it is improper for him to wear both hats.

As prescribed by the Knesset Elections Law, the Central Elections Committee is the only body empowered to consider complaints about action or a failure to act. This precedes the involvement of any other agency, including the courts. Nevertheless, the political bias of the committee’s decisions is moderated by the Supreme Court’s power of judicial review.

The court also hears appeals of decisions by the CEC chair. It takes the position that he functions as an administrative agency and consequently the court is entitled to limited judicial review of his decisions, with the focus on how he exercised his discretion. For example, before the elections to the 19th Knesset, the Supreme Court overturned the decision by Justice Rubinstein to reject a propaganda clip by the Balad party that referred to the national anthem and to disqualify segments of a clip by Otzma L’Yisrael that included hostile statements against residents of Arab communities (HCJ 236/13, Otzma L’Yisrael v. the Chairman of the Central Elections Committee), heard along with HCJ 245/13 and 246/13.

Summary and Recommendations for Changes

“For me, serving on the committee was a sort of hurdle race, beginning with various administrative and organizational topics, some of them complex, continuing with the submission of the lists and the procedures for disqualification and approval, and finally having to deal with the difficulties of implementing the Propaganda Law, and so on.” (Rubinstein, 2013)

This excerpt from a letter by Justice Elyakim Rubinstein, who served as chair of the Central Elections Committee for the 19th Knesset, in which he summarized the lessons of that campaign, tells us something about the many powers of the CEC and its chair and the (excessively) diverse nature of its functions. Our survey of the CEC’s functions, composition, and powers has shown that it is not essentially different from the Knesset committees and is political in nature. Its decisions are contaminated by partisan interests and not taken without bias, although its powers should require otherwise. The contradiction between its chair, an independent member of the judiciary, and its political composition is another source of friction in its work. This is why there must be a change in its nature, composition, and working methods. In light of the situation in other countries, the lessons that can be learned from previous election campaigns in Israel, and the Supreme Court’s criticism of the CEC’s decisions over the years, we can suggest a number of options for modifying the committee, making its work more efficient, and preventing the appearance of bias in its decisions.

Even if there are no far-reaching changes in the composition and structure of the Central Elections Committee, we should certainly consider stripping it of the power to disqualify parties. That representatives of parties whose considerations are purely political have the power to limit the right to stand for office is more than astonishing. In a proper democracy, the cat should not be guarding the cream. It is wrong for the body that deals with the most important procedure in democracy—elections—to be dominated by daily politics.

Dr. Dana Blander is an IDI researcher who specializes in the political system in Israel.