In an op-ed in The Jerusalem Post, IDI Vice President Prof. Mordechai Kremnitzer analyzes Jonathan Pollard's life sentence and calls on President Obama to put an end to Pollard's incarceration In the name of the shared commitment to justice. 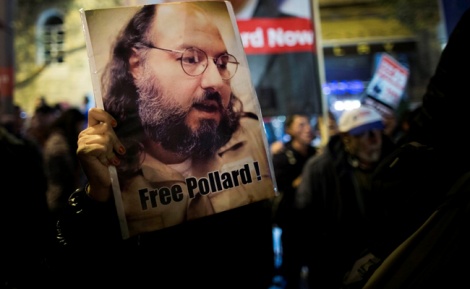 Though he was neither charged with nor convicted of treason, there is no dispute that Jonathan Pollard committed serious offences and that he deserved to be punished severely. However, it is doubtful that Pollard received a fair trial and whether the sentence imposed on him—life in prison without parole—was appropriate. Even if this was the case, it seems that at this stage Pollard's incarceration does not serve a rational purpose.

Did Jonathan Pollard Have a Proper and Fair Trial?

Pollard signed a plea agreement, and the Justice Department stated during the trial that he cooperated with law enforcement authorities. In the plea agreement, the prosecution promised not to seek life imprisonment. While the prosecution did not explicitly request that Pollard receive a life sentence, it did equate his case with other cases in which life imprisonment was imposed, and argued that Pollard's case was more serious. The prosecution thus implicitly requested—by clear and strong implication—to impose life imprisonment on Pollard, thus violating the plea agreement with Pollard. One of the three appellate court judges who heard Pollard's habeas corpus petition (not a direct appeal, as an appeal was never submitted due to ineffective representation) was convinced that the case was "a complete and gross miscarriage of justice."

Was Pollard's  Life  Sentence an Act of Justice?

The life sentence imposed on Pollard violates the principles of proportionality and equality before the law. It has become a pointless act of punishment.

Punishment and the Principle of Proportionality

One of the central principles of sentencing in all civilized nations is that the punishment must fit the crime. There are two decisive factors of Pollard's crime that should determine his sentence. Pollard passed state secrets to a friendly country, and, therefore, the harm to U.S. security is limited. In addition, he passed secrets with no intention to harm the United States. These factors preclude this case from being classified as one of the most serious cases of passing classified information, meaning that life without parole is not appropriate and the sentence imposed is disproportionate to the crime.

Pollard's Punishment and the Principle of Equality before the Law

Another principle that is shared by civilized nations is the principle of equality before the law, which mandates that similar cases be judged according to the same standard. If Pollard's punishment is compared to the cases of other similar offenders, it stands out for its unusual severity: offenses that were more serious received more lenient punishments. Even former U.S. Navy seaman Michael Walker, who spied for no less than the KGB, was sentenced to 25 years of imprisonment and served only 15 years.

Is there a reason for Pollard's continued incarceration?

Even if we were to assume that at the time of sentencing Pollard's punishment was proportional, the amount of time that has elapsed since and the decline in Pollard's health render it disproportionate, and invite intervention by the pardoning authority.

Clearly, Pollard will not pose a threat to the security of the United States if he is released. To the extent that his incarceration is intended to achieve the legitimate goal of deterrence, an incarceration for twenty-eight years is more than adequate to achieve this objective. Pollard's continued imprisonment can be seen as punishment without substantive justification. It is, therefore, pointless and borders on cruel treatment. Both the U.S. and Israel share common values; one of them is the pursuit of justice. In the name of the shared commitment to justice, President Obama is humbly requested to put an end to Pollard's incarceration.

This article was published in The Jerusalem Post on February 24, 2014.