Should Israel be actively pursuing peace with Syria? In this article, Dr. Jesse Ferris, IDI's Vice President of Strategy, critiques the Israeli establishment’s fixation on the possibility of peace with the current regime in Syria. He argues that the illegitimacy of Asad’s dictatorship precludes peace with Israel. 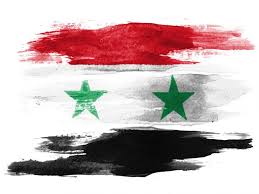 Every time the political process with the Palestinians approaches a dead end, the familiar voices intone: "Syria first!" The conception prevalent among large swathes of the Israeli elite is that a peace treaty with Syria lies within reach, and that not to grab it is to incur grave risks to the security of the state. The price is known, they assure us, and so is the reward. In exchange for an Israeli withdrawal from the Golan Heights, so goes the argument, the Syrian regime will agree to sever its ties to Iran, end its support for terrorism, and allow Israelis to "wipe" hummus in Damascus. If, however, Israel refuses to pay the quoted price, the argument continues, it is condemned to repeat Golda Meir's mistake from the years that preceded the Yom Kippur War. Israelis will end up fighting an avoidable war and eventually pay the same price for peace on top of several thousand casualties.

This conception is based on three assumptions: First, that the Syrian regime sincerely desires peace with Israel, or at least attributes top priority to returning the territories captured by Israel in 1967. Second, that the regime is open to abandoning its alliance with Teheran in return for the various benefits associated with joining the American peace camp. Third, that a peace treaty with Syria will bring an end to the threat from Hizbullah in Lebanon.

The first assumption ignores a basic structural fact: the Asad dynasty, which has ruled Syria for over 40 years, is based on a minority that constitutes a mere 11% of the population. The little legitimacy it possesses is derived from the assiduous cultivation of an adversarial posture vis-à-vis Israel and the United States. The paramount goal of the regime is neither economic development, nor social welfare, nor even an increase in the total happiness of the inhabitants of Syria, but self-preservation. Absent legitimacy, the regime does not have a strong desire to pay the enormous price associated with ending the popular state of war with the Zionist enemy. Even the Golan Heights, with their vistas and wineries, are no compensation for potential loss of power.

The second assumption is based on an Egyptian precedent. If Sadat was prepared to abandon the alliance with the Soviet Union in order to obtain US aid in the context of a peace agreement with Israel, why wouldn't Asad follow suit? Indeed, it is fair to ask: why hasn't Syria followed in Egypt's footsteps over the last thirty years? The answer again is grounded in the legitimacy deficit that characterizes the Syrian regime. If anything, the Egyptian precedent illustrates the steep price an Arab state may pay for ending the conflict with Israel: loss of influence in the inter-Arab arena and real danger to the life of any leader who signs his name to the terms of surrender. The American candy shop holds no temptations for one who is obsessed with poisoning. It is precisely the association with Iran, widely considered to be the rising power in the Middle East in the face of a weakened, withdrawing America that serves Syria's purposes best at present.

The third assumption is no less problematic. Those who propose the Golan in exchange for peace with Syria play down the fact that the second most important objective of the Syrian leadership—after perpetuating the regime itself—is not the return of the territories held by Israel but rather the perpetuation of Syrian control over Lebanon. The regime's key strategic, economic and political assets are all located in Lebanon. There is also the historic conception of Lebanon as an integral part of "Greater Syria." In any deal with Israel, and probably in exchange for their very willingness to enter into a meaningful negotiation process, the Syrians will demand Israeli acquiescence in the return of their garrisons to Lebanon. Israel, for its part, will demand the disarming of Hizbullah. It is by no means clear that the Syrians are capable of dismantling Hizbullah, which enjoys tremendous political, financial and military support from Iran—although just blocking the land passage from Iran to Lebanon would mark a significant step toward weakening the organization. But Israelis should ask themselves whether the return of Syrian suzerainty to Lebanon is in fact in their best interests. First there is the moral price of smothering the shoots of democracy that sprang up in Lebanon after the assassination of Prime Minister Rafiq al-Hariri and the withdrawal of Syrian forces. But there is also a probable security price. Will the restoration of Syrian repression in Lebanon really guarantee tranquility for the residents of northern Israel? Or might Israelis in fact do best to stand up for the independence of their neighbor to the north, and for the Lebanese pluralism that reminds them of Israel itself?

There is no question that the missile threat emanating from Syrian is grave, or that the current instability in Lebanon could deteriorate into an all-out war between Israel and Syria, which would take an unprecedented toll on the Israeli rear. But averting this scenario entails increasing the pressure on Syria, not chasing the fool's gold of peace with the current regime. Only when the rulers in Damascus understand that an attack on Israel means the end of their reign, will the danger of war recede.

Jesse Ferris is Vice President of Strategy at the Israel Democracy Institute.