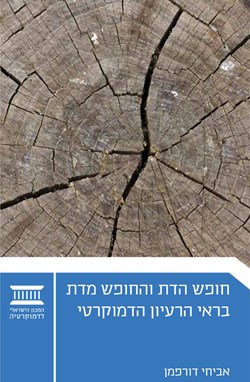 Freedom of Religion and Freedom from Religion

The relations between religion and state raise fascinating questions about the nature of the state, religion, and the shared lives of citizens in a free and pluralistic society. This volume examines this ambivalent relationship and explores why religion warrants special treatment in the Western constitutional tradition and what counts as a "religion" for the purposes of constitutional law.

The relations between religion and the state raise fascinating questions about the nature of the state, religion, and the shared lives of citizens in a free and pluralistic society. This book explores the constitutional-law aspects of the liberal state’s treatment of religion, with a specific focus on two questions that have yet to receive a satisfactory response: Why does religion merit special treatment—sometimes favorable and sometimes unfavorable —in the Western constitutional tradition? And what counts as a “religion” for the purposes of constitutional law?

In Israel’s constitutional law as well as that of other Western democracies, the religious lifestyle receives ambiguous treatment. On one hand, each and every citizen has the freedom to practice a religious lifestyle even if the vast majority of the public does not identify with this kind of lifestyle; this principle is called “freedom of religion.” On the other hand, each and every citizen has the liberty to live in an environment that is religiously non-coercive (as for example, the legal prohibition on public transportation on the Sabbath and religious holidays); this principle is occasionally called “freedom from religion.” Thus, while the right to freedom of religion accords religion positive treatment and is manifest in special protection granted for the religious lifestyle, the right to freedom from religion confers negative treatment in the form of special protection against the establishment of a public sphere that reflects a religious conception of the good life.

The volume examines the reasons for this ambivalent relationship and elucidates fundamental questions regarding the relationship between religion and state. More specifically: Why does “religion” warrant special treatment, negative or positive, in Western constitutional tradition and, for the purposes of constitutional law, what counts as “religion.” The problem is that the legal literature and case law—in Israel and elsewhere—have not yet provided satisfactory answers to these questions. Further to this lack, the book develops the argument that the idea of democracy as collective self-rule affords the necessary theoretical basis for addressing these important questions.

Hence, there are two main arguments:

a. The democratic justification for the right to freedom from religion is what grounds the protection of citizens from negation of their political freedoms, and is none other than the freedom to be a co-author of binding law.

b. In light of the existence of democratic legislation that happens to make the ability to conduct a religious lifestyle a heavy burden, the democratic justification for the right to freedom of religion supports protection of the believer’s right to lead this kind of lifestyle, such that protection will typically be granted through an exemption from complying with the law in question.

Prof. Avihay Dorfman, formerly a researcher at the Israel Democracy Institute, is a senior lecturer in the Buchmann Faculty of Law at Tel Aviv University. His main fields of interest are private law, law and political legitimacy, privatization and constitutional rights.