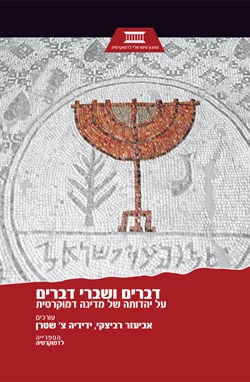 The Jewishness of Israel

Prominent Israeli thinkers discuss the unique and enigmatic nature of the State of Israel, which is simultaneously a modern Western state with roots in classical Jewish culture and tradition, a nation state with a large national minority, and a Jewish state whose citizens cannot reach a consensus on their common denominator.

In what ways is the State of Israel a Jewish state? Given the internal Jewish polarization—cultural, national, and religious—can the state serve as a stable basis for collective Jewish solidarity? Given the dominance of Western culture, can it maintain its character as the “chosen state” without seceding from the family of nations?

This book deals with some of these questions in full and some in part. With regard to the Jewish nature of a democratic state, it presents ideas about the unique and paradoxical situation of contemporary sovereign Israel by leading Israeli thinkers. Israel is simultaneously a modern Western state with roots in classical Jewish culture and tradition; a nation-state that is also home to a large national minority; and a Jewish state whose citizens are divided on the meaning of their Judaism and cannot reach a consensus on their common denominator. The book deals with the link between the Jewish state and Western culture, the Arabs’ presence, and the Jewish dilemma.

The articles in the book draw on a variety of fields, ranging from law and politics to the domains of culture and philosophy, society, and identity. They deal with the relationship between laws and values and between formal arrangements and principles and traditions. They explore the connections between multiculturalism and multinationalism, political normalization and cultural uniqueness, economic privatization, and social justice. Some of the articles examine these questions from within Jewish tradition while others rest on the axioms of the liberal tradition. Still others draw on both traditions and view them in tandem.