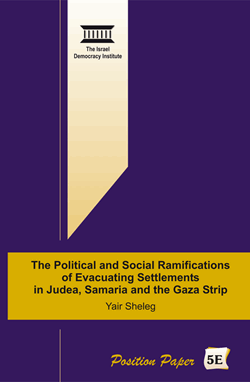 The Disengagement of 2005: An Interview with Yair Sheleg