A researcher, journalist, author, and publicist, Yair Sheleg has been an astute observer of the religious-Zionist world for many years. He served as a reporter for the newspaper Nekuda and was a member of the editorial board of Haaretz. He is currently a member of the editorial board of Makor Rishon and the author of a weekly column. In 2000, Sheleg published his book The New Religious Jews: Recent Developments among Observant Jews in Israel (Keter Publishing), which documents major processes in all facets of religious society.

Issues of religion and state (Shabbat, kashrut, conversion); the development of religious Zionism; settlers; the concept of a Jewish and democratic state; the view of Judaism in Israeli society. 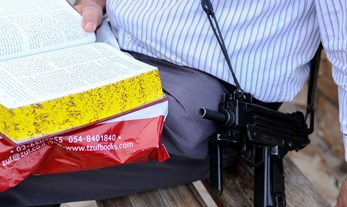 How does Israel’s national-ultra-Orthodox population (“Hardalim”) combine ideals of the "new Jew" with their ultra-Orthodox religious world view?

Israeli secularism has largely abandoned the ideal of the “new Jew” in recent decades, but religious Zionism has remained fervently loyal to it 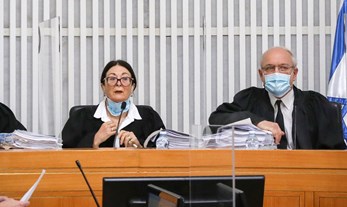 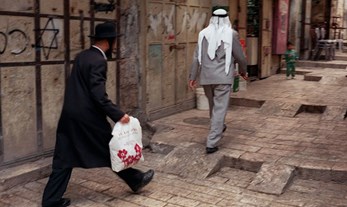 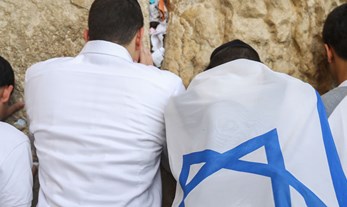 The cause for the past year's political crisis lie in the ever-widening gap between the two main pillars of the State of Israel’s identity—its “Jewish” and “democratic” components. 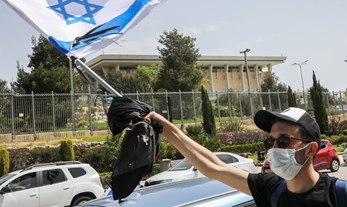 Israel finds itself in an unprecedented political situation at a time it must face a worldwide pandemic. 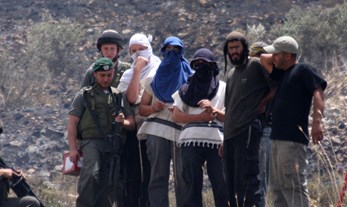 As a rule, it is not just their extremist ideology that has sent them to camp on the hilltops, but also the alternative they have chosen to replace the staid, bourgeois life they left behind. 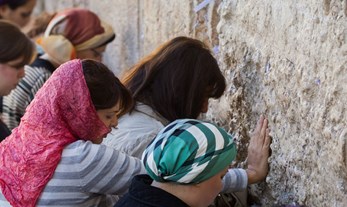 All of us face the dread of the unknown future and the fate it holds for us. 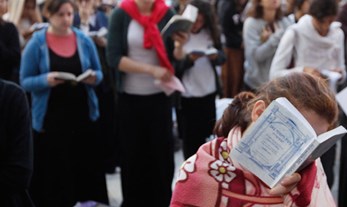 Strengthening the norms that are founded on our shared national traditions can help fortify our shared national identity - but any attempt to impose religious norms on a public when the majority does not identify with them will only lead to division and hate, says Yair Sheleg as we mark the mourning day of Tisha BÁv. 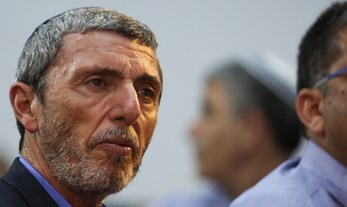 Calls for applying "Torah Law"in Israel lay bare the the much larger problem posed by the substantial clash of the world of Halacha with two fundamental principles of the modern liberal world: individual freedom and equal rights 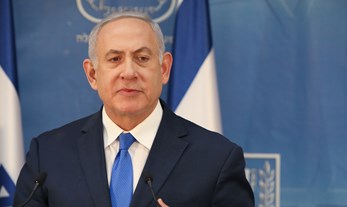 Israel has had 12 prime ministers in its 70 years, but none provoked such fierce emotional debates as Netanyahu. How can we reverse the growing rift between Israel and diaspora Jewry? Both sides have their work cut out.

We should simultaneously define Israel as the nation state of the Jewish people and at the same time---the state and home of all its citizens.

Do we really believe that our fate for the coming year is determined on this day? 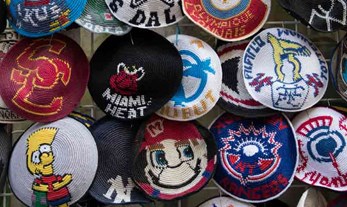 Religious Zionism is based on a nationalistic, even hawkish, position on foreign affairs. Such an ethos, especially in the Middle East, thus demands a great willingness to sacrifice. However, this desire to serve the greater good can only be maintained over time if a sense of solidarity and mutual responsibility unites the members of Israeli society. 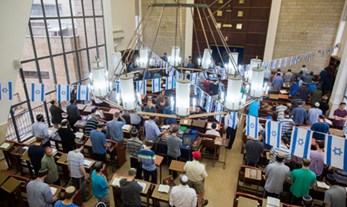 The relationship between religion and state in Israel is stormy. Lately, it seems the ultra-Orthodox have launched a new offensive on several fronts. This op-ed was originally published by JNS.org. 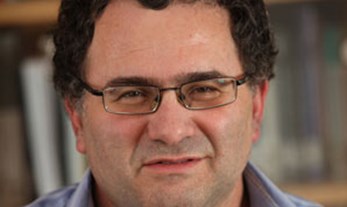 Yair Sheleg, head of IDI's Religion and State program, argues that there are multiple forms of Jewish identity and that religious coercion should not be used to oppose a reality that history created. 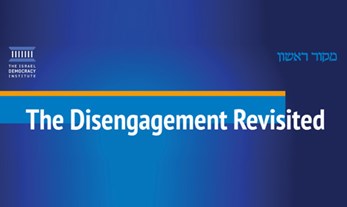 Ten years after the disengagement from Gaza, Yair Sheleg, head of IDI's Religion and State program, explores the impact of the withdrawal from Gush Katif under the leadership of Ariel Sharon on the Religious Zionist community in Israel. Should the American model of separation of church and state be applied to Israel? In an article in <em>The Jewish Week</em>, IDI's Yair Sheleg argues that Israel needs a unique model.

Why is Yom Kippur the most significant day on the Jewish calendar? What explains its appeal even to people who define themselves as "secular"? IDI research fellow Yair Sheleg shares his thoughts on this matter.

In an op-ed in Maariv, Yair Sheleg argues that the current roles of the Israeli chief rabbinate should be split and the rabbinate should serve solely in its representative capacity in the future.

Reflecting on the 17th anniversary of the assassination of Prime Minister Yitzhak Rabin, IDI Research Fellow Yair Sheleg asserts that Rabin Memorial Day should be observed as "Israeli Democracy Day" and shares thoughts on political violence in Israel of 2012. 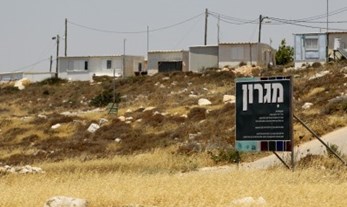 IDI Senior Researcher Yair Sheleg shares his thoughts on the differences between the evacuation of Yamit and the Sinai Peninsula in the past, and the upcoming evacuations of Migron and the Ulpana neighborhood of Beit El. 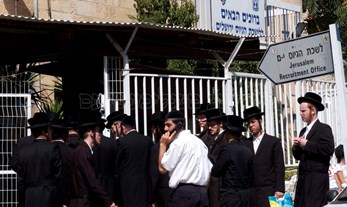 In this response to the Supreme Court ruling on the Tal Law, IDI Senior Researcher Yair Sheleg asserts that the exemption of ultra-Orthodox men from military service is an unparalleled <em>Hillul Hashem</em>—a desecration of the Name of God, and shares his views of a possible solution.

IDI Vice President of Research Prof. Yedidia Stern sets the  controversy over mass transportation on Shabbat and holidays in Israel in a broader context, and distinguished between the need for an Israeli-Jewish Shabbat (Sabbath) rather than a religious Shabbat.

Recently, the findings of the third Guttman-AVI CHAI report—A Portrait of Israeli Jews: Beliefs, Observance, and Values of Israeli Jews—were presented to the public. The findings have drawn much media coverage because they revealed that an overwhelming majority of Israeli Jews believe in God. In an op-ed from <em>Haaretz</em>, IDI Senior researcher Yair Sheleg responds to columnists who were alarmed by the findings regarding belief in God, and argues that what is really of concern is the inverse relationship between this belief and belief in democratic values.

Israeli society has seen a recent push to exclude women from the public sphere. In this blog entry, translated from the Hebrew, IDI Senior Researcher Yair Sheleg, argues against the recent turn toward extremism, calling on Israelis from all camps to respond to these developments responsibly.

In this op-ed from Haaretz, IDI Research Fellow Yair Sheleg reflects on the recent public debate over the Rabbi Dov Lior affair, and wonders why the religious Zionist camp was not as concerned about the contents of the book that Rabbi Lior endorsed as it was about his arrest.

In an op-ed from <em>Haaretz</em>, IDI Research Fellow Yair Sheleg responds to the law allowing admissions committees in small community settlements to bar new residents who do not suit the “lifestyle and social fabric” of the community.

In this op-ed from Haaretz, IDI Research Fellow Yair Sheleg decries the ultra-Orthodox refusal to alter standards for conversion to Judaism in recognition of the fact that for many Israelis, Jewish identity is not only an expression of religious observance but also of identification with Zionism and Jewish culture. He warns that the ultra-Orthodox approach is causing serious injustice to thousands of people who wish to live as Jews and raise Jewish children in Israel.

Are the ostensibly anti-Arab bills under consideration by the Knesset, the “Rabbis’ Letter” that forbids the sale of real estate to non-Jews, and the findings of the 2010 Israeli Democracy Index clear-cut indicators that racism is on the rise in Israel today? Or are more complex factors at play? IDI Research Fellow Yair Sheleg shares his views on this matter.

Is Israel in a similar situation as the Weimar Republic after World War I—on the road to a fascist, racist regime? In this article, IDI Research Fellow Yair Sheleg asserts that alongside the dangerous statements of the Israeli right, the extreme left's attempts to delegitimize Israel and its army, as well as its sweeping characterization of any initiative that seeks to strengthen Israel's security or Jewish identity as racist, are dangerous as well. He concludes that it's not enough to combat anti-democratic terrorism; the exploitation of democracy that feeds it must be combated as well.

In an op-ed for <em>Haaretz</em>, IDI Research Fellow Yair Sheleg analyzes the behavior of renegade MK Rabbi Chaim Amsellem of Shas in its broader socio-religious context. Could Amsellem be a harbinger of a new renaissance in Jewish law, or is he an exception that does not point to a trend? 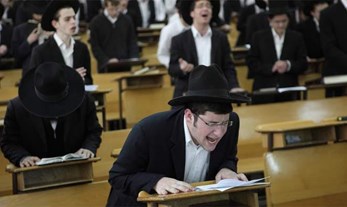 In an op-ed for <em>Haaretz</em>, IDI Research Fellow Yair Sheleg laments the dependence of ultra-Orthodox Yeshiva students on public funds and calls on the Netanyahu administration to reduce the stipends.

In this article, which was published in Haaretz on June 16, 2010, IDI Senior Researcher Yair Sheleg looks at the battle over ethnic segregation in the religious girls' school in Immanuel and asserts that Jewish religious law is not racist; rather, the social norms that characterize the ultra-Orthodox worldview are at the heart of the conflict.

In this article, written against the backdrop of the Holyland real estate scandal and just before Israel's Memorial Day for Fallen Soldiers, IDI's Yair Sheleg explores the connection between the security situation and hedonistic trends within Israeli society. Mr. Sheleg recommends a new practice that would remind Israeli politicians of the standards and values to which they are expected to adhere.

IDI Research Fellow Mr. Yair Sheleg highlights growing individualism within both the religious and secular Jewish populations in Israel and takes note of growing rifts between the two communities, in an article that was published at the end of the third millennium as part of a collaboration between IDI and Walla!, a popular Israeli website. 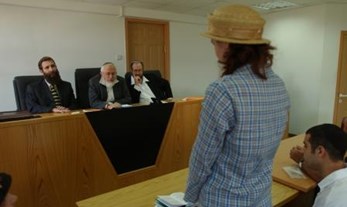 This article presents an interview conducted with IDI researcher Yair Sheleg on the occasion of the publication of his IDI policy paper on the political and social ramifications of evacuating settlements in Judea, Samaria, and Gaza, which used the Disengagement of 2005 as a case study.

While pending the possible decision to evacuate settlements in Judea and Samaria, IDI Research Fellow Yair Sheleg offers a new model of evacuation, based on the Algerian evacuation model, altered to fit Israeli reality.

Yair Sheleg investigates whether the separation of religion and state manifests itself differently in Israel than it does in other countries.

A Plan to Reduce Tension between Religion and State in Israel