In May 2012, Israel marked the 30th anniversary of the evacuation of Yamit and the Sinai Peninsula. In honor of this occasion, IDI Research Fellow Yair Sheleg shares thoughts on those evacuations and the differences between them and the upcoming evacuations of Migron and the Ulpana neighborhood. He argues that if a state is entitled to demand that its citizens sacrifice their lives in wars it deems essential, it is also entitled to demand that they leave their homes if the state deems it essential. But are the circumstances of the past and future evacuations the same? 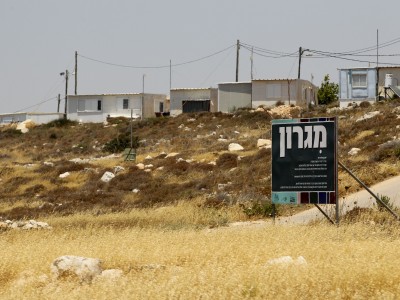 On May 14, 2012, the Knesset marked the 30th anniversary of the evacuation of the Sinai Peninsula and the settlement of Yamit and its surroundings in accordance with Israel's peace agreement with Egypt. This was the first evacuation in Israel's history that was planned and did not take place in wartime. (In the War of Independence, areas that were difficult to defend were evacuated, as in the case of the evacuation of Kibbutz Beit HaArava and of the women and children of the Gush Etzion Bloc.)

For the State of Israel and most of its citizens, the evacuation of the Sinai primarily involved the loss of extensive territory, strategic depth, oil resources, and enchanting vacation sites. But for the several thousand Israelis who lived in the communities that were evacuated, it had a far deeper meaning, as they had to take leave of their homes, communities, and dreams. The struggle of these people to prevent the evacuation is etched in our collective memory as the first of several difficult confrontations regarding this matter. It is hard to forget the students, led by Tzahi Hanegbi, who were carried away in cages after having been removed from the rooftops of Yamit, or the bunker in which supporters of Meir Kahana threatened to blow themselves up. In practice, however, the realities of life have cast these images aside, replacing them with fresher, harsher images: the evacuation of Gush Katif and the Gaza strip, the evacuation of Amona, and who knows what we may witness in the upcoming evacuation of Migron and the Ulpana neighborhood of Beit El.

Forced evacuation from home is one of life's cruelest experiences. Anyone who underestimates its severity-whether out of political rivalry or utter insensitivity-shows the true measure of their humanity, no matter how humanistic they purport to be. Comments such as television journalist Yaron London's "it's no big deal; I've moved many times in my life" are irrelevant. Moving voluntarily, assuming that the move is beneficial to the mover (who would not move otherwise), does not resemble forced evacuation in any way. Uprooting communities entails three levels of destruction:

This threefold destruction justifies the argument that even if the term "evacuation" is technically valid, when settlements and communities are involved, the harsher term "uprooting" is more suitable. (The term "expulsion," however, is not, since its orientation is outward, while the present situation involves inward movement, however coerced it may be.) In keeping with this approach, many respected authorities claim that a state may never uproot its citizens unless it is a result of the exigencies of war.

Notwithstanding the above, however, this conclusion should not be accepted. Although forced uprooting is extremely harsh, as discussed above, more difficult situations face human beings. Death is the clearest example of this. Every country in the world compels its citizens to risk their lives at times to protect national wellbeing and security. This is especially true of the State of Israel, which has faced existential danger from its very founding. Unfortunately, many people do indeed die in defense of the state, and they do so even if they believe that the particular war or battle is not necessary. A state that requires its citizens to be prepared to sacrifice their lives for its wellbeing and security is also entitled to demand that they be prepared to be uprooted from their homes if the state's official institutions decide that an evacuation is essential to national wellbeing and security. (This, of course, would be in exchange for appropriate compensation and the state's assumption of responsibility for appropriate resettlement.) This is true no matter how much difficulty the evacuation may entail, and even if the evacuated residents, like soldiers sent to war, do not agree with the decision to evacuate.

The First Lebanon War, which began only about a month and a half after the final evacuation of Sinai, was as severe a trauma for Israel's peace camp as the evacuation was for the Greater Israel camp. Some perceived it as an optional war, whose objective was political, rather than a war defending Israel's citizens from existential danger. Nevertheless, even soldiers whose views placed them squarely in the peace camp accepted, by and large, the decree.) The poet Raya Harnik lost her son Guni in that war and mourns him to this day. Although she objected to the war from the outset, even before her son's death, she never challenged his obligation to obey the orders of his commanding officers and go to battle. Author David Grossman, who opposed the Second Lebanon War from the start, lost his son Uri in a battle whose circumstances are fiercely disputed even among those who supported the war in principle. Grossman also never challenged his son's obligation to obey orders.

In principle, this lesson should be applied to possible evacuations in the future. In such cases, however, it would be appropriate for the relevant peace agreements to stipulate that Israeli citizens have the right to stay in their homes and communities even under foreign rule. (De Gaulle, who truly sought to liberate France from the burden of ruling Algeria, delayed the agreement with Algeria for many long months until the Algerians agreed to allow French settlers to remain.) This option must be available in principle, even if it is likely that most Israeli settlers, like their Algerian counterparts, would not opt to remain in their homes.

This theoretical discussion, however, does not apply to the context of the upcoming evacuations of the Ulpana neighborhood and Migron. In these two cases, the evacuations are not based on concerns for national wellbeing and security, but are based on property rights. In such situations, we must bear in mind that one injustice should not be resolved by committing another. If property rights have been violated, we should not impair the lives of people who apparently settled on private land in good faith. (Rather, the violation should be rectified by awarding the owners of the land monetary or territorial compensation, as is common in cases such as this. Moreover, destroying homes in Migron and Beit El is liable to serve as a precedent for similar claims against Jews who settled in homes that were owned by Arabs during the War of Independence.

The rulings of the High Court of Justice regarding Migron and Beit El are also problematic because of the retroactive norm they contain. Had the Court awarded state compensation to the owners of the land and decreed that in all future cases of a similar nature, the homes in question will be evacuated, that would have been an appropriate ruling, as long as it would apply to all cases in which houses are built on private land. The fact that the court's ruling is being applied to people who ostensibly had no idea they were settling on private land (or who assumed that if so, the owners would receive compensation) grants legitimacy-at least moral if not judicial-to the government's highly problematic attempt to bypass the ruling with retroactive legislation.  Yet, if the retroactive legislation is not passed, or if the High Court of Justice declares it unconstitutional, the Court's ruling will have to be carried out, even by those who oppose it, certainly without forcible resistance to evacuation. A situation in which the government does not respect Court rulings is so devastating to the already fragile fabric of Israeli society that it surpasses even the harsh destruction predicted for the families of Beit El and Migron.

In summary, it is possible and necessary to separate the theoretical dispute over evacuation of settlements from the specific ruling regarding Beit El and Migron. It is possible to support evacuation in principle if it is necessary for ensuring the wellbeing and security of Israel (within the framework of a peace agreement and even-in certain situations-of a unilateral withdrawal, as long as it does not lead to recurring terror, as it did after the withdrawal from the Gaza Strip), as this author does, yet oppose evacuation if it is effected to affirm property rights.

Yair Sheleg is a Research Fellow at the Israel Democracy Institute and a journalist for Makor Rishon.

Read the response to this article by IDI researcher Attorney Amir Fuchs.