Is it advisable to hold a referendum on a peace deal involving territorial concessions? In an article originally published in the Israeli Bar Journal, IDI Vice President Prof. Yedidia Stern expresses his reservations—and proposes an alternative.

In 2010, the 18th Knesset enacted a law requiring a referendum on any peace treaty with the Palestinians that includes concessions of sovereign Israeli territory. The current Knesset is now in the midst of efforts to upgrade the referendum law to the status of a Basic Law, with the apparent intention of protecting the legislation from judicial review or repeal by a Knesset majority. The proposal under consideration would also extend the law to apply to any future peace agreement that involves territorial concessions in Judea and Samaria, which are not under Israeli sovereignty. Should such a referendum be adopted?

The temptation is great. The fateful questions of the status of the lands beyond the 1967 borders have been at the center of Israeli life for nearly 50 years, and a decision about them would be of historic proportions. Accordingly, it would seem justified to use a special mechanism to provide added legitimacy to the decision-making process. In such a scenario, standard representative democracy—which is at times corrupted by shady Knesset deals—would give way to direct democracy for a brief but important moment. Instead of the decision being made by an incidental majority in the Knesset, the people themselves—"the voice of the masses"—would make the decision directly. What could be more democratic than this? Furthermore, one could argue that a peace agreement is not only a legally binding contract; it is also—and mainly—an expression of a conscious decision to see the other side not as a foe but as a friend. Ratifying such an agreement by referendum would give rich, educational meaning to this major decision. 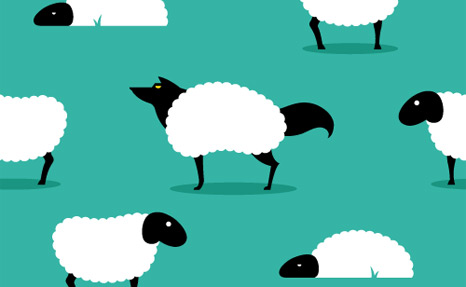 These arguments, however, are overshadowed by a mountain of counter-arguments that have convinced me to oppose the idea. There is good reason why we have always preferred representative democracy—a system in which decisions are made by elected representatives in the legislature—over direct democracy. Representative parliamentary democracy enables flexible negotiations among people or parties who have conflicting views and interests. It makes it possible to regulate conflicts by allowing members of all groups to have access to the centers of decision-making, brokered by the parliament. Whereas in direct democracy "winner takes all," in representative democracy compromise is considered preferable to victory by one side or another. This is especially important in Israeli society, which is a patchwork of sectors, each with its own special concerns. For this reason, the more important the issue at hand and the closer it is to the core identity and interests of parts of the population, the more important it is to rely on representative democracy, which has mechanisms for defusing tensions and facilitating compromises that take into account the sensitivities of all parties involved.

Much has been said about the judicialization of Israeli society, which has led to a significant shift of power between the different branches of government in Israel—from the Knesset to the courts. Many people, myself included, feel uneasy about the slow trickle of part of the national decision-making process from the representative apparatus (the Knesset) to the professional apparatus (the courts). Yet, it is precisely those who bewail the undermining of the Knesset by the courts who are advocating a referendum at the present time. This is perplexing, since it is clear that introducing the concept of a referendum will exacerbate the Knesset's growing weakness. A referendum would shift responsibility for a major national decision from the Knesset to the masses. This would show contempt for the system of government, undermine the public's trust in its elected institutions, and send Israel's elected representatives the dangerous message that they are not the ones who are responsible for the major decisions in the life of the nation.

The current Knesset's agenda includes a bill that would increase the electoral threshold. The proponents of this bill would like to raise the threshold to 4%, in order to eliminate miniscule parties from the Knesset; its opponents, in contrast, counter that an increase to 4% would silence minority voices. Against this backdrop, it is important to emphasize that a referendum that bypasses the Knesset is tantamount to setting a threshold of 49% for the issue at hand. Accordingly, it is easy to see that enacting a referendum is a great temptation for the majority.

For example, the major questions of Israeli identity—religion and state, who is a Jew, equal sharing of the burden of military service, and so on—have not yet been settled by the Knesset, even though most of Israeli society favors arrangements that are different from the arrangements in effect today. It stands to reason that at some point, the majority will decide that it is time to override the minority and will turn to direct democracy to achieve this. A referendum is a tool of brute force that can be employed against any minority at any time: settlers, Arabs, Haredim, the wealthy, and any one of us who, at some time and in some context, is part of the minority.

If it is decided to put a peace agreement involving territorial concessions to a vote by the people, a second, crucial question will emerge: When it comes to a referendum, who are the "people"? At some point, we will hear calls for a "Zionist decision," meaning that the majority required for the referendum should consist solely of Israeli Jews. Israeli Arabs, who vote in Knesset elections and have representatives in the Knesset (both in general and in sectoral parties), are likely to be excluded (or, more precisely, mathematically deducted) from one of the most important decisions in the history of the State—a decision that affects the issue closest to their heart. This is a concrete example of how a referendum could turn into a device for implementing nationalistic policy under the guise of democracy.

In the current atmosphere of demonization of Haredim, we may also hear calls to exclude the ultra-Orthodox from the required majority for a referendum, since they do not shoulder the burden of going out to war with the rest of the public. Beyond its toxic nature, the exclusion of 20% of Israeli citizens (if Arabs are excluded) or perhaps even 30% of Israeli citizens (if Haredim are also excluded), would give veto power to a minority of the citizens of the state (some 40% or possibly even 35% of the electorate, seeing as only 80% or 70% of all citizens of Israel would be eligible to participate in the referendum).

Beyond the above objections in principle, a referendum would also involve serious practical difficulties. Sometimes a decision about a given issue must be based on classified information, which cannot be shared with the general public. Deciding complex issues may similarly require complex assessments, the use of professional tools, or keeping emotions in check so as to enable rational analysis. Representative democracy is designed to overcome these difficulties. In this system, elected representatives take the place of the public, in recognition of the fact that the general public's ability to make complex decisions in an optimal way is limited. Thus, for example, a referendum on territorial concessions could be passed or defeated due to a terrorist attack or demagogic maneuver on the eve of the vote.

In conclusion, I would like to propose an alternative: legislation should be enacted to the effect that any peace treaty that includes significant territorial concessions would have to be ratified by two consecutive Knessets. That is, as soon as a Knesset approves a peace treaty, it will be dissolved and general elections will be called. Presumably, in the election campaign that ensues, each party would have to present its position on the proposed peace agreement. The elections for the new Knesset would thus be a referendum, of sorts, on the treaty. If the parties that support the peace treaty win a majority of Knesset seats, the agreement will be approved by the incoming Knesset; if they do not, the agreement will not be passed. This proposal recognizes the tremendous importance of a peace agreement involving territorial concessions, and accordingly creates a unique ratification process for such an agreement, while at the same time avoids the pitfalls of direct democracy. Representative democracy—expressed through an election campaign specifically focused on the peace agreement—is the appropriate mechanism for making this fateful decision.

Prof. Yedidia Stern is Vice President of Research of the Israel Democracy Institute and a Prof. of Law at Bar-Ilan University.

A version of this article was originally published in Hebrew in Orech Hadin (The Israeli Bar Journal), No. 20, June 2013.