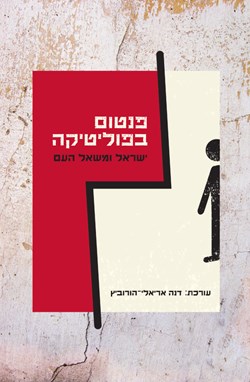 Are referenda appropriate practices for political decision-making in Israel? This collection of articles examines the use of referenda from a global comparative perspective.

There have been frequent calls for a referendum in Israel, but none has ever been held. This decision-making tool has become a “phantom” in Israeli politics.

Could the fate of the state be decided in a referendum? If the people can run their own affairs, why do they need an administrator or governor? Does the public have enough information to make decisions? Many more questions and even some answers can be found in this compendium.

The call for a referendum rests on the assumption that because it is not possible to resolve certain controversial issues in the current political system, the decision should be removed from the purview of the system and made directly through a reform in the electoral system and party primaries.

This volume addresses the following questions: is referendum really a suitable tool for the Israeli political system; are there dangers in adopting the referendum as a decision-making mechanism; is this mechanism, which is identified with direct democracy, compatible with Israeli democracy?

The authors propose learning from countries that have held referenda in the past and in the present and studying their use from a comparative perspective. Alongside the comparative view, there is also a discussion of the degree to which the referendum is suited to Israeli politics and society. These topics are examined from the perspectives of various disciplines, including political science, sociology, philosophy, and law.

About the Author: Dr. Donna Arieli Horowitz is the head of the department of History and Theory at Bezalel, the Academy for Arts and Design.