Israeli politicians deemed the attack of a group of Arab teens by a group of Jewish teens in Jerusalem's Zion Square in August 2012 to be the act of "bad apples" who don't represent the norm. In an op-ed published in Haaretz, however, IDI researcher Attorney Amir Fuchs asserts that the radicalization of Israeli youth is the fruit of a poisonous tree being cultivated in the Knesset itself and calls for ending the vicious cycle that is strengthening racism in Israel. 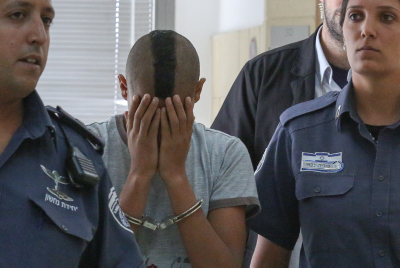 Last Thursday, a number of Arab teens - one of whom is now in serious condition - were attacked in Jerusalem's Zion Square. According to a number of sources, the attack was carried out on nationalist grounds, by a group of Jewish youth shouting offensive racial slurs. It is to be expected that politicians from across the political spectrum will denounce it, as befits people who are opposed to racism and violence, and will deem the marauders "bad apples" or similar epithets implying that the incident was an aberration.

However, ignoring the fact that this kind of event is a manifestation of increasing racism and nationalism in Israeli society in general, and among Israeli youth in particular, is disingenuous at best and malicious at worst. During the last few years, a wind has been blowing from the Knesset that has been fanning the flames of racism and arousing nationalism. Its message has been unequivocal; it has been pushing Israel's Arab minority to the wall, stripping them of the legitimacy of their existence as a minority with equal rights.

This trend began with Yisrael Beiteinu's "loyalty-citizenship" bills, which sought to denounce Arabs as not loyal to Israel because they would not pledge allegiance to a Jewish state. It continued with the "Admissions Committee Law," which was aimed at excluding Arabs from small communities by giving residents the authority to choose their neighbors based on suitability to the "social and cultural fabric" of the community. It was also evident in legislation designed to silence Arabs and anyone else whose thinking dares to differ from the consensus.

This trend was also revealed in the winter session of the Knesset, in a surreal discussion led by Likud MK Danny Danon, chairman of the Immigration and Absorption Committee, a representative of the ostensibly liberal ruling party. That discussion included absurd arguments about the phenomenon of "girls being abducted by Bedouin youth" - a phenomenon that, according to the police representative who participated in the discussion, does not exist. As the debate continued, it became clear that the topic being discussed was essentially the preservation of the purity of the Jewish race by protecting it from assimilation. If this is the state of mind that underlies the legislation and deliberations of the Knesset, what exactly can we expect of our youth?

When a long list of prominent rabbis signs a letter calling on Jews to refrain from renting or selling apartments to Arabs, can we expect religious youth to see Arabs as citizens with equal rights? And when the Attorney General closes a criminal investigation of suspicion of incitement to racism in the case of that letter, or in the case of the publication of Torat Hamelech (The King's Torah) - a book that explains the "laws of killing gentiles," compares non-Jews to animals, and includes quotes such as "it is reasonable to harm children if it is clear that they will grow up to harm us" and "there are situations in which we will want to harm innocent people from the outset, and in which their presence and killing is actually beneficial and helpful to us" - what is the average teen supposed to make of that?

And while the attitudes of the public, and especially of Israeli youth, are becoming more extreme and are leaning toward the nationalist-religious camp - so much so that according to a March 2011 survey by the Friedrich Ebert Foundation, 46% of Israeli teens support the denial of the right of Arab citizens to be elected to the Knesset - what is the Education Ministry doing? It is taking steps to strengthen national values in the curriculum and is weakening the study of civics as a subject for teaching the values of liberal democracy by ousting professionals who are suspected of being "too liberal," such as supervisor Adar Cohen.

Let's not be naïve. The trend of radicalization among Israeli youth, which is reaching the point of real racial violence, is the fruit of the poisonous tree that the Knesset is cultivating, whether deliberately, by negligence, or as an outgrowth of pure populism. This vicious cycle, in which racism in the Israeli public bounces back in populist legislation, which in turn grants legitimacy to racism and strengthens racist trends, must be stopped.

Amir Fuchs is a researcher at the Israel Democracy Institute.

This article was originally published in Hebrew in Haaretz on August 21, 2012.