As Israel faces an assault from Hamas in Gaza and the erosion of democratic values from within, Attorney Amir Fuchs asserts that education regarding democracy and civics is the best way to prevent hatred, violence, and racism. 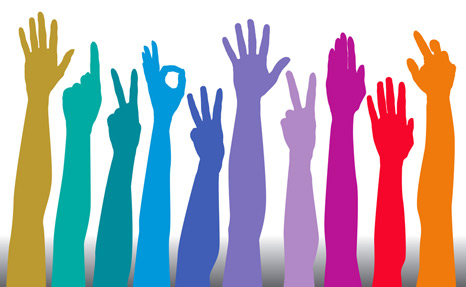 Israel is going through a difficult and worrying time. Lurking behind the security situation that is disrupting our lives is an equally significant threat: A shocking wave of hatred, violence, and racism. What began as terrible statements in social media has led to violence in the streets, a shocking murder, and in recent days, violence towards protestors.

This isn’t surprising. Even when the phenomenon of hate crimes against Arabs first emerged and consisted mostly of vandalism, it was clear that it was just the tip of the iceberg and had its origins in a much broader phenomenon that was destined to spill over into violence. Many people, not all of whom acted deliberately, encouraged and contributed to the development of this wave of violence, whether politicians, rabbis, or other community leaders.

The solution to this problem is twofold. It demands a combination of short-term treatment, which involves dealing with the criminal offenses, and long-term treatment in the area of education.

Unfortunately, the only solution that could deal with the problem at its roots would take years. That solution begins and ends with true education for substantive democracy, which is committed to human dignity and universal equality for all citizens. And there is no need to reinvent the wheel. It is still not too late to adopt and implement the recommendations of the "Being Citizens" report on civics education that was issued by the Committee that was headed by the Israel Democracy Institute's Vice President Prof. Mordechai Kremnitzer. This report, which included a recommendation that Israeli students should be taught democracy and civics throughout the years of their schooling, starting from kindergarten, was not fully implemented. Moreover, in recent years, books that were written in the spirit of this report have been criticized for supporting an education that is too liberal; as a result of these criticisms, steps have been taken to downplay crucial democratic and liberal values in the education system.

There is an urgent need to put aside political differences in order to be able to treat the pressing issue that is unfolding before our eyes. We must reinforce education centering on democracy and good citizenship—education for community and social involvement, education towards independent and critical thinking, education that lauds participation in politics as a necessary and noble, and that encourages registering in political parties and engaging in political activities in order to impact the reality of life in Israel directly. This cannot be done within the limited hours currently allotted to the study of civics in Israeli schools and the relatively late age at which such studies are introduced. It is imperative to include education for democratic values within the study of the humanities. A special effort must be made in schools that are not part of the state education system, since surveys of student attitudes have revealed a serious problem in such schools. These frameworks need a thorough process of repair, with systematic monitoring of the quality and nature of their instruction in the areas of democracy and civics.

When it comes to dealing with the criminal offenses in the short-term, some rethinking is necessary on the part of law enforcement. A situation in which violent gangs shout racist slogans in the streets of the capital while protected by the police is intolerable. This issue requires clear guidelines for response that will not be compromised. A reasoned and careful examination of prosecution policy regarding incitement to racism is also necessary. The place to start is at the top, with investigations of statements made by leading figures such as rabbis and opinion makers, since such statements have much more impact and are far more dangerous than a random tweet or Facebook post by a hot-headed youth. The Attorney General's decision to close the case against the book Torat HaMelech, a work of Jewish law that stated that "there is a tenable position that it is permissible to harm [non-Jewish] children if it is clear that they will grow up to harm us," and the decision not to pursue action against the "rabbis' letter," which asserted that apartments should not be rented to Arabs, are examples of policies that must change immediately. The state must not respond weakly to those who use Jewish values in a despicable manner and encourage racism.

In light of the violent scenes that we are witnessing, those entrusted with education and law enforcement cannot wash their hands of responsibility. It is incumbent upon them to act.

Adv. Amir Fuchs is a researcher at the Israel Democracy Institute.