In the midst of Operation Protective Edge, IDI President Yohanan Plesner warns of the dangers of racism, incitement, and stifling of free speech and asserts that it is essential to internalize a substantive democratic culture. 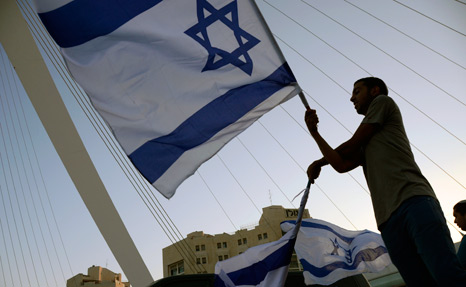 It’s not easy to be a democracy in wartime. Since the start of Operation Protective Edge, we have witnessed violent, racist, and incendiary rhetoric by extremists on all sides, among both supporters and opponents of the fighting. It is precisely in times of crisis that the strength of democracy is put to the test. Democratic principles such as freedom of expression are not suspended when the guns roar; rather, they are balanced against other democratic values, such as national security, public order, and the right to privacy.

Democracy, unlike other forms of government, is not a regime of extremes. In totalitarian states, the dominant principle during times of war is “Quiet! They’re shooting” (and quiet is encouraged after the shooting as well), while in places where anarchy reigns, people rejoice in bloodshed. In contrast, when a democracy confronts a crisis situation, there are forms of expression and action that not only do not undermine democratic values but actually make them stronger. Diverse forms of protest—especially in our digital age—enable people to express their positions and opinions and to share information. But what determines the legitimacy of these means of protest is the way that they are used and their degree of proportionality. Demonstrating against the war is legitimate, but not when it spills over into violence; criticizing the army's tactics and the death of innocent Palestinian civilians is possible, but not when it involves incitement; justifying the actions of the military is acceptable, but not when accompanied by racism and calls for indiscriminate killing.

Today, all Israelis, Arabs and Jews alike, have frayed nerves. Any word, phrase, sentence, or picture triggers a disproportionate reaction. At this time, the way to safeguard Israeli democracy is not to avoid taking a stand or to stand mute, but it is also not to rant, to incite, or to act without discretion. Democracy does not dictate particular ideas and attitudes, but it does determine scope, intensity, and limits.

In Israel, the fight for democracy is waged on a daily basis. The annual Israeli Democracy Index published by the Israel Democracy Institute has revealed intolerance towards minorities and a failure to assimilate some democratic principles.  We are currently witnessing an extreme illustration of these findings. The extremist actions and statements of recent days will leave their imprint on Israeli democracy after the war is over and may have a negative effect on the limits of democratic freedom in Israel.  Racism, calls for boycotts, incitement, and stifling free speech not only exacerbate existing tensions, but are liable to remain part of the Israeli reality after the fighting ends.

On the day after the war, Jews and Arabs will still be living together in Israel, as will rightists and leftists. Although it will be hard to undo the damage that is being done to the complex fabric of relations between the different sectors of Israel's population, repair will be possible, thanks to the healing power of democracy. Unlike other political systems, which might deteriorate into revolution, democracy has the tools and mechanisms for adjusting its trajectory.

Israeli democracy has weathered political and security crises in the past and has even emerged stronger in their wake. Questions regarding responsibility, transparency, separation of powers, accountability, and decision-making processes have been explored after wars. Even severe crises in the relations between Jews and Arabs, such as Land Day and the events of October 2000, have contributed to a change in attitudes about the status and rights of Israel's Arab minority. Democracy can grow from crises, too, but only if there is no threat to its very existence and legitimacy.

For this reason, special importance is attached to the conduct and statements of elected officials at times like this. These officials, who bear the responsibility for the health of democracy, must take pains not to do anything that might lead to radicalization or polarization, which are the domestic enemies of democracy. This responsibility also falls on the shoulders of all citizens of the country, regardless of nationality, religion, or political position. Most Israelis want to live together in a democratic state. We must not allow the tyranny of a radical minority to sabotage our common dream.

Israeli law and international law set limits on the permissible and impermissible in the war on terror. Israeli law also defines, among other things, incitement and slander. But laws are not enough to protect democracy. It is also essential to internalize a substantive democratic culture. In these times, when we are standing on the edge of the precipice, we all have the responsibility to ensure that Israeli democracy does not slide down the slippery slope.