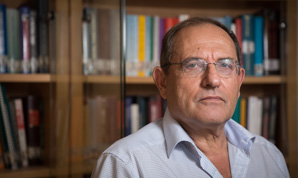 On September 15, democratic countries observe the International Day of Democracy, in accordance with a 1997 United Nations General Assembly resolution.

As such, it is only appropriate to say a few words about democracy, its virtues and its challenges.

Defining Democracy
What makes democracy the best system ever devised, rather than merely the least evil out of the other possible forms of government? In a democracy, the citizens are the ones who decide the norms by which they will live their lives, as a group in a shared society, the state.

The concept of citizens as rulers, masters of their fate, stems from the democratic tradition's recognition of their basic rights to liberty, equality, and human dignity — rights that originate in the equal value given to every human being.

The democratic system puts the individual first, since it perceives individuals as social creatures whose character is influenced by society, even as they simultaneously influence society.

Democracy, then, is committed to promoting fundamental values such as human rights, social justice, economic and social development of society, social cohesion, respectful relations among the various communities and, ultimately, peace between nations (as set forth in the Universal Declaration on Democracy, which the Inter-Parliamentary Union adopted in 1997).

No system of government respects human dignity as much as the democratic system. The inherent dignity of every individual requires the granting of free expression and individual autonomy (though not without limits). A democracy must place the individual, not the state, at the center of society. Indeed, democratic political theory holds that the state was established in order to safeguard the rights of the individual, including the freedom to choose and associate.

Democracy doesn't allow any single governmental entity to claim absolute power, since the ruling sovereign in a democratic system is an amalgam of average citizens. Indeed, such official bodies and state agencies are merely emissaries of the public, charged with acting in the name of and on behalf of all citizens.

What Poses a Danger to Democracy?
One menace to democracy is a governmental entity that gains unlimited power or acts to obtain such power. Such a situation subverts citizens’ sovereignty and is to be feared, since, as Lord John Dalberg-Acton warned, “Power tends to corrupt and absolute power corrupts absolutely.”

To defend against such a development, democratic nations established the basic principle of separation or sharing of power. Such a system of checks and balances is anchored by a judicial critique of the two other branches of power — executive and legislative — that shape governmental authority.

Checks and balances are particularly important in a parliamentary regime, in which the system contains, by definition, obstacles to the supervision of the executive branch (the government) by the legislative branch (the coalition majority).

Sharing of power is even more crucial in a system of government where both the political majority and the permanent minority are ethnic groups. Therefore, in Israel, for example, the constant attempts in recent years to reduce the court’s independence or change its apolitical nature are a subversion of our democratic system and harm or civic liberties.

Democracy is inherently fragile. We must always be on guard to protect it.

In a healthy democratic society, opposition to the government must be committed to presenting an alternative to the ruling coalition, and believe that doing so is a mission rather than a burden to be quickly discarded when the opportunity arises. Today, Israel lacks such an opposition.

Also vital to democracy are free media outlets committed to their role as critics; a place of honor for artistic and cultural expression that allows artists maximum self-fulfillment, while providing them with support, and permitting them to push the envelope of social convention; and an academic system that enjoys academic freedom in both theory and practice. When media, culture and academia are hampered by, among other things, a government that makes public support and funding conditional upon toeing the official line, liberty — the soul of democracy — is diluted.

Strengthening Israeli democracy requires a large-scale effort on the part of the Israeli public. As part of such an effort it will be appropriate to observe the International Day of Democracy in Israel.

The International Day of Democracy should allow us to remember and promote the values that are common and fundamental to most Israelis, values that are essential to Israel's existence.

Professor Mordechai Kremnitzer is vice president of the Israel Democracy Institute and professor emeritus of law at the Hebrew University.