Liberal democracy is in crisis everywhere. We in Israel have our share of problems. Our democracy is far from perfect, and it is under massive pressures — both external and internal. But all in all, if we look at the world around us, Israel is doing rather well. This article was originally published by the Atlanta Jewish Times. 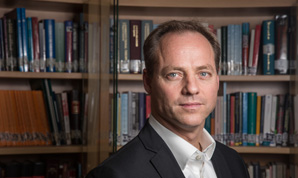 In recent weeks Israel has come under fire for what is being touted as a dangerous shift to the right. Critics have focused on a number of recent bills passed by the Knesset, in particular the MK expulsion law, an amendment to the Basic Law of the Knesset that enables the ouster of a member of the Knesset by a vote of 90 of 120 members.

I opposed this initiative because I felt it was potentially damaging to Israel’s constitutional foundations, to its image abroad and to the standing of its Arab minority. The expulsion bill is an aberration that turns the Israeli parliament, a political body, into investigator, judge and jury on the basis of a vague legal provision. The law is also unnecessary because there are plenty of mechanisms to censure errant MKs. In short, it is a bad bill.

Nevertheless, it is important to put this law — and other denunciations of Israel’s democracy — into perspective.

First, because the law requires a three-quarters majority, including the signatures of 10 members of the opposition, it will be almost impossible to implement. Like many other recent legislative initiatives, it is a populist gambit designed primarily to win votes — and headlines.

Second, one must consider the bill’s origins. In February, a delegation of the Arab Balad Party met with the families of 10 dead terrorists whose bodies were being held by Israeli authorities. When the MKs stood in a moment of silence to honor the memory of “martyrs,” a firestorm erupted.

The ill-conceived bill to suspend (and later expel) offensive MKs was born out of the public’s outrage over the action of the Arab MKs. That the bill is designed to target a specific minority group is disgraceful. It is also foolish, for who knows against whom a future majority might turn? But the emotions that produced it are understandable.

However, when one realizes that this legislation was born of a desire to expel Arab MKs from the Knesset not because the Knesset is anti-Arab, but rather because certain Arab MKs have made inciting statements against Israel, celebrated terrorism and maligned the Israeli army, one recognizes that this is a moderate reaction.

Third, some international perspective is in order. Let’s start by taking a look at Eastern and Western Europe.

We are all horrified by the recent terror attacks in France and Germany. However, when measured per capita, the number of attacks per year in these countries is still negligible compared with what Israel endures on a regular basis. Just since September, there have been 156 stabbing attacks (including 76 attempted attacks), 98 shootings, 46 vehicular (ramming) attacks and one vehicle (bus) bombing, according to the Israel Security Agency.

Meanwhile, all of Western Europe has had just 12 terrorist attacks since September 2015.

Yet the reaction across Europe has been disproportionate. France has announced a state of emergency and launched a nationwide crackdown on terrorism at a real cost to civil liberties. In December, shortly after the bloody terrorist massacre in Paris, the Front National party won 28 percent of the vote in the first round of the regional elections.

In Holland, the country’s main far-right party, Party for Freedom, is gaining popularity on its anti-immigration policy.

In 2015, Denmark’s anti-immigration, anti-Brussels Danish People’s Party made a surprisingly strong showing in the elections, scoring 21 percent and beating the center-right liberals. The platform: anti-foreigner, anti-Islamic and nationalistic.

Europe’s extremism is nothing in comparison with what we have seen in the Middle East. Turkey’s democratic future was thrown into doubt the past two weeks as President Recep Tayyip Erdoğan responded to the failed coup attempt by firing more than 20,000 teachers and dismissing all 1,500 of the country’s university deans.

Liberal democracy is in crisis everywhere. We in Israel have our share of problems. Our democracy is far from perfect, and it is under massive pressures — both external and internal. But all in all, if we look at the world around us, I would have to say that Israel is doing rather well.

This article was originally published by the Atlanta Jewish Times.

Tags:
Security and Democracy,
democracy,
terrorism and democracy,
Democratic Values and Institutions,
Center for Governance and the Economy