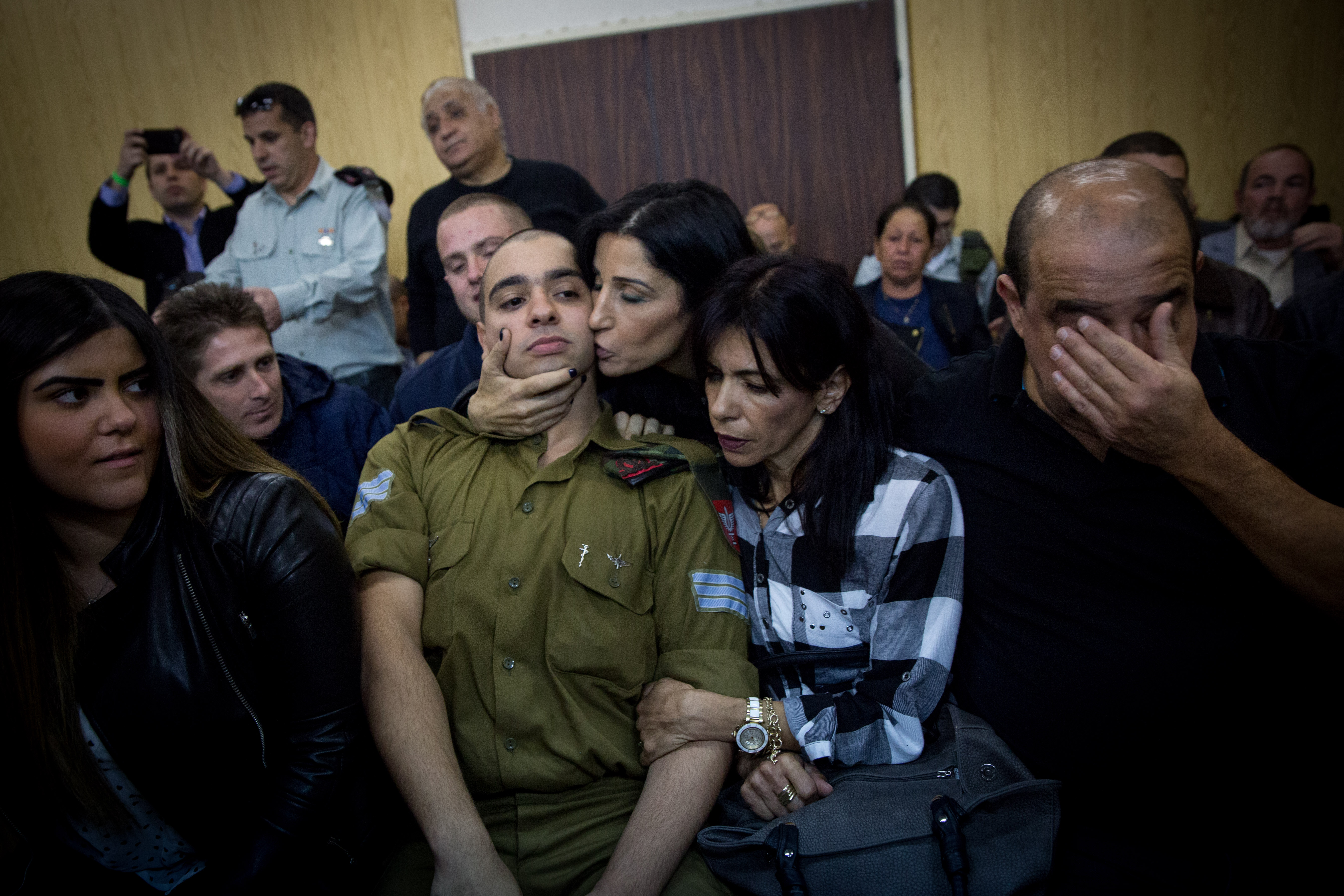 In October 2015, at the peak of the so-called Knife Intifada, there was a shocking terrorist attack at the Be’er Sheva bus station. Near the site of the attack, Eritrean migrant Haftom Zarhum was murdered after being mistaken for the terrorist. The harsh images captured by the security camera showed clearly that Zarhum was beaten to death while he lay dying on the floor.
skip - CCTV footage shows Eritrean national shot and beaten in Be'er Sheva

Immediately after that, the Israel Democracy Institute’s Guttman Center for Public Opinion and Policy Research asked, as part of its monthly poll, whether there was public support for killing terrorists on the spot, even if they had been apprehended and no longer posed a threat.
The results raised a red flag: 53 percent of the Jewish public thought that an incapacitated terrorist should be shot, even after his/her act of violence had ended.

The path from this incident to Elor Azaria was short.

We are witnessing a widening and worrisome gap between the army’s values – the code of ethics that every soldier is obligated to follow – and the system of values that the young men and women enlisting at the IDF induction center bring with them.

IDF values, enumerated in the document known as "The Spirit of the IDF", are not intended to be transient. Rather, they are the ethical and unchanging core that directs the actions of all our soldiers and officers.

This divergence could be explained by the true and justified public fear during periods of murderous terror. But neither empathy for Azaria nor feelings of insecurity among the wider public can detract from the challenge that stands before us.

The "Spirit of the IDF" defines “purity of arms” this way: “A soldier will use his weapon and his force only to carry out his mission and only when there is a need.”

The creed says that a soldier must maintain his humanity during warfare: “A soldier will not use his weapon and his force to harm non-combatants or captives, and he will do everything in his ability to prevent harm to their lives, their bodies, their respect and their property.”
Unfortunately, increasing numbers of Israelis hold completely different positions on the ethics of warfare. On an operational level, IDF officers are, as in the past, obligated to instill an ethos of warfare that is singular and unifying among all soldiers and draftees.

This mission becomes much more complex the more that the values already imbued in army draftees are fundamentally different from those expressed by IDF doctrine.

In the past, this divide between the values of the IDF and the worldview of most of the draftees was far less apparent. As such, the scope of the educational and ethical challenge was less than it is today.

Now, it is far harder to maintain the army of the people as an institution that best reflects, and, in the deepest way possible, implements, the concept of nonpartisan governance, or statesmanship, as a core value of the State of Israel. The significant challenge for us as a nation is far bigger than the specific legal decision concerning Azaria.

We must take a series of policy steps with the goal of stopping this ethical bifurcation in its tracks and create change. The responsibility for taking the first step lies with Israel’s senior political leadership.

Our leaders must avoid giving support and public justification to incidences in which the rules of warfare are violated. Such support, even if it said "just" for rhetorical effect, harms our moral and legal image in the world – and damages our own moral and legal foundations.
Our collective mission, as a free society seeking not only to survive but to thrive, is to maintain and strengthen the public's trust in the IDF and its officers. Simultaneously, we must reaffirm our obligation to the values of the IDF and its ethics code.

There can be no room for political irresponsibility or anti-statesmanship. We must push to coordinate efforts to buttress the ethics of war in the education system, the IDF and political life.

For this to stand a chance of success, some of our senior politicians must learn to withstand the temptation to weigh in and undermine those same ethical codes. The struggle for Israel’s values as expressed in its own army’s actions is far too important to be kept hostage to tactical political machinations.

This article was first published by Haaretz.