Is our country and society doomed to continually follow the same path of repeated crisis, or has the time finally come for us to plot a new course? 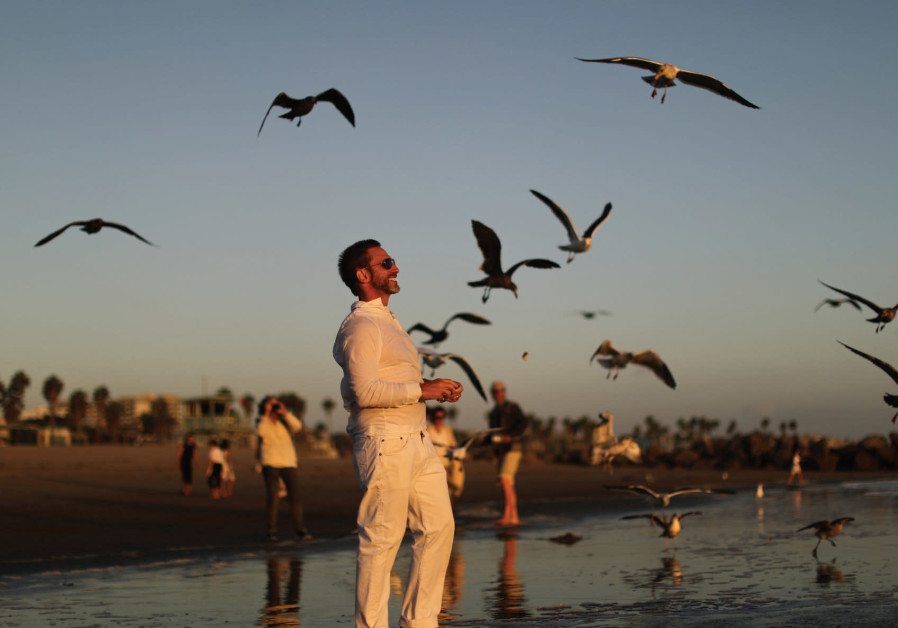 A MAN throws bread crumbs into the Pacific Ocean during the Tashlich prayer, a Rosh Hashana ritual to symbolically cast away sins, last week.. (photo credit:REUTERS)

The past year has brought into even greater focus the disputes that bitterly divide the Israeli public on questions of religion and state. There were dramatic events related to all major issues, some of which threatened, and continue to threaten, the government coalition, and all of which threatened the integrity of Israeli society and the Jewish People as a whole. In these Days of Judgment (Rosh Hashana and Yom Kippur), and as we enter the year in which we will mark the 70th anniversary of the State of Israel, is our country and society doomed to continually follow the same path of repeated crises, or has the time finally come for us to plot a new course? The ongoing arguments over the relationship between religion and state in Israel – or in other words, over the country’s Jewish character – began in the pre-state era.

Questions such as how Shabbat should be observed in public spaces, what form of conversion should be recognized by the state, how kashrut supervision should be organized and regulated, how the state should treat yeshiva students who engage in full-time Torah study, and what the character of public religious services should be have echoed down the years.

However, this year, it seems that these debates have all exploded into fierce disputes.

From among this year’s many confrontations, a few milestones are worthy of note: Shabbat observance in the public domain is changing before our eyes. First, the Tel Aviv municipality altered its municipal bylaws so as to permit limited trading on Shabbat, even in the city center.

This paved the way for other municipalities to follow suit and change, via local legislation, the status quo regarding Shabbat commerce. Meanwhile, the national government decided to pass a law giving the Chief Rabbinate a monopoly over conversion, thereby overturning a High Court ruling. The government also decided to freeze the compromise agreement over arrangements for worship at the Western Wall, which was achieved after years of negotiations with the non-Orthodox streams of Judaism.

In addition, the High Court canceled the current Military Draft Law, effectively ruling once again that ultra-Orthodox men must be drafted just into the IDF – just like other citizens. Finally, the High Court ruled to break up the Chief Rabbinate’s monopoly over kashrut supervision, in effect permitting the operation of alternative kashrut organizations.

Many would argue that the radical secular public, backed by the High Court, is eradicating the Jewish character of the state, and should be resisted with all possible force. In truth, this is not the case. The changes in the relationship between religion and state, particularly the High Court rulings, are the result of the inertia displayed by our country’s political leaders. The court is indeed ruling on questions of religion and state, and thus actively shaping the country’s Jewish character, but – and this is clearly emphasized in the wording of these rulings – it is only doing so reluctantly.

The court asserts that it has been left with no alternative, with politicians having dragged their feet on these issues for years without making concrete decisions.

Thus, the main factor that has shaped the issue of religion and state in Israel, particularly this past year, has been an absence of leadership, especially from the religious camp. Most of the changes we have witnessed are a result of leading national-religious and ultra-Orthodox rabbis’ and politicians’ inability to formulate a new relationship between religion and state based on an understanding that the maximalist stance they have taken until now simply doesn’t work.

Such an approach, according to which the Jewish character of the state should be ideally molded via coercion and political power, without making the slightest concession, and without any consideration for the various other member groups of Israeli society, has turned out to be counterproductive – leading to the erosion of that very Jewish character it seeks to bolster.

What, then, can be done? With the approach of Israel’s 70th anniversary, the time has come to embark on a new route, in two respects. First, we must take an honest look at the current situation and reevaluate the fundamental value of having the state be involved in various religious issues. Among the issues at hand, some are critically important for the future of the Jewish People, while others are more symbolic, such as allocating an area for non-Orthodox prayer at the edges of the Western Wall Plaza.

Second, religious politicians and rabbis in particular need to display a national sense of responsibility. Specifically, they should be willing to make brave and even painful compromises, based on the understanding that a truly Jewish state requires understanding and acceptance of all Jewish denominations – beyond the letter of Jewish law.

These issues are supremely important. At stake is nothing less than the unity of Israeli society, and the unity of the entire Jewish People. The time has come for rabbis and leaders in Israel to initiate crucial changes to the religion- state balance. Such reforms must be guided by a true sense of Yiddishkeit, instead of current political exigencies.

The author is director of the Israel Democracy Institute’s Center for Religion, Nation and State, and a lecturer in law at the Peres Academic Center.

Tags:
Judaism and Democracy,
Religion and State,
High Court of Justice,
Jewish thought,
judicial issues,
Shabbat,
ultra-Orthodox/Haredi,
Who is a Jew?,
The Joan and Irwin Jacobs Center for Shared Society