In an article originally published in Makor Rishon on the eve of Rosh Hashana, Prof. Yedidia Z. Stern shares thoughts on the Hebrew calendar, which contributes to Jewish unity and preserves the Jewish people as a single national and cultural unit. 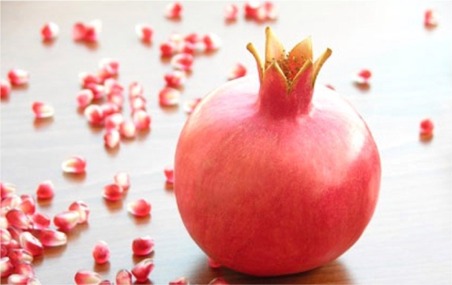 Throughout the year, the Israeli clock adjusts itself to the global clock and joins the rest of the world, abandoning all that is unique, local, and traditional. But it never abandons Jewish time completely. In fact, the greatest moments of life in Israel are based on the Hebrew calendar. This year, the fifth of September is cloaked in the raiment of Rosh Hashana, the first of the Hebrew month of Tishrei, a day of introspection and reflection, a time of hope and promise. New Years day, the first of January is, at most, a time for parties and news roundups; Rosh Hashana, in contrast, touches us deep inside. It is the "birthday of the world."

The Hebrew calendar should guide our lives not only as individuals and as groups, but also as a community and a state. If we want to preserve the Jewish people as a cultural and national group, we must design our cycle of time in our own way. Indeed, the Hebrew calendar—from Tishrei though Elul—is a perfect cure for two maladies.

The first affliction remedied by the Hebrew calendar is division. Jews in Israel rarely do things together. The rifts between different identity groups and special interest groups in Israel are deep and chronic. The Jewish calendar, however, unites us through common experiences. Ultra-Orthodox and secular Jews, settlers and Tel Avivians, rich and poor, all dip apples in honey on Rosh Hashana, suspend their lives on Yom Kippur, and light the menorah on Hannukah. On Passover, in mid-Nisan, some 90% of us will recline at the Seder. These holiday commemorations are extremely effective group therapy and preserve us as a single national and cultural unit.

The second affliction is the disease of cultural assimilation. As we know, the world has become flat. Not only are the same commercial products sold in Florida, London, and Kiryat Shmona, but identical cultural products, distributed through the media, are found throughout the world. What, then, enables the Jewish people to remain a distinctive group? Part of the answer lies in the cycle of time. The Muslim calendar is based on the moon; the Christian calendar is based on the sun. The Hebrew calendar is based on a fascinating combination of the two: The months are based on the moon, while the year is based on the sun. The cycle of time that regulates Jewish life is totally unique and is ours alone. As a result, while the stock exchanges in New York, Hong Kong, and Frankfurt will continue to work on the first of Tishrei, the Israeli capital market will not. The normal global work day, spanning from Silicon Valley to the rice fields of China, will give way in Israel to the still, small voice of the shofar, with angels scurrying to and fro.

We usually place our experience as Jews in personal, family, or community contexts. There are very few collective, national experiences that all Jews share. This is probably a result of the fact that Jewish tradition was shaped over two thousand years of exile, when the Jewish people lived in small, scattered communities, without an organizing framework as a nation. This reality changed with the rebirth of the State of Israel, which created a Jewish public sphere. This space cries out to us, begging to be filled with Jewish content. This is a daunting task, as we must translate key elements of our tradition from the personal and communal level and adapt them to the national sphere. This creative process requires great fortitude and much inspiration, not only on the High Holidays but on every day of the year.

Israeli public life is in constant turmoil. The national agenda is full of critical issues—more so than in any other country. The High Holidays open a hidden gate to a different dimension—a kind of bubble in time. In this unique time zone, burning issues and urgent matters give way to the moderate and deep. In the race of life, there is always reason to negotiate with the world and to live in constant noise—the clatter of information, special interests, action, and achievement. Like a shark that must move constantly to survive, we move and therefore we exist. Only rarely are we able to stop and live in the national moment, to see ourselves in perspective, to look at ourselves in silence and self-awareness. Only occasionally can we put aside—if only for a minute—our explanations and self-justifications, our questions of "how many" and "how," and focus on "why" and "where to." The Jewish time that brings us into contact with the High Holidays introduces an outside awareness into the routine of our lives. It gives us the opportunity to step off of the beaten path, look back on the journey we have taken, and look forward to the road ahead.

Many of us have experienced the wondrous, almost miraculous success of carving out a mood of personal introspection and soul searching when we reach a fixed date on the Jewish calendar—the High Holidays. May we be able to replicate this experience as a community and as a nation as well.

A version of this article was originally published in Hebrew in Makor Rishon on the eve of Rosh Hashana, September 4, 2013.