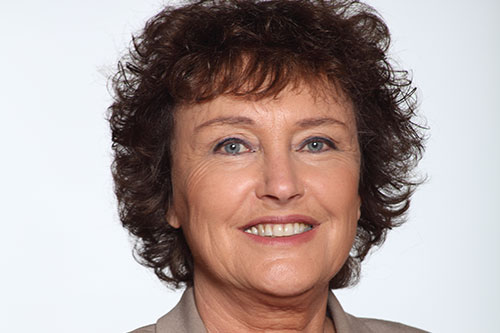 On the Role of the Governor of the Bank of Israel as the Economic Advisor to the Government:

"Within the current political context, where government policies tend, more than in the past, to focus on short term benefits and ignore longer term risks and costs, it is essential that an independent well regarded institution provides solid policy analysis and advice, and helps explain this to the public. To this day, the model, whereby the Governor of the Bank of Israel serves as an economic adviser to the government, has served the country well.”

"The argument against the CB's role in economic policy advice, is that it enhances the friction between the Bank and the government and thus may undermine the Bank's independence in its core responsibilities. Another argument is that in some issues the decisions reflect political priorities as opposed to pure economic welfare maximization decisions, and therefore should be left to the politicians, or that they may undermine the central banks' credibility or independence. These are valid arguments, and certainly, my tenure as governor has demonstrated that providing a well-grounded position on some sensitive or publically debated policy issues does raise the level of friction with the government."

"However, when we think about designing institutions, we should not think in the abstract, and we never start from scratch. We should take the starting point into account, and asses what is the likelihood that a change will get us closer to some "ideal institutional design" (if such exists). Given that this role has been defined in the original BOI law from 1954 as one of the main responsibilities of the BOI and its Governor, the basic infrastructure of knowledge and highly professional staff, and reputation has been built at the BOI to serve this responsibility. I also believe that the credibility of the central bank is enhanced, not damaged, by the quality research and policy recommendations it provides. In that regard, it may even contribute to the public support of an independent central bank."

"So, the Bank had frictions in the past and will probably have them in the future, and we should be able to withstand them. We should provide a quiet, behind closed doors policy advice in some cases, and contribute to a better-informed public debate on key policy questions. "

“In my final years in office, with regard to the 2017-2018 (August 2016) and the 2019 budgets, I warned against the Government's policy allowing for a significant deficit, given that the economy was close to full employment and based on optimistic assumptions that cases of one-time income would continue. This past year’s developments (the sharp rise in the deficit) should not have come as a surprise to anyone.”

On the current situation: “Unfortunately, the dangers I warned against have in part materialized. In June 2019, the Governor, Amir Yaron, presented an accurate analysis of this issue: The magnitude of the fiscal gaps is such that the government probably will have no choice, and will need to act forcefully and raise tax rates. In addition it is important to prepare for expenses to be incurred for transportation infrastructure and to adopt additional steps to increase productivity. Additional resources will have to be found to do so.”

Productivity, socio-economic gaps, and the path to inclusive growth:

"These gaps in productivity reflect two economies: the high-tech economy (9% of all of Israel’s employees) and the rest of the economy. The former is characterized by workers who are highly productive, educated, living in the center of the country, working in competitive industries relative to the world, and relying on innovation and high wages. The second economy is characterized – by industries whose employees receive low compensation relative to their counterparts in the world – are oriented towards the domestic market, less exposed to international competition, and with regard to some - not to local competition, as well."

"Therefore, the government's policy of increasing productivity and reducing the gaps in productivity and wages, should focus on improving education, including: early childhood education, basic education for ultra-Orthodox men; improving the level of the Arab education system including Hebrew studies, and expanding their affirmative action for middle and high schools; Investing in improving infrastructure, with emphasis on public transportation; Changing the support structure for businesses, to encourage investment and innovation in local industries, and streamlining regulation and reducing bureaucracy."

Independence of the Supreme Court - On the connection between recent initiatives regarding the Override Clause; attempts to weaken the authority of gatekeepers and Israel's economic resilience

"Government institutions and the rule of law, are important factors in a country’s resiliance and growth. In Israel, the Basic Laws substitute for a constitution, and the Supreme Court is entrusted with their interpretation and enforcement. We see that the most recent initiatives, such as the Override Clause, grant politicians unlimited power to legislate laws that may undermine the Basic Laws."

"As property rights and the rights of minority shareholders, are protected by virtue of the Basic Laws, potential infringement can damage the economy."

"A strong civil service that focuses on long term considerations and represents the interests of the general public is a balancing factor for the political level that tends to focus on short-term achievements, and sometimes represents a specific electorate. Thus, it is important to resist recent initiatives to politicize the appointments of senior civil servants."

"Finally, rating agencies cite the strengths of economic institutions (the components: the government's effectiveness index, the rule of law, and the corruption control index) as one of the resilience factors of the economy. It is important that they be kept safe."