Benjamin Netanyahu's legal problems are at the center of the current political quagmire. So what do Israelis think about the legal situation and what are the possible resolutions? 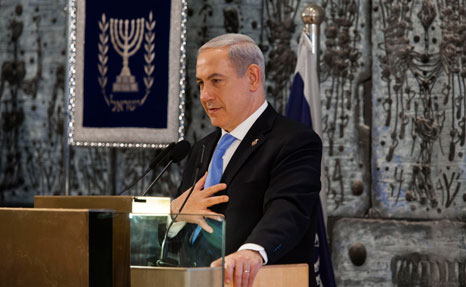 Shortly after the second election of 2019, the Guttman Center of the Israel Democracy Institute conducted two surveys –the September Israeli Voice Index and the Quick Survey, conducted before Yom Kippur - which included questions on Prime Minister Netanyahu’s legal situation and on Israel’s political future.

Israeli politics are at an impasse, with the options lying ahead being a potential third election or a unity government. One of the sticking points making it so difficult to form a unity government is Prime Minister Netanyahu’s legal situation. Earlier this year, Attorney General Mandelblit announced that he would agree to a hearing to allow Netanyahu's lawyers to argue that charges should not be filed at all. Throughout the election campaign, Blue and White stated that they were willing to sit in a unity government with Likud, but would not sit with Netanyahu while he is under investigation or under indictment. These hearings began on October 2nd, and it is not clear when a decision on whether to indict or not, and if so on what charges, will be announced. What do Israelis think about the legal situation and about some potential scenarios for resolving things?

One option is that Netanyahu will be offered a plea bargain requiring him to retire from public life, but that would enable him to avoid punishment for any of the crimes of which he is being accused. In one scenario, he would admit wrongdoing, while in another scenario he would not admit wrongdoing and receive a pardon from the President.

Breaking down the support for a plea bargain by political bloc, reveals that a slim majority of Jews on the Left would support a plea bargain that includes an admission of wrongdoing, compared to less than a quarter of Jews on the Right. Support for a pardon without admission of guilt is low across the political spectrum, even if the admission would be coupled by retirement from public life.

Would he take a deal? Alongside the question of whether he should be offered a deal by state prosecutors, is the question of whether Netanyahu would accept such an offer. Survey respondents were asked if they thought he would take the first option, including both an admission of wrongdoing and a retirement from public life, in exchange for avoiding a trial. Overall, Israelis do not believe that Netanyahu would take this offer. Among the public as a whole, just 23% believe there is a very high or moderately high chance that he would accept such a deal. This opinion is shared across the political spectrum, with only small differences between Arabs and Jews, and among Jews from the Left to the Right.

Will Netanyahu Take a Plea Bargain? (Arabs and Jews by Political Bloc, %)

All these responses indicate that the "easy" path-- which ousts Netanyahu from public life-- might resolve the political crisis in the short term and avoid a third election, but it is unlikely the public would actually support this decision by state prosecutors, and few believe that Netanyahu would accept this offer.

During the April and September elections, Blue and White party leaders indicated that they would happily sit in a unity government with Likud, but they would not sit with Netanyahu as long as he is under investigation or indictment. Likud has consistently said that they still support Netanyahu and want him as party leader.

On the Quick Survey conducted in early October, respondents were asked about whether Netanyahu should step down as head of the Likud now, or if an indictment is filed against him.

Netanyahu Should Step Down as Likud Leader (Arabs and Jews by Political Bloc, %)

Likud leaders are chosen by Likud party members. However, this survey did not ask whether respondents were Likud members, so we can only examine the opinions of those who voted for Likud in September, which is also helpful. Among those who voted for Likud in September, just 15% say that Netanyahu should step down because of the potential indictment. However, 32% say that he should step down as party leader if he is indicted. In both cases, a majority want him to stay as head of the party.

Should Netanyahu Step Down as Likud Leader? (Likud Voters, %)

Whether he steps down as Likud leader, is removed by a legal process, or leaves of his own free will, there will be a day after Netanyahu for Likud. In this context, the October survey asked respondents who they would like to see as the future head of Likud after Netanyahu. Gideon Saar is the most popular choice, although he does not have a majority of support from Jews on the Right, and there is likely to be a fierce fight among several candidates.

Only voters who have been dues-paying Likud members for at least 16 months would be eligible to vote in a hypothetical post-Netanyahu primary. However, as noted above, those who voted for Likud in September are still an important group to examine. Analyzing the findings among them, reveals that there is plenty of room for a new candidate: Gideon Saar has the support of 28% of those who voted for Likud in September, while a plurality of 38% say that they do not know who should be the next head of Likud, and 12% favor someone else other than the three choices presented to study respondents.

Israeli politics is in a moment of great uncertainty, without an easy and obvious solution in sight. The Israeli public does not support a plea deal for Netanyahu nor do they think he would accept such an offer. And while many Israelis favor his resignation, he continues to maintain high levels of support among his party's voters, who are uncertain about who should (or could), replace him.