The second day of the Israel Democracy Institute's (IDI) annual conference of the Center for Security and Democracy commenced today with a conversation featuring Member of Knesset and former Defense Minister Avigdor Liberman that focused on the security and political situation in Israel. The conversation was moderated by IDI President Yohanan Plesner. 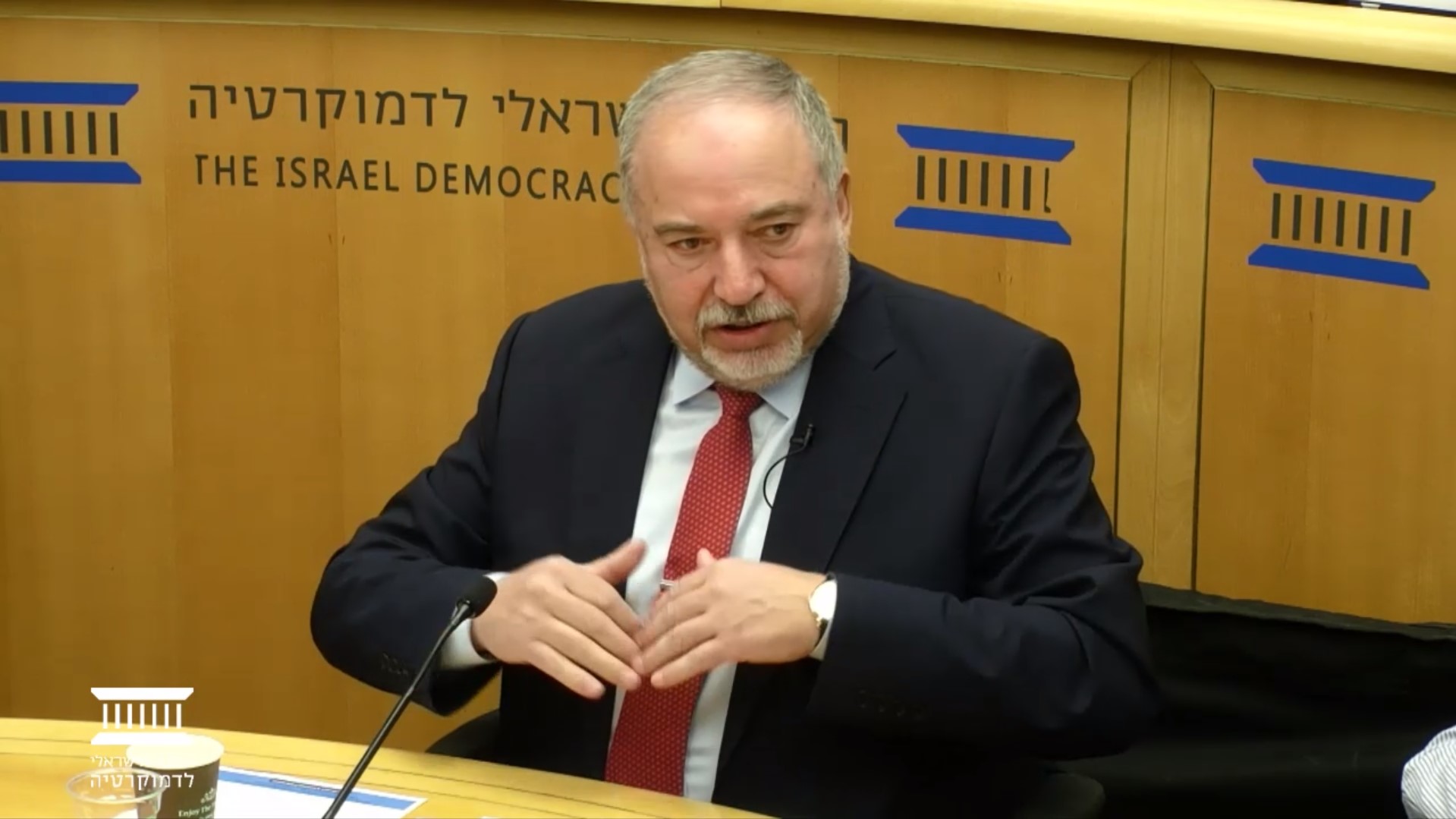 MK Liberman on the Security Situation:

"There is a deterioration of Israeli deterrence. This weakness is projected outwards. Our enemies have learned to leverage their ongoing conflict with Israel for economic gain. We reward violence with funds and other concessions, we pay a price."

"Netanyahu, who spoke out against a coalition with the Joint List, has formed one with Hamas. He coordinates with them. We saw this during the recent conflict in Gaza. He prefers to buy quiet from Hamas and pay 'protection' to a terror organization to ensure quiet. Hamas is building up its strength uninterrupted. They assemble two rockets a day that can reach Hadera. At this rate, in three years they'll turn into Hezbollah.”

“The second threat to Israel's security is the budget issue. As far as the security establishment is concerned, the current situation is a catastrophe. The state budget is now running on autopilot, but when it comes to security, this is an impossible reality. The defense budget should relate to the level of threats. Unfortunately, the threats have risen in recent years, and the current situation in which the budget allocation is run on autopilot cannot continue.”

MK Liberman on the Conscription Bill , ultra-Orthodox and Arab Israelis:

"The existing bill is not ideal, but it’s the best attainable compromise. The ultra-Orthodox MKs blocked the law because of their own internal conflicts."

"We are the only country in the world that funds an education system (among the ultra-Orthodox) that bans English and math. We are creating a new generation of needy poor people. This madness must stop."

“The most important component of a country’s strength is its national and social resilience. The more unified we are and the more shared values a country has – the stronger it is. However, when everything is separate - a separate education system, separate maternity wards, separate cities - it harms Israel's national resilience.”

“The Civil and National Service Law does not meet any parameter that a law is supposed to adhere to, and serves the political interests of one party. It must be amended, and this apparatus must be placed under the auspices of the Ministry of Defense, not the IDF."

“Anyone who talks about shared service today as an invention of recent years is unfamiliar with reality and facts. The joint service began in 1948. Today, all options exist - for the ultra-Orthodox, for religious women as well as for the secular. We must first think about security needs, and then whether a particular policy serves this need."

“Israeli Arabs are also a part of this and the Arab MKs are encouraging deliberate confrontation. For example, yesterday there was a court hearing on a defendant who was active in an illegal organizing and was inciting towards terrorism. All the Joint List MKs expressed support for the defendant, and severely criticized the Israeli legal system. Members of Knesset cannot align themselves with the Islamic Jihad. Seeing MK Ayman Odeh siding with this radical Islamic organization is completely crazy.”

MK Liberman on the Political Stalemate:

“In order for the previously used direct election law to be effective, we need to introduce three amendments: first, if the prime minister does not succeed in forming a coalition, he will be able to establish a 'professional' government of technocrats for two years, independent of the Knesset or parliamentary majority. It will have the authority to approve the budget, and it will be possible to pass resolutions with a special two-thirds plus one majority, (i.e. 81 Knesset members).

The same would be true of the legislative veto: The prime minister will have the right to veto legislation in the Knesset, enabling it to overcome its decisions in the same majority of 81 Knesset members. The three amendments are capable of solving our problems and making the direct election method effective.”

“The two major parties are equally responsible for the political crisis we are facing. They failed to form a unity government only because of personal battles. They did not display the leadership that was expected of them at such times. If we go to the elections there will be a different result, there will be a clear victory for one of the blocs.”

“We are facing a crisis in both security and economic spheres. Therefore, it is not certain that a narrow government can make the right decisions. Broad national consensus is necessary to make the dramatic decisions ahead of us.”

"The right forum to decide the legal fate of the Prime Minister is in court. I hope that he is found completely innocent. This all must be handled in a responsible mamlahti ('stately') manner."

"The initiative to set up a Knesset House Committee 15 days before the announcement of new elections so that it can discuss the question of granting the Prime Minister immunity is wrong, and only adds fuel to the flames. For all these reasons, we will oppose the establishment of a House Committee, as the purpose in this case does not justify the means.”

"The rally planned in support of the Prime Minister is unnecessary and will not contribute to our national or social resilience. It is an initiative that takes this argument from the courts to the streets. 'Surprisingly' our friends in the Likud leadership have prior commitments and events and will not be attending."

On the Prime Minister's ability to form a government under indictment: “The rules of the game cannot be changed in the middle. The next Knesset will have to address this issue and amend the existing law. At present, there is a clear and unambiguous law that cannot be changed. When we embark on an election campaign, and a coalition and government emerge - there will be room for change.”