The Israel Democracy Institute (IDI) held its annual conference on Populism and Policy entitled Global Trends and Democratic Governance in Jerusalem today. The conference, a partnership with Konrad Adenauer Stiftung, brings together leading international experts and researchers to discuss the ramifications of rising trends related to populism and its effects on democracy, security and economy. 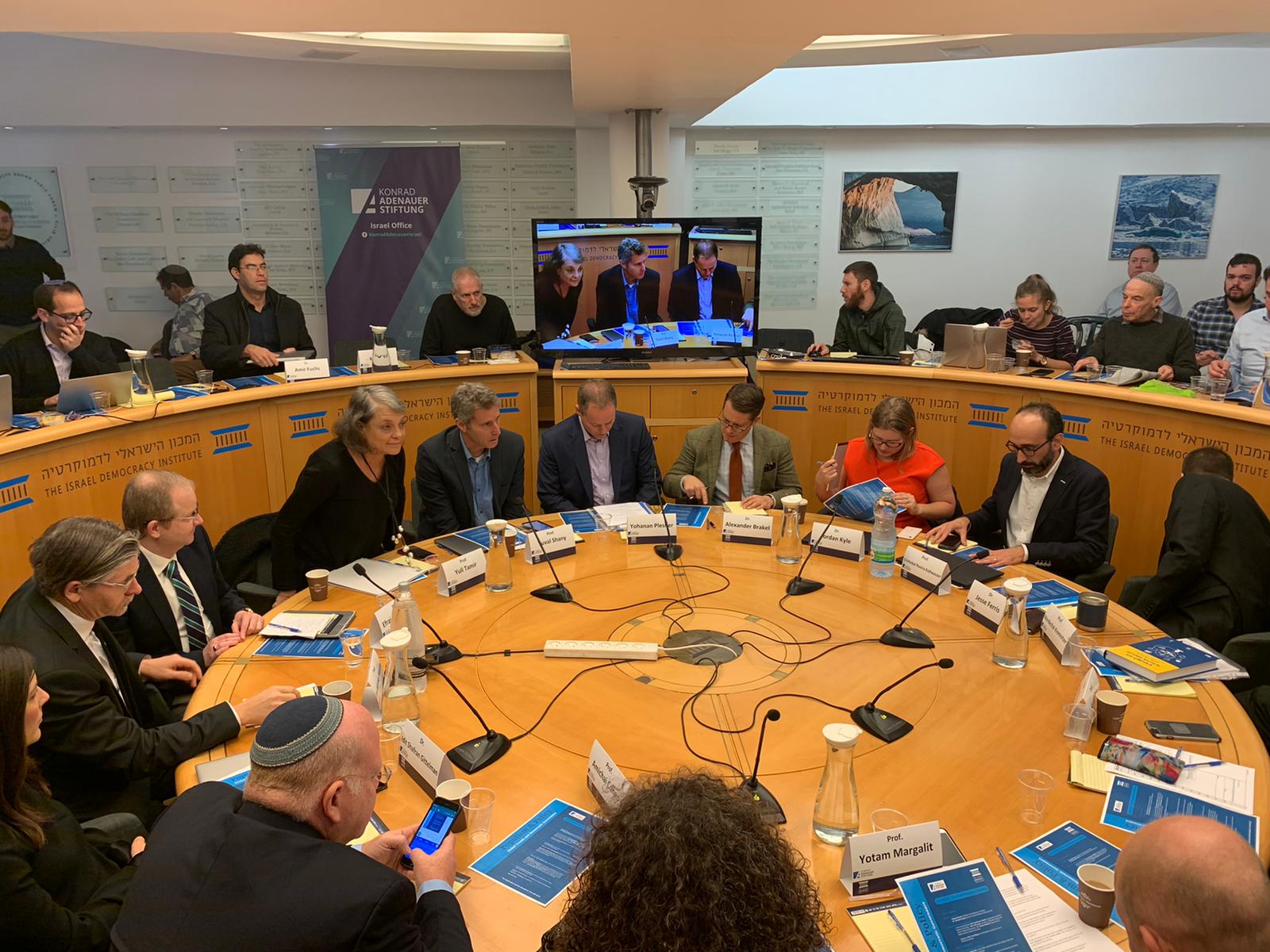 Yohanan Plesner, President of the Israel Democracy Institute: "Although we see worrying populist trends in Israel, such as leaders who define political opponents as enemies & claim that power has been obtained illegitimately, we are still able to conduct respectful and productive dialogue across the divide." Plesner added: Although Israel has worrying trends institutionally we still have fair elections, free media - even though it is under attack – and strong institutions. Notwithstanding the long political deadlock the state institutions are strong enough to take on a strong and popular prime minister.”

Dr. Alexander Brakel, Director of Konrad-Adenhauer Stiftung, Israel: "We focus so much on populism because it’s a threat to liberal democracy and 2019 has only strengthened this understanding. We will continue to study democratic resilience and working with IDI to strengthen democracies."

Prof. Jan-Werner Mueller, Department of Politics, Princeton University: "In my view, the claim among populists that only they represent the 'People' is the main problem because the other contenders for power are illegitimate and whoever doesn't share their understanding do not really belong to the 'people' at all…

With regards to election results – I would underline that even if populists don’t actually obtain power, they are damaging democracy because they are conveying to their audience that the institutions are not to be trusted."

Prof. Jan-Werner Mueller continued saying: "Populism is both distinctive and dangerous in that it is anti-pluralism. It always excludes others. 'Others' are not real people."

Jordan Kyle from the Tony Blair Institute for Global Change presented new work on how populism is dramatically changing the global political landscape. She introduced a database on the worldwide presence of political populism, Populism in Power, and discussed how populist rule can compromise key tenets of liberal democracy. Finally, Jordan discussed how populist leaders transform economic policies, especially those governing foreign investment.

Dr. Efraim Podoksik, Hebrew University - "Democratic processes are based on assumptions of equality and fair play. Today there is diminishing social mobility and equality. This is expressed in political process. Political competition between 'unequals' produces strong impetus to delegitimize democratic process."

Prof. Yuval Shany, Vice President, Israel Democracy Institute - "With regards to populism, the terms of the debate are shifting not only in Israel. We are confronting new challenges in post-war liberal democracies. They were never perfect but now their resilience is questionable."

Prof. Karnit Flug, Vice President, Israel Democracy Institute: "Populists make big economic promises – this characterizes economic populism. It is characterized by short-termism and some denial of budgetary constraints and the trade-offs between pros and cons." Flug continued saying: "Populists tend to advocate higher public spending and promise tax cuts – the theory that we'll reduce taxes and collect more money is unrealistic. For some reason the political system in Israel believes that this can work."

President of Shenkar College and Former Education Minister Prof. Yuli Tamir: "We can distinguish populists by their lack of commitment to processes and checks and balances. Liberals are committed to procedures and rely on courts. Populists want to destroy checks & balances. We see this in Israel and it's frightening."

Gil Hoffman, Chief Political Correspondent and Analyst, Jerusalem Post - "Israeli populism is different in two important ways. Politicians are not doing what the people want. All polls show that Israelis prefer a unity government over third elections. Also, ideas are not part of our elections. People vote on identity &personality but not ideas.” Hoffman added: "In the next elections we are waiting to see whether or not corruption will have an impact on the voters and whether Israel is going to be a harbinger of a new trend of bringing down populist leaders. Whatever the outcome - it will be fascinating."