Given the dark insinuations in the PM's request for Knesset immunity, a vote in his favor would be a vote of no-confidence in the rule of law. 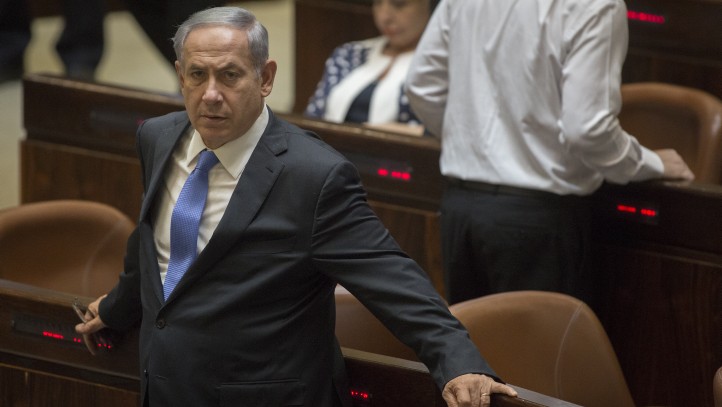 The prime minister decided to invoke his right to request immunity from prosecution. On the face of it, when the request is heard by the Knesset House Committee and then by the Knesset plenum, it will apply only to a specific and limited issue, namely, the question of when Netanyahu’s trial will take place — immediately, or only after he is no longer a member of Knesset. In practice, however, the immunity debate will revolve around an issue of infinitely greater importance: the status of the rule of law in Israel.

The legal arguments advanced in the prime minister’s “request for immunity” document, and its rhetoric, leave no room for doubt that he is claiming immunity because, in his view, the law-enforcement authorities are engaged in an unlawful putsch to overthrow him. This is stated clearly and unequivocally; “the filing of the indictment undermines the most basic principles of democracy;” “the indictment was submitted on the basis of clear discrimination against the prime minister as compared to other individuals;” “the indictment was not submitted in good faith;” “there is a strong suspicion that the police investigation was not conducted in order to arrive at the truth, but rather –in order to take revenge against the prime minister,” along with many other claims of a conspiracy against him.

And so, the real decision about immunity is not one for or against the prime minister as the political leader of Israel, or for or against any particular policy. These will be decided on Election Day, in March. The vote on granting him immunity will, in essence, be one of confidence or no confidence in the Israeli law-enforcement authorities.

The prime minister is trying to blur this crucial fact when he sneaks into his request — in short sentences — the assertion that, to corroborate the charges against him as discrimination, selective enforcement, and bad faith, “there is no need to establish that the indictment was submitted with malice or out of extraneous motives.” It is enough, he claims, to prove that the objective circumstances point to a lack of good faith. Of course, this is legal rhetoric, a game of empty words. For example, when the request accuses the Israel Police — dozens of professional investigators, all the way up to the inspector general — of seeking revenge against the prime minister, it is obvious that he is alleging a malicious plot against him. This is consistent with many speeches by the prime minister and those representing him, about an attempted coup.

So when voting on the request for immunity, each and every Knesset member will essentially need to respond to a question that in the past was raised only by eccentric figures on the fringe: Do they suspect the Israel Police, the State Prosecutor’s Office, and the attorney general of framing the prime minister?

We have to make it crystal clear: there is no connection between the great debate about where the law should fit into our lives and the question of trust in how the authorities apply criminal law. You can believe that the High Court of Justice “has seized control of our lives;,” that it is essential to enact an override clause, to pare back the scope of what is deemed to be justiciable, to eliminate the grounds of reasonability and proportionality, to change the system for appointing judges, and take steps to alleviate many alleged evils, without supporting the absurd claim that Ronny Alsheikh and Avichai Mandelblit — two men of peerless nonpartisanship, who have spent their entire adult lives in the General Security Service and the IDF, whose ideologies are not left of center (to put it mildly), who every Shabbat attend synagogue, where they recite the blessing for the leaders and counselors of the Israeli state — have betrayed their position out of some irrelevant impulse to overthrow Netanyahu.

So when the Knesset deliberates the issue of immunity, every one of our representatives will be facing a moment of truth, in which the question of his or her loyalty will be put to the ultimate test: are they loyal to the interests of one man, the prime minister; or to our collective national interest? When they vote on the request for immunity, the members of the Knesset — each and every one, as an individual — is playing the role of a judge who must take a stand on the truth of the prime minister’s allegations of a conspiracy against him. It is not a question of the Right versus the Left, or of “the political” against “the judicial,” but a direct and straightforward question: Have those whose job it is to enforce the law in Israel, betrayed their mission in order to overthrow the prime minister?

If a Knesset majority supports the claims of a conspiracy, this will be equivalent to a no-confidence vote in the agencies of government responsible for enforcing the law. To paraphrase the Talmudic allegory, if the lofty cedars — our elected representatives — so decide, what will the lowly hyssop — the man and woman in the street — say when facing the police, the prosecution, and the courts? If Netanyahu is granted immunity on the basis of his claim of an attempted coup, the door will be pushed wide open to anarchy.