The number of women in Knesset has increased dramatically to five times what it was 25 years ago. The share of women in the Israeli Knesset is now almost 27%, making it higher than in the U.S. Senate (20%) or the House of Representatives (19.4%). 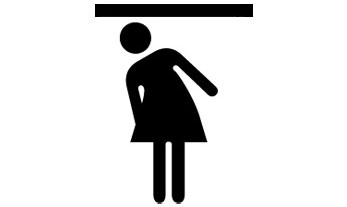 In November 2015, following the swearing in ceremony of Yael Cohen Paran as a member of Knesset (MK), the number of women MKs rose to 32, a record high.

The number of women in Knesset has increased dramatically to five times what it was 25 years ago. The share of women in the Israeli Knesset is now almost 27%, making it higher than in the U.S. Senate (20%) or the House of Representatives (19.4%). Further, Israel now only slightly lags behind the OECD average when it comes to women legislative representation.

Yet, this impressing increase has yet to be translated into parallel improvement in other political spheres and in senior executive positions. Only three out of the 21 ministers (14%) in the current Israeli cabinet are women. This figure is far behind the OECD average of about 30%. In several democratic nations – France, Norway, Sweden and Italy – there are currently gender-balanced cabinets. The most recent addition to this "club" was Canada, after Prime Minister Justin Trudeau stood by his campaign's commitment and appointed to his cabinet an equal number of women and men.

In Israel, not only is the share of women ministers extremely low, very few of those women have been appointed to lead any of the three most senior ministries: Defense, Finance or Foreign Affairs. Only Golda Meir (who was also prime minister between 1969 and 1974) and Tzipi Livni have served as Ministers of Foreign Affairs.

In local politics the situation is similar or worse. Of Israel's 40 largest cities, only one has a female mayor: Miriam Feirberg in Netanya. This is a direct contrast to a growing global trend toward women in local politics. Currently, there are women mayors of Paris (France), Madrid and Barcelona (Spain), Zurich (Switzerland) and Prague (Czech Republic). As of 2015, 18.4% of the mayors in U.S. cities with populations over 30,000 were women. This includes female mayors of Houston, San Antonio, Washington, D.C., Baltimore, Las Vegas and Minneapolis.

The importance of women in politics extends beyond questions of proper representation and political visibility. It is also a matter of public priorities and activities. The Israel Democracy Institute research team examined the legislative activity of MKs between 2006 and 2013 and found that female MKs generally have different political focuses from their male counterparts. For instance, these women were more involved in promoting bills and initiatives concerning education, health, social affairs and gender equality. As such, having more women in key political positions helps ensure that these and similar areas get enough attention.

How do we further increase the number of women in politics in Israel?

One must consider introducing measures of affirmative actions. The adoption of gender quotas, for instance, led to a profound upsurge in women political representation in France, Belgium, Portugal, and most recently in Ireland.

Further, the prime minister and party leaders must take action to strengthen the presence of women in cabinet and other senior positions, promoting them into roles such as deputy-ministers or chairwomen of parliamentary committees. Actions like these send a clear message to society that women can and should be in these leadership roles and encourage more women to assert themselves. They have also been proven to have an impact on women's empowerment outside of politics, in the realms of public and private employment and economy.