Implementing IDI's Israel 2050 program for emissions reduction is not only an urgent necessity, but also highly beneficial in economic terms. 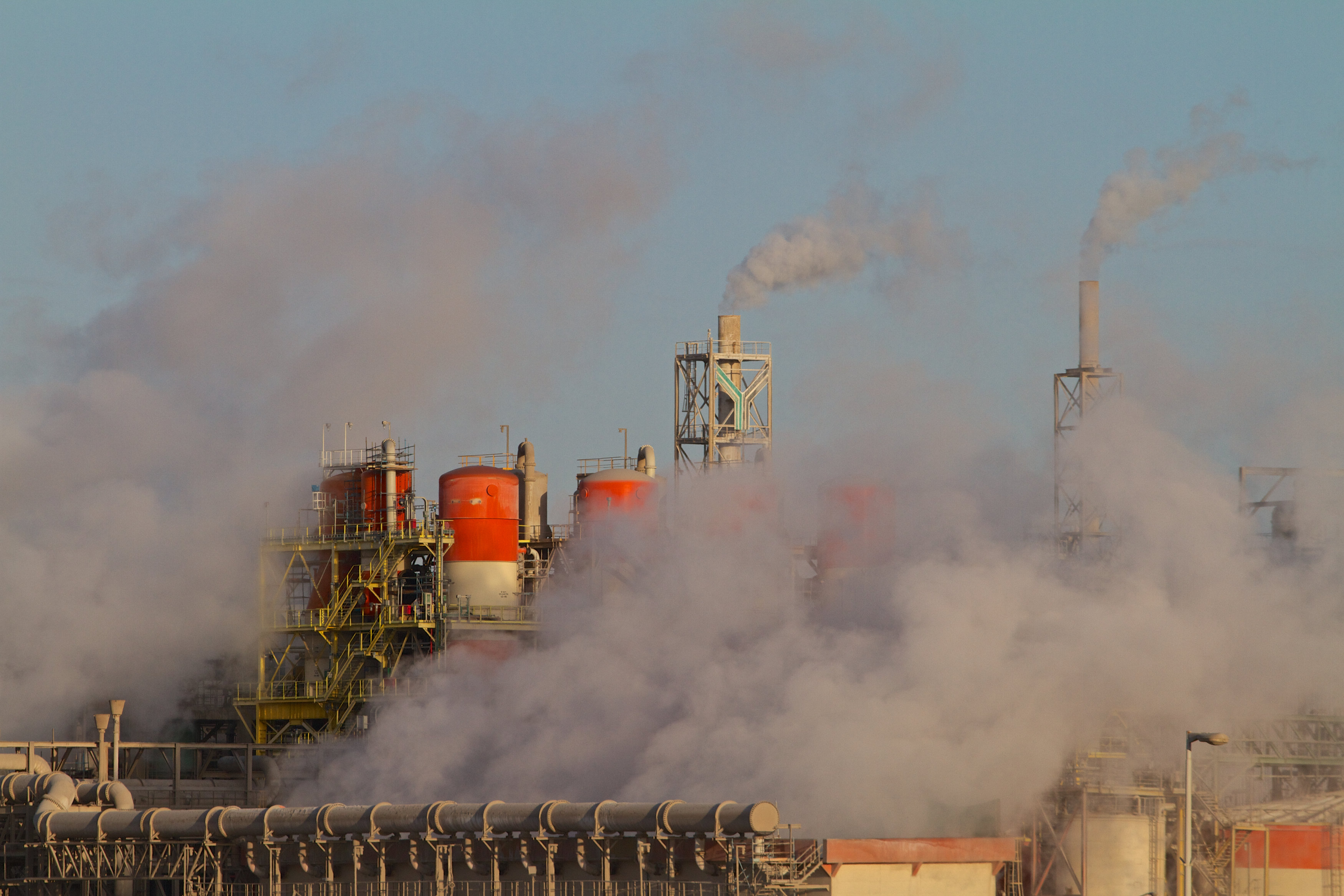 There is wall-to-wall consensus among leading international institutions, including the United Nations, the OECD, the EU, the World Bank, and the International Monetary Fund, that most of the steps being taken or planned today as part of the transition to a low-carbon economy also promote general economic growth in the medium and long term.

In the first section of this document, we cite policy measures currently implemented around the world, or that are described in the literature, whose goal is to reduce the harm to weaker populations in the course of the transition to a low-carbon economy and even measures to include these groups in the many benefits that derive from the transition. In the second section, we analyze the influence on Israeli households and the general public of specific components of the planned measures, based on a study conducted by the Israeli Public Policy Institute (IPPI) and on three public opinion surveys conducted by the Israel Democracy Institute. We also offer a summary of the insights produced by a participatory process including representatives of the public and civil society organizations

Based on the global experience, the surveys, and participatory processes, we present recommendations for policy measures that will help guarantee a just transition of Israeli society to a low-carbon economy.

1.1 Improve the identification of sectors of the Israeli population suffering from energy poverty, based on the definition of the basic energy consumption basket, as adapted to the Israeli context

In keeping with the results of the public opinion surveys and public and civil society participatory process, we recommend taking steps to reduce the burden of the transition on vulnerable populations and to include them in its benefits by helping them switch to a greener individual energy consumption, by promoting government investment in supporting infrastructure, and by encouraging private-sector investments in order to achieve these goals. These recommendations will be implemented by means of a basket of policy measures, as follows.

• Subsidization or joint financing (public and private financing for specific populations, of projects to insulate residential buildings, such as the insulation of walls, windows, and old roofs (as in Britain), including by providing logistic assistance in implementing the upgrade

• Reduction of the taxes and customs duties on air-conditioners and heaters with a high energy rating.

• Provision of incentives to contractors to undertake urban renewal projects and upgrade buildings to a green standard (such as in the National Outline Plan 38). The public opinion surveys revealed broad support for this measure as an incentive for upgrading residential buildings to a green standard. Here the focus should be on buildings located in areas ranking low on a socioeconomic scale , and especially in geographic regions where the climate is especially warm or chilly, such as the northern and southern districts.

• Upgrading the communications infrastructure, such as by laying optical fiber for fast internet in the rural periphery. This could help promote teleworking (even if only for part of the week) and thus lower the fuel expenditures of residents (in addition to reducing air pollution).

• Providing subsidies to upgrade old, polluting and fuel-guzzling motor vehicles to newer (used) models that use less fuel and pollute less, by providing differential scrapping grants. The eligibility criteria and size of the grant must prioritize households based on their income and distance from the workplace (as in France). This would provide a solution for residents of the rural periphery who need economic assistance to make the switch to more fuel-efficient vehicles.

• Reducing the annual motor-vehicle licensing fee and of the purchase tax on fuel-efficient (and less polluting) vehicles, as a function of their fuel efficiency and pollution ranking.

2.3 Decentralizing electricity generation to households and small- and medium-size producers

• Upgrading and expanding of the power-transmission network to distant regions in the periphery. This would make it possible for households to generate and distribute electricity and provide them with an additional source of income.

• Providing assistance to pay for the installation of solar panels on the roofs of vulnerable populations' homes. . This will make it possible for them to generate electricity for their own use and significantly reduce their energy outlays.

2.4 Increasing the incentives for channeling private investments to green sectors and vulnerable regions.

• Providing grants to plants or tax refunds in return for greater energy efficiency, as a way to cushion the transition to a low-carbon economy and protect existing jobs

2.5 Assisting in the funding of vocational training and retraining programs: providing funding and incentives for programs targeted at workers from vulnerable populations or regions who are liable to lose their jobs. Training programs for renewable energy branches, recycling, and a circular economy should be encouraged and provided with incentives, as should courses on new green production methods and on basic technological skills to permit remote work and services.

2.6 Recycling carbon-tax revenues to balance the tax burden. In the short-term , revenue should be recycled into expenditures, by directing the revenue from a carbon tax to fund financial incentives to encourage the consumption of green services and products. In the mid- to long-term, when the tax rate increases, we recommend that consideration be given to recycling the carbon-tax revenues by offsetting some other tax—preferably, by a reduction in a regressive tax , such as VAT. The advantage of using carbon-tax revenues to reduce VAT is that the choice of the sectors that benefit is not influenced by political interests and pressure groups, and consequently, is less likely to run into political and implementation obstacles. In addition, a reduction in value-added tax would benefit households as well as manufacturers and businesses that are impacted by the imposition of a carbon tax, without eliminating the incentive to reduce the consumption of polluting energy resulting from a carbon tax.

3.1 Information campaigns. The surveys we conducted show that a majority of the public is troubled by the climate crisis and believes that the Israeli government must take steps to deal with it. Nevertheless, there is still a need to expand the information campaign on the environmental and social costs of failing to adopt measures to avoid having to pay this price, especially for population groups among which this awareness is lower (the ultra-Orthodox, the younger generation, those with lower incomes and less education). The surveys also indicate a need for a major campaign on the benefits for the individual derived from the transition to green energy, such as by installing solar panels, upgrading the home to the green standard, or switching to a green motor vehicle—steps that—according to the surveys-- very few members of the public have taken thus far. . Finally, it was found that there is also a need for practical information about the logistics of improving household energy efficiency. The public views such information as an effective means for incentivizing households to take such steps.

3.2 Enlist the participation of the Israeli public. In the volatile era we are living in, and against the backdrop of the wave of public protests, it is important to develop platforms to enable the Israeli public to participate throughout the entire process. Effective public participation will include the provision of information and transparency on the one hand, while also ensuring that decision-makers are aware of the attitudes and needs of the populations affected by the measures while they are still devising policies.

3.3 Consider the application of principles of behavioral economics. We recommend that thought be given to the use of behavioral economics tools to rally the public to action. This should begin by identifying the contexts where there is a wide gap between the actual and ideal situations in matters related to the transition to a low-carbon economy because of behavioral obstacles among the public at large, identifying which of these obstacles are responsible for these gaps and identifying behavioral tools that are appropriate for dealing with them. This study of the effectiveness of the relevant behavioral tools can be done empirically by means of surveys, or experimentally- in the laboratory and the field, perhaps with the participation of local authorities.

3.4 Educate the younger generation. From the public participatory process that was part of the project, we learned that education on the dangers of the climate crisis and ways to prevent it, is inadequate. Many responses by the public and civil society organizations shed light on this shortfall. Accordingly, it is essential to introduce relevant material into schools in order to prepare and inform the younger generation. However, this tool is relevant only for them, and consequently does not offer a solution to the urgent need for public cooperation now. For this reason, it is of lower priority than broad information campaigns targeted at all ages.

This document is part of a series of studies being published by the Israel Democracy Institute in concert with the Ministry of Environmental Protection, as part of a special project, “Israel 2050: A Thriving Economy in a Sustainable Environment.” The series includes a study of the program’s impact on macroeconomic growth in Israel, including the anticipated costs and benefits of a reduction of emissions in terms of GDP in 2050 (Sussman, Plotnick, Davidovich, and Shoef-Kollwitz, 2020); a study of the program's effect on Israelis' quality of life e, based on quality of life indices devised by the Bank of Israel (Aviram-Nitzan and Sommer, 2019); a study that focuses on differential levels of carbon pricing in Israel, a policy tool that is common throughout the world, as means to incentivize various sectors to make the switch to a low-carbon economy and to understand the external costs of their economic activity caused by the use of polluting energy sources (Sussman et al., 2021); and three public opinion surveys conducted by the Israel Democracy Institute to examine the Israeli public’s awareness of the climate crisis, its willingness to take action, and its preferences and opinions about various policy measures (Aviram-Nitzan and Kedar, 2020; Aviram-Nitzan and Shoef-Kollwitz, 2020; Aviram-Nitzan and Shoef-Kollwitz, 2021). In addition, IDI researchers and representatives of a coalition of civil society environmental organizations have written a report that outlines a program for a green exodus from the COVID-19 pandemic, including recommendations for its inclusion in the 2020-2021 state budget (Sussman, Sharon, and Shoef-Kollwitz, 2020).

Link to the Hebrew document:https://www.idi.org.il/media/16517/a-fair-transition-to-a-low-carbon-economy.pdf