In a poetic piece written for Yom Kippur, IDI Vice President Prof. Yedidia Stern asserts that prayer should echo the existential human experience, reflect the ongoing dialogue with alternative cultures, and allow the individuals praying to bring their whole selves into their prayer. 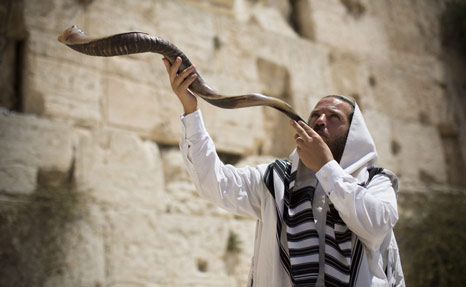 What does this phrase mean? Is it applicable to our modern lives or just rote recitation of an ancient verse? Who are these "sinners?" And why do we repeat the phrase three times?

One should try to make these ancient words relevant to today's world. I would like to suggest that the repetition of the prayer three times may reflect three meanings to the inclusion of the sinners.

First, when all congregants join with one another on Yom Kippur, a day of decisive and collective judgement, they accept each other without being judgmental. Appearance before God is an existential experience that all human beings share in a way that equalizes sinners and normative individuals. From this perspective, acceptance of the "other" does not depend on his/her actions, but it is an act of deep, humane partnership.

The second meaning of the phrase is deeper. It is the understanding that praying together with a sinner is not an act of generosity or tolerance. In contrast, I need this sinner. This encounter is one that not only benefits the sinner, but me. At this level, the other is considered to be a sinner because he represents an alternative culture (not a criminal). When one meets the alternative it causes him to conduct an internal dialogue. Though it may be painful; the reward is sure to come.

Prayers said among a homogeneous group are shallower and less vital than prayers recited among variant voices, by individuals with disparate identities. While some might desire a uniform synagogue environment and the benefits that come from everyone being the same, including those who have different values is necessary to experience the true depth of prayer. Disharmony better opens the Gates of Heaven.

Lastly, this idea of praying with sinners requires deep and soulful introspection. In this third meaning, the sinner is not the other, but me. In each of us, there are both strengths and weaknesses. When we enable "prayer with sinners," we are permitting ourselves to reflect on our whole selves – the parts of us with which we are comfortable and those parts for which we are least proud.  Our Sages teach: "With all of your hearts." Hearts is plural and refers to that our heart is made up of two disparate parts: the good and the evil inclinations. The believer should not hide from God, but rather reach out to Him in his entirety, flaws and all.

It appears that prayer that is truly an outpouring of our souls should express the three levels above: it should echo the existential human experience; it should reflect the on-going dialogue with alternative cultures and it should allow the individual praying to bring his whole self into his prayer.

In our secular life, a person is innocent until proven otherwise. Therefore, a normative individual does not bear the weight of judgement. On the other hand, in the spiritual and religious realm, the day of judgement is directed at everyone—sinner or righteous: "Today the world was created. Today all of God's creatures stand in judgement."

The differences between one's sins and another's sins become smaller in front of God. When humans classify, label or judge one another it only serves to distance them from each other. But if I can recognize that I am flawed, then I am better able to come together with others and we can stand collectively under the same prayer shawl.

Israeli society spends much time bringing into focus the differences between variant sectors, emphasizing the gaps and highlighting the fissures. As such, Yom Kippur may serve as a point of reference in time, which reminds us that we need each other and share the same human condition. This is among the most important lessons we can take with us from the High Holidays.

A version of this article was published in The Jerusalem Post on September 21, 2015.