The seventh annual report on ultra-Orthodox society in Israel found that in 2021 78% of ultra-Orthodox women and 51% of the men participate in the workforce; preliminary reports show a slight improvement in the first three quarters of 2022 - 80% and 53% respectively. In addition 44% of the ultra-Orthodox in Israel live in poverty

The survey presents recent trends in ultra-Orthodox (Haredi) society in a range of areas, including standard of living, education, employment, social mobility, leisure, and lifestyles.

However, challenges of real integration in employment remain: the gaps in types of employment between ultra-Orthodox and other Jews have not narrowed in recent years and ultra-Orthodox are still concentrated in high percentages in education and welfare – and much less so in industry and high-tech.

Looking to the future, the Report also shows mixed trends: on the one hand, an increase in the number of Haredi academics (though most of them degrees in education), and on the other hand, a rapid increase in technological training, which may also affect employment and wages of their graduates in the future. Time will tell how the new government, and the face that representatives of ultra-Orthodox parties now hold significant positions of power will affect these trends.” 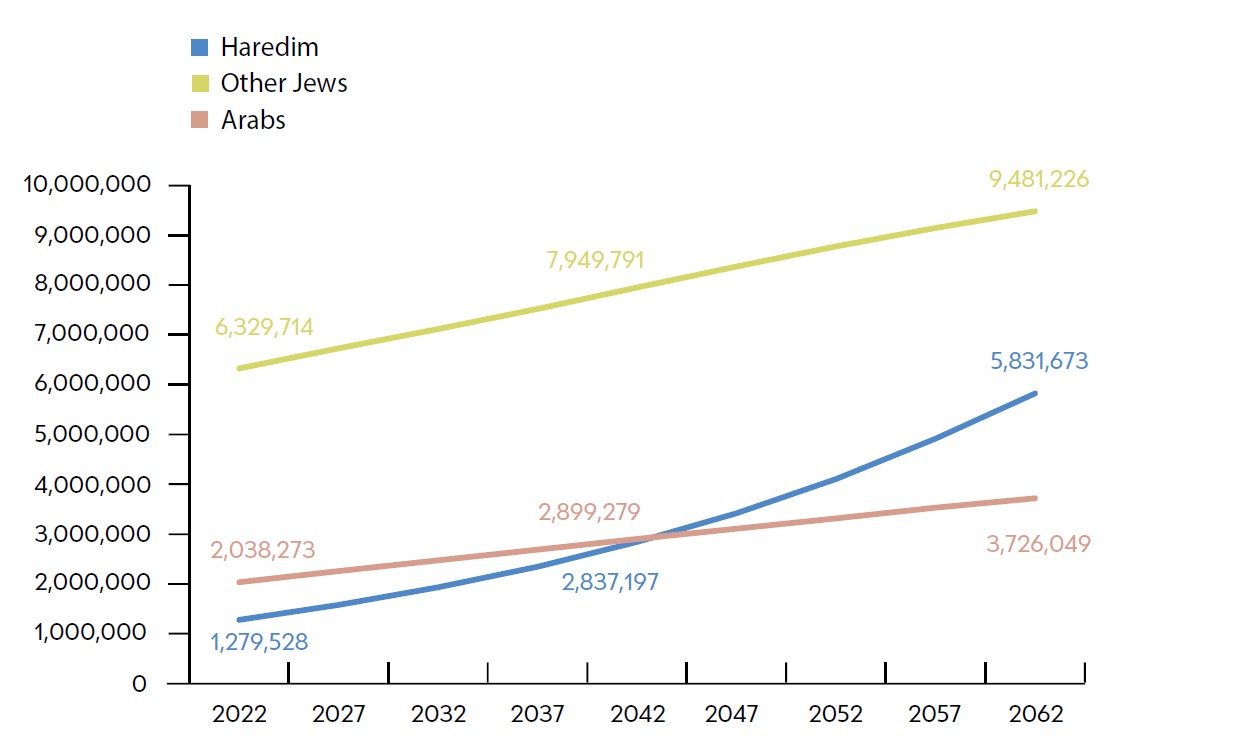 The Education System - The ultra-Orthodox education system (under age 18) had 373,000 students in the 2021/2022 school year, constituting 19.5% of all students in Israel and 25.5% of students in the Hebrew-speaking educational system.

74% study in ultra-Orthodox institutions – that are “recognized but not formal”, 22.5% are “exempted” and 3.5% are State-Haredi schools ( stream) (state-funded public schools with core curriculum).

Matriculation Exams - 59% of ultra-Orthodox girls in 2019/2020 took the matriculation exams – up from 31% in 2008/2009. However, among the boys there was a slight decline (15%). Overall, only 14% of ultra-Orthodox were eligible for a certificate – in comparison with 83% eligibility among the rest of Jewish Israelis (national and national religious stream public schools).

Yeshiva and Kollel students - between 2014-2021 the number of men studying in Yeshivas and Kollels grew by 46% and today there are 138,367 students in these education systems.

Higher Education – Between 2009-2022 the number of ultra-Orthodox students in higher education institutions grew by 235% - constituting 10.5% of all students in Israel.

Poverty – in 2019 rates of poverty were higher among ultra-Orthodox (44%) than among the rest of Israelis (22%). The average monthly income of an ultra-Orthodox household (NIS 14,121) is substantially lower than among other Jewish households (NIS 21,843).

However, the latest data from the first three quarters of 2022, show that in the last year there has been an increase in the rate of employment among ultra-Orthodox men (incomplete data for the year 2022 show a 53.5% employment rate, the highest in the last 25 years) and 80% among women. The increase of Kollel students during the same period increased only by 2.4%.

Military and Civil service – There is a decrease in the number of ultra-Orthodox men who serve and in recent years only 1,193 men served in the military and in 2020 only 495 volunteered in national civil service.

Internet – An increasing amount of ultra-Orthodox Israelis are using the internet – 66%, compared to 94% among other Jewish Israelis.

Volunteer and Charity – 40% of ultra-Orthodox volunteer for community service and 86% give money to charity, compared other Jewish Israelis 23% and 58% respectively.

Data presented in the Statistical Report are based on data produced by the Central Bureau of Statistics, government ministries and agencies, and the National Insurance Institute.