The demise of the 19th Knesset was hastened by Prime Minister Benjamin Netanyahu's firing of Finance Minister Yair Lapid and Justice Minister Tzipi Livni. In the article below, IDI researcher Dr. Ofer Kenig discusses the various grounds for firing ministers in the past and how the current case fits into Israeli political practice. 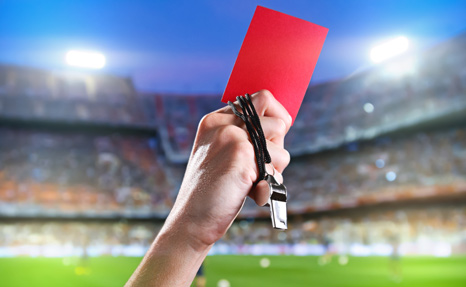 On December 2, 2014, Prime Minister Benjamin Netanyahu fired Finance Minister Yair Lapid and Justice Minister Tzipi Livni. The reason for the firing that emerges from Netanyahu's statements was that Lapid and Livni undermined him and attempted to form an alternative government coalition. Regardless of whether there is any basis for this accusation, the past weeks have illustrated the depth of the crisis of personal trust between Netanyahu and his two senior ministers. Did such incidents also occur in the past or were ministers fired for other reasons?

The firing of Lapid and Livni came at a time when it was already very apparent that Israel’s 33rd government had reached its end and that we were heading for elections. In this sense, the dismissals had no significant political meaning; they can be compared to a soccer referee flashing a red card during injury time, when the result of the game is no longer in question. Nonetheless, this is the first case in a decade in which a prime minister has exercised his authority to fire ministers from the government.

This article maps the reasons given for the firing of ministers in the past and reveals that most of the cases, there was a violation of the principle of collective responsibility. Was that also the case this time?

The Grounds for Firing a Minister

The various grounds for firing a minister can be divided into two clusters. The first cluster entails ousting a minister from the government because of actions or statements that constitute a violation of the principle of collective responsibility.  According to this principle, which is a foundation of the parliamentary system, members of the government are entitled to express their opinion and even to vote against a proposal or policy raised by the prime minister within the cabinet, but from the moment the cabinet makes a decision, they must fall in line. That is, if a particular decision was made by a majority of the cabinet members and it then comes up for a vote in the Knesset, all government ministers—including those who opposed it—are obligated to support it. If they feel that their conscience does not allow them to stand behind the decision, they should resign; if they do not resign, the prime minister is expected to fire them.

According to a broad interpretation of collective responsibility, ministers must also demonstrate “loyalty” to the government in general. If they speak out publicly against government policy or their remarks can be construed as harsh criticism of the prime minister, it is understood that the prime minister has sufficient grounds to dismiss them from their positions. If this is true, in the current reality, one might argue that Minister of Economy Naftali Bennett's job should also be at risk, since he is quoted as saying that “a government that hides behind concrete barriers has no right to exist.” Should the prime minister dismiss a minister who behaves this way? The answer is not unequivocal. On the one hand, one can argue that in a sound parliamentary democracy, ministers who are so critical of the government of which they are members should not continue to serve in it. In a properly functioning political culture, such ministers usually resign on their own initiative, and if they fail to do so, the prime minister shows them the door. On the other hand, prime ministers have a clear interest in maintaining the stability of their government and not rocking the coalition boat. They therefore prefer to act with restraint and refrain from exercising their right to fire a minister who speaks ill of the government.

Either way, there is no doubt that during the past two decades the notion of collective responsibility has eroded in Israeli democracy, and prime ministers have been very reluctant to fire ministers who speak strongly against the government. This erosion occurred after a long process that actually strengthened the prime minister’s formal authority to fire ministers, as will be seen below.

The second cluster of reasons for firing ministers includes grounds such as:

It would be accurate to attribute the firing of Livni and Lapid to a crisis in personal trust with the prime minister. If there is indeed a basis for the accusations that they attempted to undermine Netanyahu and form an alternative government, their firing would be similar to the firing of Shimon Peres in 1990, in the framework of the political maneuver that came to be known as the "stinky deal.”

Until 1962, Israeli prime ministers did not have formal authority to fire ministers. Ministers were able to violate collective responsibility without the prime minister being able to punish them.

In these early cases, ministers who violated collective responsibility were indeed punished and ousted from the government. But the need for the entire government to resign in order to enforce collective responsibility was seen as a convoluted and ineffective mechanism. For this reason, in 1962, the Knesset amended the Transition Law (Basic Law: The Government was only enacted six years later) to explicitly authorize a prime minister to fire a minister who votes against a cabinet decision in a Knesset vote or who abstains from such a vote. Relying on this amendment, Prime Minister Yitzhak Rabin fired the ministers of the National Religious Party (NRP) in December 1976, after two of them abstained in a motion of no-confidence. Similarly, Prime Minister Ariel Sharon exercised this authority in 2002, when he fired four Shas ministers after they voted in the Knesset against the economic emergency plan approved by the cabinet (some two weeks later, however, those ministers returned to their positions). Two years later, Sharon fired the Shinui party's five ministers after they voted against the state budget bill, and fired Minister Uzi Landau for voting in the Knesset against the disengagement plan approved in the cabinet.

Firing Ministers for Other Reasons

Until 1981, the law was silent about firing ministers on grounds other than violation of collective responsibility. Prime ministers could not dismiss a minister because he or she was implicated in a scandal, for inadequate personal performance or inadequate performance of the ministry for which he or she was responsible, or because of a crisis of personal trust. In 1981, the Basic Law: The Government was amended to explicitly authorize the prime minister to fire a minister. Article 22B of the law stipulates: “The prime minister is entitled, after informing the government of his intentions, to remove a minister from his post.” The language of the law does not specify grounds and thus grants prime ministers broad discretion in such dismissals.

The first case of firing a minister for reasons other than violation of collective responsibility was in 1990. Prime Minister Yitzhak Shamir learned that his finance minister, Shimon Peres, was trying to cobble together an alternative coalition. This disloyal conduct led to Peres’ dismissal, a move that quickly precipitated the resignation of the other Alignment ministers and comprised the opening gambit of the “stinky deal.” Nearly a decade later, Prime Minister Netanyahu fired his defense minister, Yitzhak Mordechai, for similar reasons of disloyalty. In the weeks preceding his dismissal, Mordechai, a member of Netanyahu's Likud party, openly adopted a critical tack vis-à-vis the prime minister, questioned his own future in the Likud, and even publically contemplated joining the Center Party that was just being formed. Netanyahu viewed this behavior as intolerable and fired him.

The prime minister who exercised the authority to fire ministers most widely was Ariel Sharon. In addition to the cases cited above, he fired three other ministers from his government in 2004. In one case, he fired Yosef Paritzky (Shinui), at the request of Partizky's faction, because of involvement in an internal party-political scandal. In a second case, he fired Ministers Avigdor Liberman and Benny Elon. The dismissals of Liberman and Elon raised considerable debate because they took place several days before a critical vote in the cabinet on the plan to disengage from Gaza.

In Sharon’s assessment, his proposed disengagement plan would not win the vote of a majority of the cabinet members; as a result, he fired the two ministers in order to secure the necessary majority. This move—firing ministers in order to win a majority in the cabinet—came under fierce criticism and even led to a High Court petition seeking to invalidate the dismissals. The court rejected the petitions, ruling that the prime minister has the authority to fire a minister because of his political views and that political considerations are not improper in a prime minister’s decision to fire ministers. Thus, the court further expanded the broad authority of the prime minister to fire members of his government.

The Israeli prime minister’s power to remove ministers from their posts has grown stronger over the years. However, this does not mean that prime ministers are keen to exercise this authority. In general, they are very cautious, fearing that the firing of a minister or ministers will cause turmoil in the coalition. Thus, Prime Minister Peres refrained from firing Minister Yitzhak Moda’i in the mid-1980s, despite the latter’s harsh and disparaging criticism of Peres. Similarly, in 1993, Prime Minister Yitzhak Rabin chose not to fire Minister Aryeh Deri, even after Deri was indicted on charges of corruption. Nonetheless, the firing of ministers who blatantly violate the principle of collective responsibility and fail to toe the government line in a Knesset vote has apparently taken root as a nearly obligatory practice.