Dr. Ofer Kenig argues that amending the clause of the Basic Law that limits the number of ministers in the next government to 19 is not only unnecessary, but also brings about a sense of déjà-vu that the Knesset is defying the rules of the game once again. 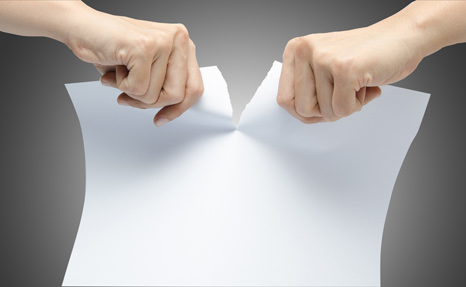 Published in: The Marker (Hebrew)

Israel's coalition negotiations have moved into high gear and we must hope that Israel's elected politicians will be wise enough not to cancel the law limiting the number of ministers.

There are several reasons why the limit on government size is justified. First, it saves public funds. Although one can argue that the savings are marginal and that this is a shallow populist argument, it is obvious that a smaller number of ministers, deputy ministers, and government offices will result in a certain amount of savings.

Second, a large number of ministers damages the efficiency of the government's discussions and the decision-making process. Having a large number of ministers also often leads to the creation of new ministries and to taking apart and reassembling others. This undermines the stability and continuity in Israel's executive branch and public administration. A large government also increases the risk of random changes in the powers that are granted to the various ministries and in the division of labor between them. In contrast, having a small government will increase the chances of establishing a fixed list of executive offices and will foster certainty and continuity in the government's work.

A fixed number of ministers could also serve as a dam that holds back coalition pressures and strengthens the position of the person who has been tasked with forming the government. With a fixed number of positions to allocate, it will be clear from the very beginning of the coalition negotiations that the number of portfolios that will be distributed is not unlimited. Hence, the bargaining power of the parties would be weakened.

We must hope that Prime Minister Netanyahu will prevent a move that would do away with the limit on the number of ministers. A cabinet of 19 members is a reasonable number that strikes a balance between the need for an efficient government with a fixed number of executive offices and the need for proportional distribution of ministerial portfolios among the different parties in Israel's multi-party coalition governments. It is also important to bear in mind that if a broad coalition of 70 MKs or more is formed, the law allows the limit to be exceeded and permits more ministers to be appointed.

Beyond these practical considerations, however, there is an additional concern: the message that the Knesset will be sending to the public if it decides to overturn a limitation that was passed by a large majority just a year ago, after long and thorough discussions on the subject. Like the last time a limit on the number of ministers was overturned in 1999, cancelling the limit would reflect a political culture that is motivated by narrow, short-term interests and considerations. Even worse, frequent changes in the rules of the game, as they are defined in Israel's Basic Laws, lead to disrespect for the legal framework of the State of Israel. The possibility of such change makes it clear, once again, that there is a real need to adopt a constitution that will clearly define the rules of the will preclude the possibility of making changes on the spur of the moment.

Dr. Ofer Kenig is a research fellow at the Israel Democracy Institute and a senior lecturer at the Ashkelon Academic College.

This article was originally published in Hebrew in The Marker on April 27, 2015.