Dr. Amir Fuchs discusses the proposal to add an override clause to Israel's Basic Law: Human Dignity and Freedom that would enable the Knesset to bypass the High Court and deal a a severe blow to the main safeguard of human rights and minorities in Israel. 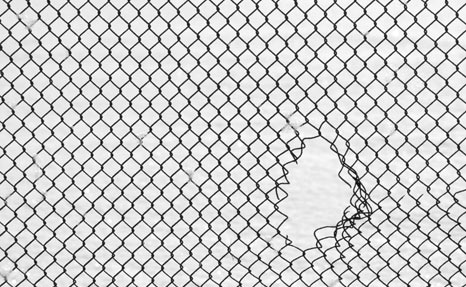 "But I assert that, above everything, in a democratic country, the entity that defends and guards freedoms and rights is the court.… In a democracy, I believe that a strong and independent judiciary is what enables the existence of all the other democratic institutions.… In the last few months, I have shelved every bill that would threaten the independence of the courts… and I will continue to do so. Every time a bill that might threaten the independence of the courts comes across my desk, we will reject it."

— Prime Minister Benjamin Netanyahu at the swearing in ceremony of the new President of the Supreme Court, February 29, 2012

A number of bills that threaten the independence of the courts are currently pending before the Israeli government. In the wake of the High Court ruling that struck down the revised version of the Infiltrators Law, new proposals have emerged to limit the court’s authority. Of the many creative schemes put forward, the discussions are now focused mainly on the proposal to add an override clause to Israel's Basic Law: Human Dignity and Freedom. Such a law would authorize the Knesset to re-enact a law that “bypasses the High Court” and would take precedence over this Basic Law, thereby in effect overriding the High Court decision.

This is not the first time that the possibility of adding an override clause has come up for consideration. Former Justice Ministers Daniel Friedmann and Yaakov Neeman proposed the enactment of "Basic Law: Legislation," which would incorporate such a clause; similarly, several draft constitutions for the State of Israel also include this kind of mechanism.

Most proposals for such a clause would require a supermajority of 70 or 80 Knesset members to pass an override law, but some—like the proposal currently under consideration—would require only a bare majority of 61. Whereas earlier proposals offered a "stick" along with the "carrot" in the form of a full Bill of Rights (as in the draft constitutions) or formal recognition of the principle of judicial review (as in the proposed Basic Law), the present bill does not include such an incentive. It would simply allow the Knesset to override High Court rulings that invoke the rights interpreted from Basic Law: Human Dignity and Freedom.

Anyone who is concerned about the protection of human rights in general and of minorities in particular must oppose this initiative. Basic Law: Human Dignity and Liberty in effect functions as the State of Israel’s incomplete Bill of Rights. It protects the right to dignity, personal liberty, freedom of movement, privacy, property, and more. Coupled with a Court ruling that interpreted “human dignity” as including some aspects of freedom of expression and the right to equality, this law makes it possible for the court to set limits and to restrain the legislature in extreme cases. The possibility of overriding this law, even if it is only possible by a supermajority vote, would enable the majority to ride roughshod over the minority and would breach the protective wall around Israeli democracy. The argument that a supermajority would be required and that the provision expresses the will of the legislature is inadequate, because a regime in which the majority can trample the rights of the minority is not a democracy in the fullest sense.

Even if it were to be passed by an overwhelming Knesset majority, a law prohibiting Arabs from assembling in public or demonstrating, for example, would still be illegitimate. If we accept a system in which such a law could exist (as a result of an override clause), we will no longer be able to tell the world that Israel provides constitutional protection of fundamental rights. We will not even be able to say this to ourselves.

The international norm is that constitutions do not include override provisions—and for good reason. The only country other than Israel that has such a clause in a foundational document is Canada, where the province of Quebec demanded that a general override clause be included in the Charter of Rights and Freedoms as a condition for agreeing to the passage of the Charter. A legislative override of a court ruling that strikes down a law that contradicts Basic Law: Human Dignity and Freedom would not be a “dialogue” between the judiciary and the Knesset (as asserted by the bill’s sponsors), but just the opposite: it would strip the entire constitutional discourse of meaning. Anytime a gatekeeper such as the Attorney General or the legal advisor to the Knesset would object to a bill on constitutional grounds, the objection would be summarily dismissed due to the assumption that “the law can always be passed again if the High Court strikes it down.”

An override clause is liable to deal a severe blow to the main safeguard of human rights and minorities in Israel. Anyone who is concerned about the image of the State of Israel or who seeks freedom, equality, and justice, must oppose it.

Dr. Amir Fuchs is a researcher at the Israel Democracy Institute.

This article was published in Hebrew in Haaretz on October 5, 2014 and in English in the Jerusalem Post on October 27, 2014.