In an op-ed in Makor Rishon, Prof. Mordechai Kremnitzer explains the importance of the fifth meeting of the Police and Society Forum, which was dedicated to the question of partnership and transparency in the relationship between the Israel Police and Arab society. 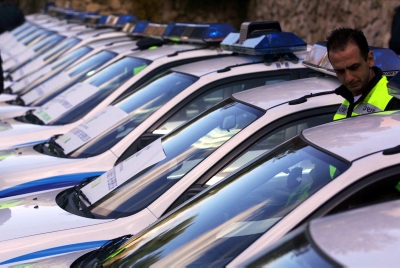 The Commissioner and senior leadership of the Israel Police were recently criticized for having participated in a full-day seminar at the Israel Democracy Institute on Sunday February 16, 2014, in the midst of turbulent times for the police and public order. As someone who participated in the seminar and was involved in its preparation, I would like to offer a different opinion.

The seminar was the fifth meeting of the Police and Society Forum, a joint initiative of the Israel Democracy Institute and the Israel Police. The meeting was dedicated to the question of partnership and transparency in the relationship between the Israel Police and Arab society, and was attended by senior personnel of the police, Arab public leaders, representatives of government ministries, civil society activists, and academic experts.

The relationship between the Israeli police and Arab society is a complex and sensitive matter. Relations between the police and minorities are emotionally charged in general. In the case of the Arab citizens of Israel, the population is at one and the same time a national, cultural, and political minority, as well as a minority living in the periphery and afflicted by poverty. If special efforts are not invested in this relationship, negative attitudes may develop both within the police and within the minority, which can lead to violence, as seen in the events of October 2000.

The main insight that was revealed about Israel's Arab population is that Israel's Arab citizens have a high level of willingness to cooperate with the police, to accept police presence, to receive information from the police, and even to provide voluntary assistance to the police. It turns out that the attitude of alienation from the police and opposition to their presence that used to be prevalent among the Arab public has changed. It has emerged that in places where there are no police, crime flourishes undisturbed. Thus in reality, there is no substitute for law enforcement by the police—nor should there be, in principle. Accordingly, a police presence in Arab communities is vital.

To meet the objective of preserving law and order in the Arab communities,, the Israel Police must be provided with resources that will enable it to increase policing in Arab communities. Additional police stations must be built and opened in Arab towns. Yet this is not enough. Even when they are present, the police are powerless without the help of the public; the police cannot be effective if citizens are not willing to complain, to report crimes that have been committed or that are about to be committed, and, of course, to testify.

The willingness to cooperate with the police is strengthened by a particular type of police activity—activities that aim to serve the citizenry and that are essentially community-oriented, respectful, and sharing. To be able to foster such willingness, the Israel Police must train officers in how to serve a multicultural society while recognizing the special cultural codes of its various subgroups. The police force must have the ability to adapt the nature of its actions to match the special nature of the community in which it operates, in order to ensure that police activity is appropriate and informed.

To meet this goal, it is not enough to recognize the special characteristics of the group as a whole. The Arab population of Israel is not homogeneous, and providing it with police services requires familiarity with the various groups of which it is comprised. Mixed cities are particularly challenging. The personal safety of residents and the quality of life in the community are built on a unity of purpose and a true partnership between the police and the community in achieving the goal of stopping crime. A shared commitment to zero tolerance of violence will quell violent crime.

In the fight against crime, dealing with juvenile delinquency is especially important. When people are still young, proper intervention can return them to the correct path. The chances of reforming people at later stages of life are far lower. Juvenile delinquency in the Arab population is, to a great extent, the rotten fruit that stems from a lack of sufficient investments in education, in drop-outs, in social welfare services, and in leisure facilities. Environments with poor infrastructure foster crime, boredom, and inactivity. In such settings, accomplished criminals walk the streets and serve as role models for youth, inspiring delinquency. Multi-faceted and multi-pronged cooperation is necessary to address the needs of at risk youth. In the current reality, the police must go beyond the narrow definition of their responsibilities, play a leadership role, and work together with all relevant community bodies in order to keep track of at-risk youth and find appropriate methods to reduce risk. Investing time, energy, and resources at this stage of life yields a high return. Each young person who can be saved is an entire world, both in terms of the individual and of society as a whole.

The positive relationship that is being developed between the Israel Police and Israel's Arab population harbors the potential for better relations between the Arab population and the Israeli establishment as a whole. The positive feeling towards the State of Israel and its authorities that is based on the real-life experiences of Israel's Arab citizens is good for them and is good for us all. Hopefully, police officers will remember the need to nurture this relationship when they deal with demonstrations in which the Arab public is involved, as insensitive treatment of protesters have the potential to spoil—in one fell swoop—sustained efforts that are positive and constructive.

A version of this article was published in the Hebrew weekly Makor Rishon on February 21, 2014.