Should the State always present its position in one unified voice or should state institutions with specific expertise be allowed to present their views separately in certain cases? In an op-ed in Haaretz, IDI's Prof. Mordechai Kremnitzer and Attorney Talya Steiner discuss the case of sex discrimination in pension benefits, in which both the State Attorney and the Equal Employment Opportunity Commission will present their positions to the Labor Court. 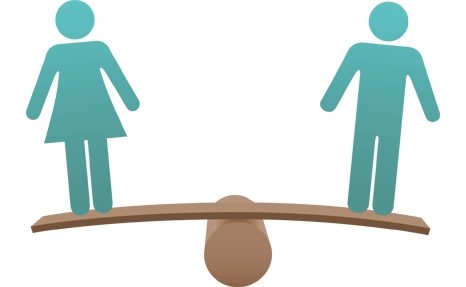 It is likely that for many people, there is nothing remarkable about the following statement: The Equal Employment Opportunity Commission (EEOC) is currently formulating its position on the question of whether there is discrimination between men and women in the terms of their pensions. This is being done at the request of the Labor Court, which is currently investigating the matter.

A long struggle, however, preceded this statement—a conflict that may not yet be resolved. As recently reported in Ha'aretz, the Attorney General objected to the possibility that the Equal Employment Opportunity Commission would present its position independently. The court, however, decided to allow the opinion to be presented nonetheless.

There is a fundamental flaw in the position of the Attorney General regarding this matter. While it is generally appropriate for the State to present its position in one voice, in this case, having the Commission appear before the court was intended to provide special representation for the value of equality in the labor market. In the legislature's opinion—as expressed in the fact that the Commission was explicitly authorized to intervene in legal proceedings—equality in employment is a value that is not adequately represented in the courts and is not sufficiently recognized. There is no dispute regarding the breadth of vision of the Attorney General in representing the State of Israel and the public interest. However, given the deep inequality in the Israeli labor market (including among government employees), and the severe damage that is caused by such inequality, the legislature wanted the value of equality to have special representation in judicial proceedings.

In the case of the Equal Employment Opportunity Commission, the Commission's expertise in employment equality and its status as a public body demand that it be allowed to express its views to the court. In appearing before the court, the Commission will not be presenting the position of the State; rather, it will be presenting its own position. And if that is not enough to satisfy the Attorney General, the legislature explicitly expressed the opinion that the Commission should be authorized  to be involved in legal proceedings. Furthermore, the fact that the Attorney General allows the Commission to appear before the court when the defendant is a private employer but is opposed to such participation when the defendant is the State, results in a serious distortion, as the value of equality is receives greater representation in private sector cases than it does in public sector cases. The practical result of this may be that the State may actually have a lower level of commitment to equality when it is an employer than other employers have. Under these circumstances, it is not justified for the Attorney General to prevent the court from being exposed to the position of the Commission, even if it differs from his own. This should not be seen as a challenge to the authority of the Attorney General; rather, it should be seen as an increase in the representation that is being given to the value of equality.

Attorney Talya Steiner is a researcher at IDI and the author of the policy paper Combating Discrimination against Arabs in the Israeli Workforce.