In an op-ed in Haaretz, IDI researcher Attorney Amir Fuchs shares his thoughts on the proposed "NGO bill," which would limit donations to human rights organizations in Israel. 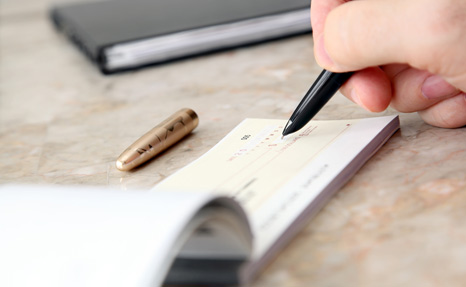 During the previous Knesset, the bill proposed by MKs Ofir Akunis and Faina Kirshenbaum that sought to hinder funding for human rights groups was shot down. MKs Ayelet Shaked and Robert Ilatov have tried to resurrect it by proposing another NGO bill last week and told the media that a "softer version of the NGO bill has returned."

This "softer" version would forbid an NGO from receiving more than NIS 20,000 from "foreign entities" if that organization, its members, employees or anyone related to it does one of the following explicitly or implicitly: calls on Israeli soldiers to stand trial in international courts, calls for a boycott of Israel or its citizens, denies Israel's right to exist as a Jewish and democratic state, or incites racism or calls for an armed struggle against Israel.

Obviously, the last two criteria are illegal regardless, and NGOs that seek such ends are forced to break up. The bill's true goal is to hush up NGOs that do not find favor with the government, particularly those that embody the first three criteria, which of course are perfectly legal (at least for the moment). Adopting this bill would severely harm freedom of expression and freedom to organize in Israel. As the attorney general wrote regarding his intention not to defend Shaked and Ilatov's bill at the Supreme Court—"stopping activity permitted by law cannot be a legitimate aim."

Furthermore, the "softened" bill includes the clause that makes an NGO liable for the "sins" of its members and employees. The bill's previous version treated each NGO as a corporation, while this time an NGO would be in violation if just one member, manager or employee were found doing something that explicitly or implicitly contradicted the thought police's rules. It's hard to exaggerate the bill's absurdity in its current form—it calls for the surveillance and blacklisting of activists and protesters, as well as those who sign academic petitions or write articles the government doesn't like. All this is to criminalize the NGOs they work for.

If this bill passes, Israel will join the distinguished list of countries like Russia and Venezuela where such donations to human rights groups are forbidden. This bill will only bolster those throughout the world who seek to denigrate Israel.

This article was originally published in the English edition of Haaretz on July 15, 2013, and has been reprinted with permission.

Attorney Amir Fuchs is a researcher at the Israel Democracy Institute, and is conducting research as part of IDI's Democratic Principles project.