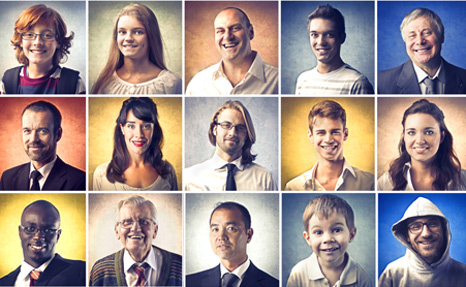 On December 10, 2013, Human Rights Day was commemorated in Israel and throughout the world. The last few years have not been favorable for the protection of human rights in Israel. A variety of rights have come under massive attack in the Knesset. In the last Knesset, for example, freedom of expression was silenced by the Boycott Law and was threatened by attempts to amend the Defamation Law. Similarly, the Admission Committee Law grossly violated the right to equality and dignity, and the right to due process was undermined repeatedly by legislation that violates the rights of suspects and detainees.

The most concerning and dangerous threat to human rights in Israel, however, stems from indirect rather than direct attacks on human rights. In the absence of a constitutional bill of rights, a document that the vast majority of democratic countries have, the only protective barrier that safeguards the rights of disadvantaged groups in cases of infringement in Israel is built by the Supreme Court and human rights organizations. In Israel, however, both the Court and human rights NGOs have been under a massive attack during the last few years—both by attempts to pass restrictive legislation and by campaigns of delegitimization that are intended to create an environment that is conducive to limiting the activities of these bodies.

Ever since Basic Law: Freedom of Occupation and Basic Law: Human Dignity and Liberty were enacted in 1992, the Supreme Court's power to criticize the government's activities and the Knesset's legislation has been a cornerstone in the protection of human rights in Israel. Over the years, even before the enactment of these two basic laws brought about Israel's "constitutional revolution," the Supreme Court courageously and intelligently created a bill of rights through case law. Following that, the Court's rulings created a constitutional system, which serves as a normative basis for the legislation of the Knesset. Since Israel does not have an actual constitution, however, this constitutional infrastructure lacks stability, and every incidental majority in a Knesset vote can damage the frail system. This type of impact is evident when the Knesset strips the Supreme Court of its power of constitutional review, or it determines that certain issues are not justiciable, or when it introduces an "override clause" as in the proposed Basic Law: Legislation and in MK Ayelet Shaked's proposed amendment to Basic Law: Human Dignity and Liberty, which would allow the Knesset to override Supreme Court rulings in cases in which the Knesset manages to assemble a majority of 61 Knesset members.

Attempts to change the way in which judges are appointed, such that judges become political appointees, is an additional way in which the independence and power of the Supreme Court are undermined. All the above methods are ways in which attempts are made to minimize and weaken the strength of the Supreme Court—the most central and important institution for protecting human rights in Israel.

Human rights organizations, which play a vital role in identifying violations of human rights and bringing relevant cases to the Court for adjudication, are also under attack in Israel today. In recent years, there has been an increase in the number of legislative initiatives that—as in countries such as Russia and Venezuela—aim to weaken the power of human rights organizations in Israel and damage their sources of funding. These organizations have also been the subjects of delegitimization campaign and slander, and have been dubbed "traitors" and "abettors of terrorism." When the Minister of Public Security announced several weeks ago that administrative detention would be used in the war against organized crime in Israel, he found it appropriate to add: "We have had enough of hypocrisy and the human rights organizations." He thus blamed Israel's human rights NGOs for the inability of Israel's police to wipe out organized crime.

We must strongly voice our opposition to these dangerous trends. The Supreme Court and human rights organizations are protecting the lifeblood of Israeli democracy. Their strength and independence are essential to Israel's continued existence.

A Hebrew version of this article was published in Haaretz on December 11, 2013.