As the tenure of the State Comptroller, Justice (Emeritus) Micha Lindenstrauss, nears its conclusion, it is a good time to assess the goals and methods of the State Audit.  Should the auditor issue recommendations or binding requirements?  What is preferable - "real time" criticism or criticism after the fact?  Should personal criticism be issued or should the focus be organizational?  On Tuesday June 5, 2012, IDI's George Shultz Roundtable Forum convened to discuss these and other questions about the desired nature of the state audit. 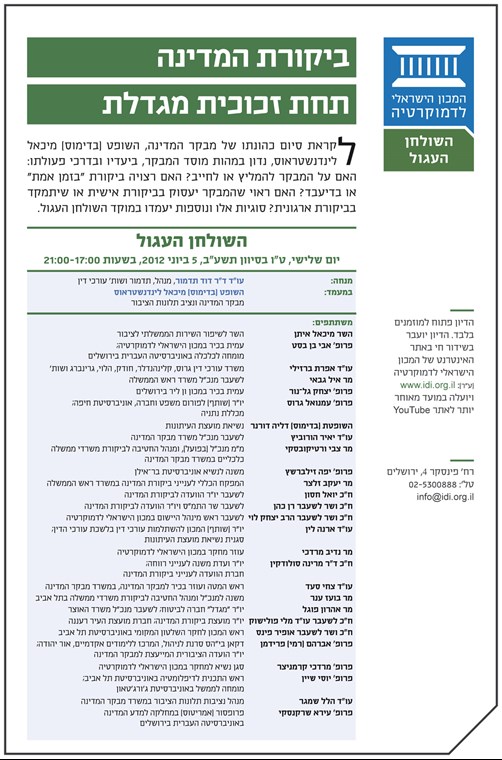