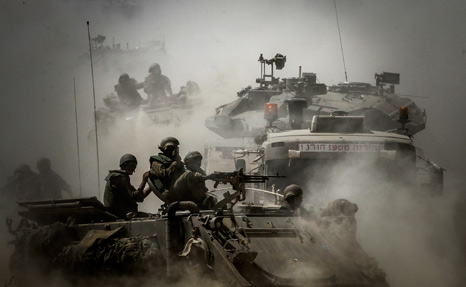 In a report submitted to the UN Independent Commission of Inquiry on the 2014 Gaza Conflict at its request, he stresses that Israel has proven that it has all the mechanisms necessary to conduct a reliable, independent inquiry that meets the requirements of international law.

Cohen asserts that the process that the State of Israel and the Military Advocate General Corps (MAG Corps) within the Israeli Defense Forces underwent in the last decade led to the adoption of the laws and norms of international humanitarian law and of mechanisms for investigating suspicions of violations.

In his submission, Cohen presents the findings of the Turkel Commission, which were issued in 2010, and argues that Israel actually adopted most of the parameters defined by the Commission. In addition, Israel has established judicial review of the decision-making processes of the MAG's office by the Supreme Court and the State Comptroller. As a result, he asserts that the internal Israeli system is, in fact, working as part of the international legal system.

According to Cohen, during Operation Protective Edge, Israel established an investigative body headed by General Noam Tivon, incorporated representatives of the MAG Corps in the ongoing decision-making processes and empowered them to serve as independent agents with the authority to collect evidence and findings in real time in the field, and more. Consequently, Israel proved that it has all of the mechanisms and measures necessary to conduct a reliable, independent inquiry.

Prof. Cohen argues that at this stage, and in view of the developments of the Israeli system detailed above, external intervention by international bodies in the investigations of Operation Protective Edge will undermine the foundations of the process that took place in the Israeli legal system and the demands of the international community that Israel adopt international norms in its internal legal system.