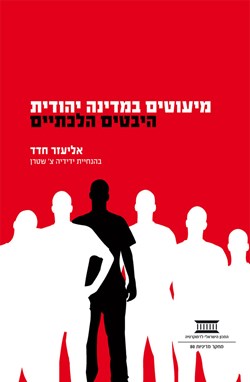 The Status of Minorities in the Jewish State

This study identifies two approaches to the status of the ger toshav – the non-Jew living among Israel – found in classical halakhic literature. According to one view, the granting of rights to non-Jewish minorities is conditional, and depends on their partial assimilation into the Jewish people and forfeiting of their unique national identities. According to the other view, the ger toshav may keep his national identity, but his status is not given a formal basis in law.

Approximately 25% of the residents of Israel are not Jews. This position paper explores the question of their status from the perspective of halakha. According to Jewish sources, is it possible to give non-Jewish minorities full equal rights, as would be required in a democratic state? And what is the place of the unique national identities of minorities in a state that is defined as being Jewish?

This study identifies two approaches to the status of the ger toshav - the non-Jew living among Israel - found in classical halakhic literature. According to one view, the granting of rights to non-Jewish minorities is conditional, and depends on their partial assimilation into the Jewish people and forfeiting of their unique national identities. According to the other view, the ger toshav may keep his national identity, but his status is not given a formal basis in law.

Changes in international norms and the establishment of the State of Israel presented contemporary halakhic authorities with the challenge of examining the halakhic feasibility of granting full equal rights to minorities who do not give up their distinct national identities. This study describes six halakhic models that can be found in the responses of contemporary halakhic scholars to this challenge, which have all internalized the international norms that demand equal rights for all residents of the state. This requires striking a balance between extending full civil rights to minorities in Israel and preserving the Jewish identity of the state.

This policy study examines the status of non-Jews in the State of Israel from a halakhic perspective, based on the stances taken in traditional Jewish sources over the generations. Since religious perceptions are largely shaped by halakhic opinions, the issue of the status of Arabs and other minorities in the democratic Jewish state affects the views of the religious and even the traditional public on a practical level. In religious discourse, sweeping statements are sometimes heard regarding a halakhic view of Arab citizens of Israel as "second-class citizens," so to speak.  The present study found that although exceptional opinions of this nature have been expressed in halakha, most contemporary halakhic scholars propose that Arabs and other minorities be regarded as citizens with equal rights.

There are two approaches in classical Jewish sources regarding the status of a gentile residing among Jews, which I have termed the "national approach" and the "universal approach." Both are characterized by a certain degree of tolerance, which allows gentiles with a different national and cultural identity to reside among Jews as gerim toshavim ("foreign residents"), provided that they accept a basic level of obligations known as the Seven Noahide Laws. This requirement established a common denominator among all the inhabitants of the Land of Israel, and only on this basis were gentiles residing in the Land allowed to preserve their distinct identity. According to the national approach, these seven commandments are part of the Torah and are demanded of anyone who wishes to dwell among Jews. According to the universal approach, these obligations, which do not have specifically Jewish components, reflect basic human norms that apply to everyone.

The national approach requires gentiles to undertake a rudimentary level of Jewish observance based on their recognition of the Torah as a source of binding authority that applies to them, and that preserves their rights in its laws. By contrast, the universal approach does not demand that gentiles observe Jewish laws, but rather requires them to fulfill their basic human obligations. Consequently, although Jews are enjoined to treat gentiles ethically, it does not establish their rights in law.

In the contemporary context, the national approach demands partial assimilation of non-Jewish citizens into the State's culture and identification with the State and its laws in exchange for partial civil rights, while the universal approach allows non-Jews to maintain their separate identities without assimilating into the State, which limits itself to granting them basic human rights.

Echoes of both approaches can be heard in every discussion on this issue. In my opinion, however, no approach can be found in halakha that disavows the notion of the Jewish nation-state, although there are nuanced variations concerning the way the State should be run. The national approach favors the essentially uniform identity of all citizens and, therefore, mandates adherence to the fundamental laws of the State and identification with its authority as the basis for the State's stability and identity. In contrast, the universal approach permits multiculturalism grounded on a common human foundation, but does not support diversity at the institutional level, where it espouses only the culture of the majority.

Both approaches recognize that the rights and status of non-Jews are contingent on the fulfillment of the requirements demanded of them. Today, however, there is a new demand, unknown in the classical sources – allowing non-Jews to concurrently maintain separate national identities and enjoy full civil rights.

The majority of contemporary halakhic authorities who have addressed these issues have accepted this twofold demand in practice, though they have used different halakhic arguments to support it. Thus, they have recognized the need to give halakhic expression to the changes in ethical standards that have taken place in the world, including the norm in democratic states of granting equal civil rights, irrespective of religion or ethnicity.

I have identified six models employed by the halakhic scholars of our generation to define the status of non-Jews in the State of Israel. The first model, which represents the mainstream halakhic approach, entails examining the status of non-Jews in Israel through the halakhic classification of ger toshav. The halakhic authorities, who sought to base the norms of a democratic state on a halakhic foundation, adopted the universal approach in defining a ger toshav. At the same time, they did not find any halakhic prohibition against granting members of this group the full rights that are customary in a democracy – including the right to vote and to run for public office – because of the representative and limited nature of the powers of democratic governments.

By contrast, those who maintain that it is necessary to limit the rights of non-Jews in Israel, including the right to reside in Israel, took the national approach in defining ger toshav, which entails conditions and restrictions. A moderate position made their status as gerim toshavim and citizens with equal rights contingent on a declaration of loyalty to the State of Israel, or at least on recognition of Israel as a Jewish state.

The second model is based on the limitation of Israel's powers in response to international pressure. In this situation, where the State's power is limited, there are no halakhic restrictions with regard to the Muslims and Christians already residing in Israel, and they may be granted all the customary rights of the State, without the need to define them as gerim toshavim, since they are not considered idolaters. However, the immigration of non-Jews to Israel is not permitted without being subject to all the conditions required to designate them gerim toshavim.

The third model bases the rights of non-Jews on the fact that the State of Israel was established by virtue of a United Nations resolution and, therefore, its sovereignty derives from the agreement of the nations of the world. These nations conditioned the establishment of a state for the Jews on its democratic character, including equal rights for its non-Jews residents. In this situation, Israel is not a sovereign state, but a state in which the nations of the world are partners. Consequently, the halakhic laws regarding a non-Jew do not apply, and the State may shape its laws in accordance with democratic norms, even in the case of non-Jews who are idolaters.

The fourth model is based on the prohibition against violating international treaties and declarations to which the State is committed, and whose transgression would be the desecration of God's name. Israel's Declaration of Independence is a public pledge on the part of the State and is, thus, halakhically binding. The State of Israel must uphold its commitment to the equal rights of all its citizens irrespective of religion, race, or sex, as stated in the Declaration.

In the fifth model, the international norms inaugurated in the modern era originate in the "ways of pleasantness" mandated by the Torah and in the religious rulings promulgated "for the sake of peace" with respect to relations between Jews and gentiles. According to this model, these rulings were not issued for utilitarian reasons, but rather in recognition of the fact that peace between people is posited as the all-encompassing aim of the Torah. Consequently, there is a need to formulate egalitarian rulings with respect to Jews and non-Jews in our times in order to avoid "hatred." In light of the prevailing inequality in the world in the past, halakhic disparity between Jews and non-Jews was acceptable. Today, however, any discrimination will engender resentment; hence, there is a halakhic obligation to enact equal laws for Jews and non-Jews.

According to the sixth model, which offers a more radical halakhic approach, fundamental halakhic innovation is required, since the evolution of interpersonal norms in the nations of the world demands comprehensive "modernization" of the treatment of non-Jews. All of the laws set forth in the past related to non-Jews whose idolatrous beliefs led them to engage in immoral behavior and, therefore, these laws do not apply to present-day non-Jews, who hold moral religious views. In this case, the Declaration of Independence serves as an appropriate foundation for the treatment of non-Jews in the State of Israel.

Most of the models described above have incorporated the international norm of equal rights for all citizens of a state, for which there is a halakhic basis. Hence, the universal approach, which ultimately took root in halakha, does not require non-Jews to change their cultural identity and recognizes them as citizens with equal rights (including the right to elect representatives to the Knesset and be elected to it). Yet the very emphasis on these rights has heightened the need to express the Jewish identity of the State in other ways. Full implementation of equality is liable to lead to the eradication of the Jewish nation-state, since it is fundamentally opposed to its worldview, which seeks to apply its laws in the political sphere of Jewish existence.

The need to strike a balance between full civil rights for non-Jews in the State of Israel and the preservation of the State's Jewish identity has led to the development of a distinction between "individual rights" and "national rights." According to this position, non-Jews in the State of Israel may be accorded individual rights, but not national rights. This distinction is not clear-cut, and the gamut of opinions on the definition of individual rights ranges from legislative restrictions on the right to be elected to public office to the granting of full equal rights, including recognition and support of non-Jewish culture. There are those who would condition full rights on the explicit acknowledgement of Israel as a Jewish state, and those who assume that perpetuating the State's identity will be accomplished by maintaining a Jewish majority. In any event, if the State's Jewish identity is to be preserved, it is essential that these cultural rights are extended only in the "sub-political" sphere, while the political arena reflects Israel's identity as a Jewish state.