Some 76 years ago, on August 4, Ze'ev Jabotinsky, one of the most prominent Zionist thinkers and leaders, founder and head of the Revisionist movement, Betar youth group and the Irgun paramilitary organization, died prematurely. It is interesting to explore his views on matters related to democracy and liberalism. 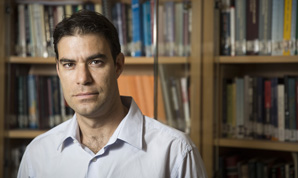 Some 76 years ago, on August 4, Ze'ev Jabotinsky, one of the most prominent Zionist thinkers and leaders, founder and head of the Revisionist movement, Betar youth group and the Irgun paramilitary organization, died prematurely. He was in the United States at the time.

While Jabotinsky was the guiding light of the national camp (his writings are the foundation of the Likud party's constitution) and was uncompromising in his hawkish, security-driven ideology, it is interesting to explore his views on matters related to democracy and liberalism. Jabotinsky strongly believed such values were crucial to the establishment of the future Jewish State.

Unfortunately, today the concepts of democracy and liberalism are mistakenly considered “leftist values.”

Of course, no one can truly know what Jabotinsky would have to say about the actions taken by today's Israeli government. However, as the Knesset's summer session winds down, it is possible to explore what Jabotinsky did say when he was alive, and reflect upon how those thoughts relate to the actions of today's leaders.

For example, coalition chairman David Bitan (Likud) recently said “the media is too free," while Prime Minister Benjamin Netanyahu, who also happens to be the Minister of Communications, has repeatedly attempted to restrict the Israeli media in general and public broadcasting in particular.

Moreover, the governing coalition recently passed the NGO Law. Despite an attempt to portray this piece of legislation as dealing with the issue of transparency, in truth the proposal sought to label organizations that receive foreign funding (even from countries that have warm relations with Israel) as foreign agents. The law therefore represents a violation of freedom of association and freedom of expression. Again, Jabotinsky's words are relevant:

"The constitution built along these lines will be essentially liberal and democratic. It will create a 'minimalistic' state, interfering with the individual's freedom only where an essential defense has to be enacted and avoiding all interference beyond that point. It will especially safeguard the freedom of expression (foreshadowed, as we have seen, by the free speech of the prophets), expression in every sense of the term. [And also] freedom of speech to associations."

One of the 'highlights' of the most recent Knesset session was the Expulsion Bill. The Israeli parliament amended the Basic Law and granted itself the unprecedented authority to oust an elected legislator. The law goes into effect whenever the Knesset, instead of the police, prosecutors and courts that are currently tasked with such matters, determines that an MK has incited racism or expressed support toward acts of terrorism against Israel.

This approach reflects a view of democracy in which a decision made by an overwhelming majority is inherently justified, even if it violates the basic rights to vote and be elected, cornerstones of a democratic form of government. Such a modus operandi is based on a very narrow definition of democracy that is based exclusively on the concept of majority rule, which allows any arbitrary action that the majority supports to be carried out.

This is how Jabotinsky might respond to such developments:

"Nevertheless, one very important condition should be stipulated. For inexplicable reasons, democracy is identified with majority rule. This is understandable from a historical perspective: Democratic governments were created under the banner of struggle against different types of minority governments. This was the contra-impetus of the pendulum. However, it is not exactly true that democracy blindly identifies with majority rule. The value of democracy is not at all in this, that the minority, i.e., 49 equal kings out of 100, or 10, or even one out of 100 should feel themselves enslaved."

It is worth noting that the amendment to the Basic Law of the Knesset wasn't a theoretical exercise, but designed to deal with specific MKs, from a specific party and from a specific nationality.

Obviously, such messages, along with the previous government's Nakba Law and Admissions Committees Law, flatly contradict Jabotinsky's stated belief in the critical importance of guaranteeing complete equality to Arab citizens of the future Jewish State.

"[Even] after the formation of a Jewish majority, a considerable Arab population will always remain in Palestine. If things fare badly for this group of inhabitants, then things will fare badly for the entire country. The political, economic and cultural welfare of the Arabs will thus always remain one of the main conditions for the well-being of the Land of Israel."

Jabotinsky was one of Zionism's greatest thinkers, if not the greatest. May Israel's leaders and citizens read his writings and embrace his liberal-democratic teachings.